The global provider of wine, spirits and sake qualifications announced today that it has received approval to set up a representative office as an overseas non-government organisation (ONGO) and can therefore resume its business operations in China after a year of suspension. 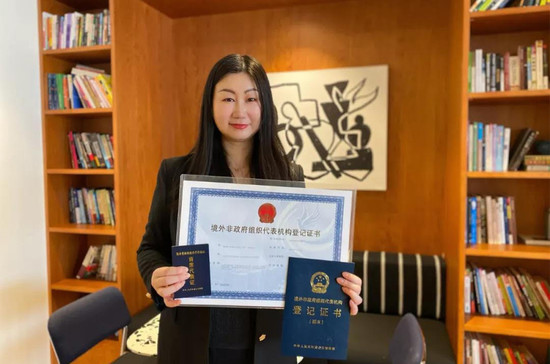 The Wine & Spirit Education Trust (WSET) has received official approval from the Chinese government to resume its operation in mainland China following a year of suspended business activities at the end of January 2021.

WSET has appointed Willa Yang as chief representative to head up its operations in China. Yang previously held leadership roles at Wine Australia’s China office and the Australian Trade Commission.

In addition, supporting its return to business in mainland China, WSET announced the opening of its new office in Shanghai.

WSET said it had ‘worked hard’ over the last 11 months to meet the requirements for resuming business and had ‘remained committed’ to the Chinese market.

‘I am delighted that we are now officially approved to resume business in China and, through our network of course providers, we will be able to start offering our qualifications to students once more,’ said CEO Ian Harris.

‘I am extremely grateful to our 100 plus Chinese course providers and their students who have supported us over the last 11 months. WSET has a history of over 15 years of empowering drinks professionals and enthusiasts in China through wine, spirits and sake education. My team and I are excited to be able to continue our educational mission,’ he added.

Yang said it was a ‘great honour’ to join the WSET team. ‘We enter 2022 with excitement and anticipation of great things to come. China’s wine and spirit category has been in continual growth and the demand for our qualifications has never been greater.

‘I look forward to working with our team in China, as well as our course providers, to lead the way in wine and spirits education in 2022 and beyond.’

WSET said it is now working closely with its course providers and the Chinese authorities and hopes that WSET courses and exams will restart following the Chinese New Year holiday period.