‘From today, I will “disappear” for four days, no phone, no wifi…’ When we went on board the cruise for the ‘Magical Mystery Tour’ at Punta Arenas, a fellow Chinese traveller posted this on his social media account. In a society where everybody’s life is heavily rely on the internet, what kind of experience this would be? Of course we didn’t forget that we were on a trip organised by the Wines of Chile for us to understand the wines of Chile.

Is the transportation fee high due to the long distance? This is just an assumption. The cost of shipping wines from Xinjiang to Shanghai is much higher than shipping wines from Chile to Shanghai. But in the Northern Hemisphere, when the wines are ready to be bottled, the selling season has gone, and the winemakers have to store the wines until the next selling season comes. Therefore, in the ranking of export volume among the winemaking countries all over the world, the Southern Hemisphere countries are normally at the top – if we compare the proportion of total production capacity the export volume accounts for, Chile is probably at the top of the list (in the past decade, there were over 60% of Chilean wines being exported each year, and in 2010 the number was 80%).

In the Chinese market, Chile is the second biggest source country for imported wines both in bulk and by bottle, just after France, and the volume is nearly twice as the Spanish imported wines (third on the list).

The agriculture in Chile is largely insulated from external effects thanks to the ocean at its west and the mountains at the east. Therefore, there is no worry about the Phylloxera here. Although countries that graft their vines always try to prove that grafting will neither change the flavour of the wines nor sacrifice the quality of the wines, we have to admit that at least ‘non-grafting’ reduces the cost of vines.

Some Chilean vineyards sit by the mountain, some are located by the sea and some are at the plain valley bottom; in the north there is hot and dry desert, in the south there is cold glaciers – you can find every climate that is suitable for winemaking in this country. I strongly felt about this when I was studying in France in 2002 and visited Chile for the first time – ‘the choice of grape variety and cultivation pattern is completely depends on the investor’s immigration background; you can find the suitable terror here for whatever variety you are going to plant,’ said the winemaker at Chateau Los Boldos when we discussed the reason of choosing certain grape varieties. Maybe this was a bit exaggerated, but it was certainly another way to express the diversity of Chilean terror.

The diversity of terror is not always a good thing; especially when the region is not famous enough and doesn’t have enough influence. In this case, the diversity will complicate the product promotion. A wave of European people came to the country, bought the land, planted the vines and made the wines. Then they found out that even high quality wines may not be easy to sell. Thus the wine industry in Chile turned in to a development process of industry-wide promotion; Chilean wines won many awards in the international trade fairs and raised the attention from the international market. After the country’s political situation turned stable, the wine industry experienced the setup of its appellations system (in 1995) and the discovery of Carménère (in 1998); and Chilean wines became more and more important in the international market, even put pressure on some of the traditional winemaking countries.

However, most of the exported Chilean wines are bulk wines and, even for the bottled wines, the price is very low – often around a bit more than three dollars per litre. Ten years ago, I used to ask Sylvia Cava, the agricultural counsellor at the Chilean Embassy at the time, why they were selling a lot of Chilean wines at low price and in bulk to China; why not sell bottled wines to gain more added value? She said, ‘for now, we would rather ship the wines in bulk to China to reduce the inventory pressure, and to get the wine industry up and running.’

When we were on the cruise, Wines of Chile organised a few themed tastings for us, starting with a Carménère tasting. This is a unique variety. After DNA tests, people realised that the variety that had been mixed with Merlot in the vineyard for a long time and sometimes was referred to as ‘Chilean Merlot’ was actually the nearly extinct Bordeaux variety Carménère. The grape variety was officially recognised in 1998, and Chile became the world’s largest Carménère-growing country. If you would like to understand Chilean wines, you should start from this grape variety. Because of my good understanding of this variety, the tasting went very well. It is called Cabernet Gernscht in China, although some researchers disagree with it.

Later on, we also had tastings such as ‘reds and whites from cold and cool climates’, ‘the innovation of wine-growing and winemaking’ and ‘Chilean Cabernet Sauvignon and blends’. We were all interested in the ‘innovation’ tasting, and some wines with ‘fresh fruit and light body’ received widespread high praise, and were outstanding compared to some of the ‘fruit bomb’ wines.

Among all the tastings, the most impressive one to me was the tasting of ‘icon wines’. There was a hot debate about the wines. The most common point of view was that ‘the qualities of the wines were good, but the prices were too high; some of them even higher than Bordeaux Grand Crus.’

You can see from this comment the strong influence the Bordeaux wines have in China. The discussion (or the debate) continued at the party that night, then at the breakfast on the next morning. Mario Pablo Silva, the chairman of Wines of Chile expressed his opinion about ‘icon wines’ when we were having breakfast together. He said, ‘The Chilean wine industry needs icon wines. On one hand, the researchers and technical staff could understand from those wines that we could have higher quality wines in Chile, which will encourage them to lead the development of the industry. On the other hand, the icon wines can tell the consumers that Chile can make better wines. Of course we cannot have too many of these wines, otherwise they will not be “icon wines”.’

He added, ‘People who love Chilean wines are definitely the enthusiasts of icon wines.’ Thinking of the conversation I had with Ms Cava 10 years ago, I think the promotion of Chilean icon wines should start from the Chilean wine consumers, not converting the Bordeaux drinkers.

The tastings were all on the boat. Although there were glaciers outside the windows, everyone was quite focused on the tasting, because we were away from the distraction of the internet. Even those who always live broadcast their lives on social media had to save their pictures without posting them online. Patricio Tapia guided the tastings with rich and detailed background introduction. His presentation was appropriate, just like a glass of Chilean wine, opulent but not arrogant.

The unique and hard-to-repeat trip was so unforgettable, even though this was the third time I saw glaciers in this year. This experience with no altitude stress and just a glamorous 360-degree view was very impressive. I was amazed by the grafting of wine and natural scenery. This was definitely a successful model of the promotion of a new wine region. 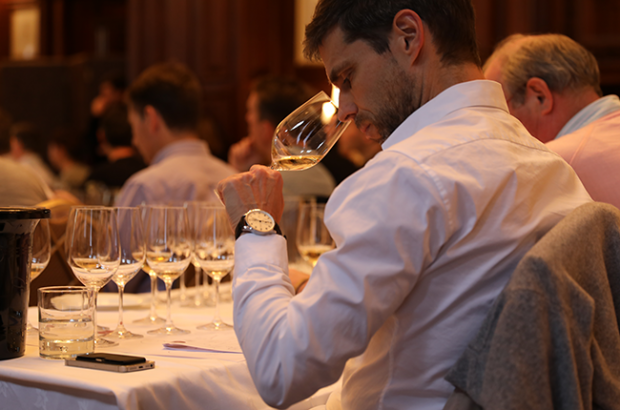 What is volatile acidity? - Ask Decanter