Chinese company Fosun, which has a 20% stake in Spanish wine and ham firm Osborne, plans to re-start stock exchange trading after a brief suspension following news that its chairman had 'disappeared' and was understood to be involved in a police investigation. 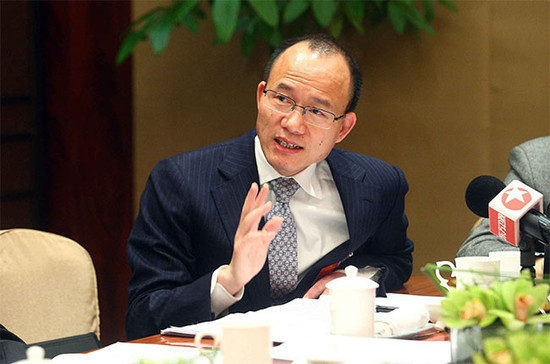 Fosun's shares were suspended from trading on the Hong Kong Stock Exchange on Friday morning, amid speculation that Guo was subject to an investigation by anti-corruption officials.

Fosun is one of China's largest private conglomerates. It entered the wine industry in 2014 by acquiring a 20% stake in Spain's Osborne group, a wine and premium ham producer.

Xinhua, China's state-owned media outlet, reported, 'The trading suspension comes after the news broke on Thursday afternoon that Guo had gone AWOL. Many linked his disappearance to an investigation by the authorities.'

On Friday night, Fosun issued an update, saying that trading in its shares will resume on Monday, 14 December.

It did not confirm Guo's precise whereabouts, but it said, 'The company understands that Mr Guo is currently helping the Chinese (mainland) police department with an investigation.

'In an appropriate manner, he will still take part in the discussions of the major issues of the company. The board thinks that the move did not bring significant negative influence to the finance and operation of the company.’

There were earlier unconfirmed reports on Chinese social media that Guo was detained by police at a Shanghai airport.

'This is an internal issue within Fosun,' said Julio Lopez Castano, Osborne's CEO, and its business development director Juan Alegria.

'It does not affect our operations, which are independent of any internal issue in one of our minority shareholders. Our brands and our operations are solid and are not affected by this circumstance.'

Osborne, which specialises in Rioja and Sherry, has been present in China for six years.