Once again the event was completely sold-out, proving that the appetite for fine wine amongst Chinese consumers is still impressively high. 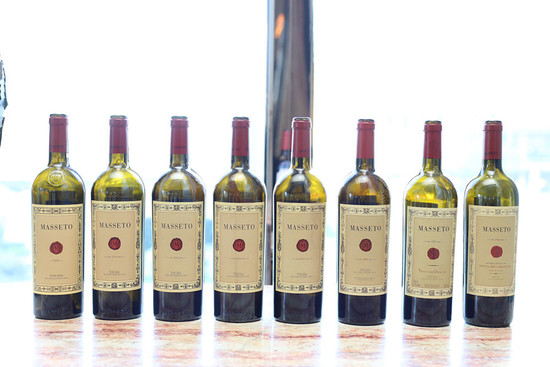 The day began with an eight vintage vertical tasting of one of Italy’s most prestigious and collectable wines, Masseto. Decanter’s content director John Stimpfig introduced Axel Heinz (below speaking), estate director and winemaker Elenora Marconi (below middle) who wowed attendees with these exceptional wines.

One of Rioja’s first and most distinguished bodegas Marqués de Riscal shared a selection of special wines with attendees, including its first signature wine, Barón de Chirel, and the 150 Aniversario, which celebrates the producer’s 150th anniversary and a remarkable Añadas Antiguas 1949. 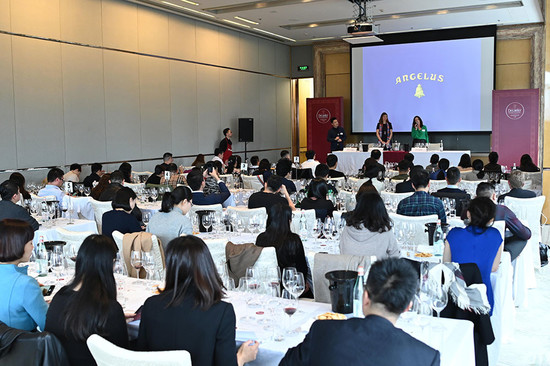 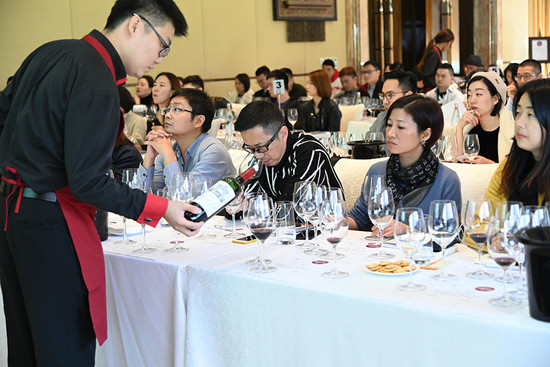 In addition to these masterclasses, in the Grand Tasting, attendees could taste over 500 wines from 107 top wineries, from 16 different countries including France, Australia, China, the US, Canada, Greece, New Zealand, Chile, Italy, Spain and many more. 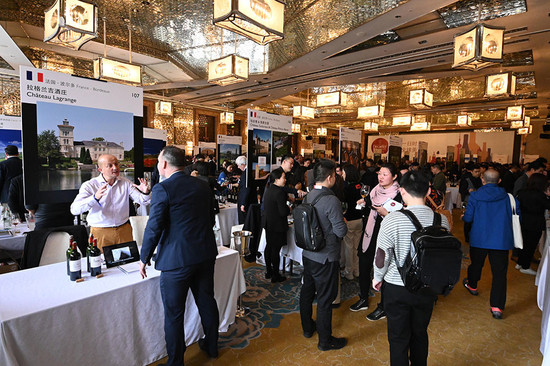 There was also the opportunity to taste an array of medal-winning wines from the 2018 Decanter Asia Wine Awards (DAWA).

Wines of Chile were this year’s featured region, where the very best Chilean wines were showcased at the event, and represented by the areas of Costa, Entre Cordilleras and Andes. 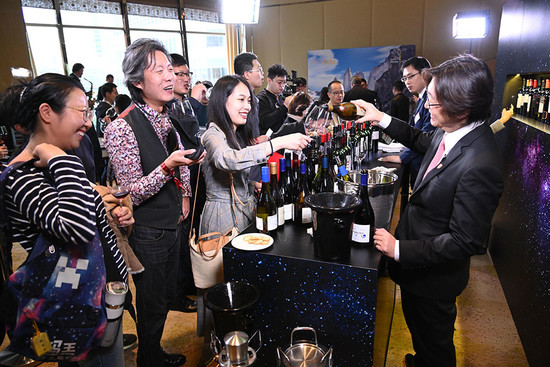 A ‘Chilean Wine Wall’ was also showcased, which showed wines from different appellations.

- Aurelio Montes (below, right), founder and head winemaker at Montes Wines, who spoke about the extremes of Chile 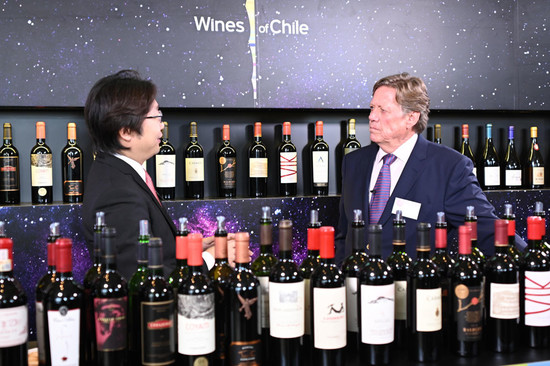 - Matías Ríos (below, right) chief winemaker at Cono Sur Vineyards & Winery who focused on the cool climates from Chile 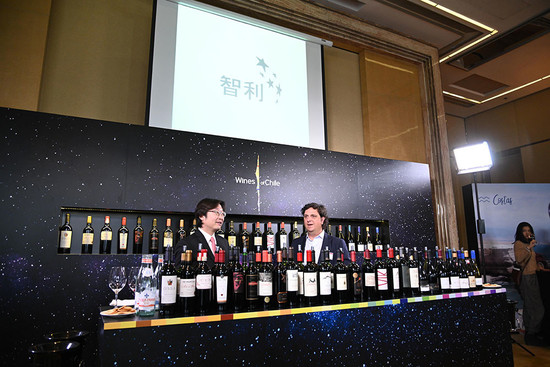 - Francisco Baettig (below, right), winemaker and technical director at Viña Errázuriz who presented Chile and its wine-aging potential 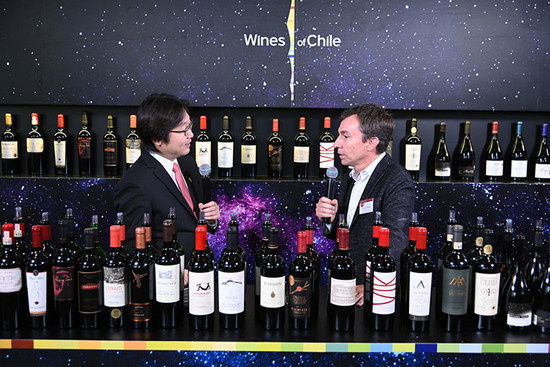 Significant social media interaction also took place on the day, as guests shared highlights with many photos and videos.

Live streaming videos shared on DecanterChina.com’s Weibo account from the Grand Tasting and masterclasses also received thousands of views on the day.

‘We were delighted to welcome so many eager wine lovers to the fifth edition of this annual gathering of the world’s greatest wine names in Shanghai,’ commented Decanter managing director Robin McMillan.

‘We were also thrilled and honoured that so many incredible producers travelled so far to be with us today and pour their wines. We very much hope that our guests were inspired and delighted by the wines and producers that came today.’

The next Decanter Shanghai Fine Wine Encounter will take place on 16 November 2019.

Many thanks to our loyal sponsors Acqua Panna and San Pellegrino mineral water for keeping guests hydrated on the day and to Riedel for supplying the glassware and to all Ritz-Carlton staff. 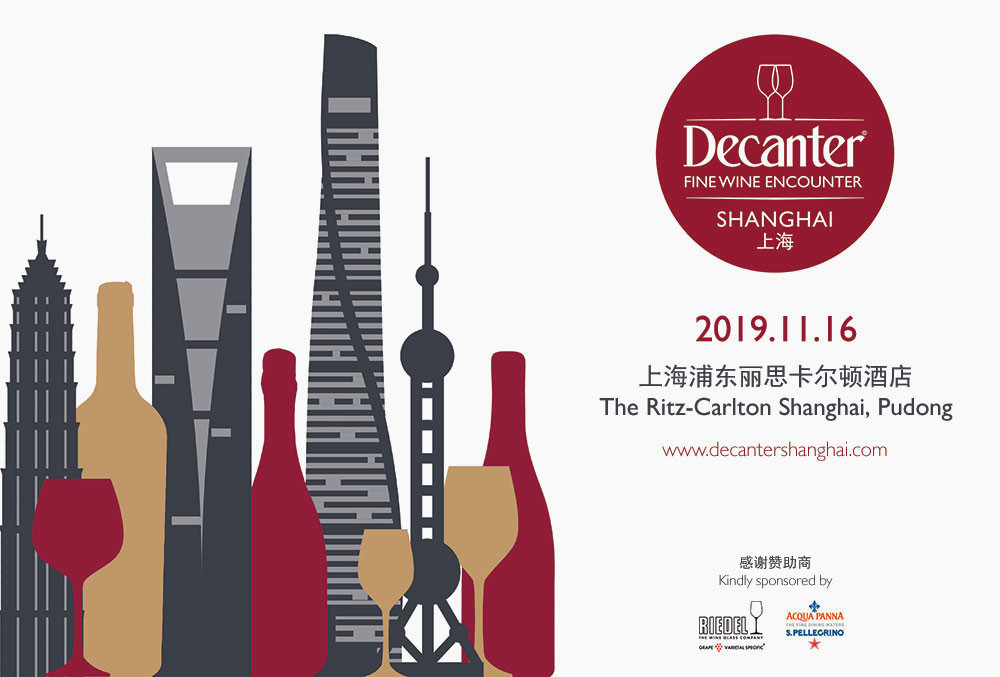