As the UK gears up to trigger Article 50 next week, a new report shows the extent of damage inflicted on Champagne sales in Britain by a 'sudden' fall in the pound sterling currency amid the Brexit vote. Below, see charts based on Comité Champagne data to show which country drank the most in 2016. 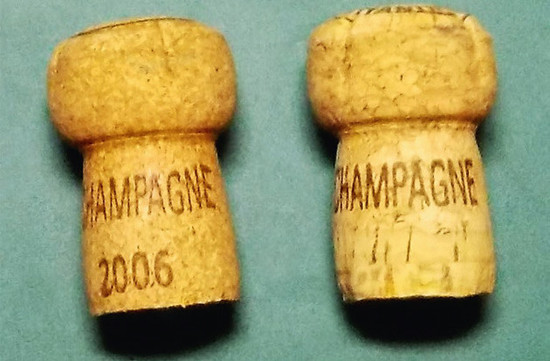 Fewer Britons celebrated with Champagne in 2016 and Champagne houses themselves made less money from one of their premier export markets, shows the full export report from the Comité Champagne.

As previously reported by Decanter.com, Champagne exports to the UK dropped by around 9% in volume in 2016 versus 2015, the Comité Champagne confirmed at the ProWein trade show in Germany.

New figures released this week show that the value of exports flowing across the English Channel dropped more sharply last year, by 14% to 440.3 million euros.

Total Champagne sales fell by 2% globally, to 306 million bottles, also hit by a 2.5% decline in France – which still constitutes around half of the overall market. In value terms, global Champagne sales reached 4.71 billion euros last year, only just short of the record of 4.74bn euros set in 2015.

See the chart below to find out the biggest markets for Champagne in 2016, based on Comité Champagne data. Below that, see the 2016 Champagne ‘form table’, showing the biggest risers in terms of bottles. 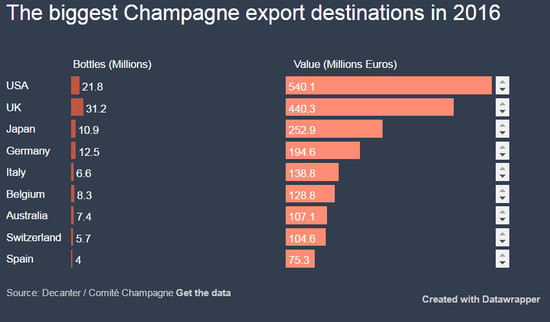