The inaugural Decanter Shanghai Fine Wine Encounter was held on 29 November and the first tutored seminar of the event was a tasting of Great Cabernets from China hosted by Steven Spurrier and me.

This seminar was suggested by Decanter publishing director Sarah Kemp, and we had a discussion about it face to face in this year's Vinexpo in Hong Kong. I think it's a meaningful event because China is not just a wine consuming market, but also a wine producing country, and has made some wines that have shone in international competitions. However, it wasn't an easy task to choose the wines for the tasting. They should represent both the quality of the winery and the personality of the region, thus we needed to include wines with exceptional quality and a stable reputation in the market.

At the beginning of the session, Steven introduced Cabernet Sauvignon to the guests in English. Thanks to the accurate translation from Lu Yang, wine director at the Shangri-La hotel and resort group, the Chinese-speaking audience were able to understand Steven’s speech.

Steven opened his speech with the description of Cabernet Sauvignon in the Wine Grape by Jancis Robinson, Julia Harding and Jose Vouillamoz, published in 2012. Cabernet Sauvignon is ‘the world’s best-travelled red wine variety making concentrated, tannic wines for particularly long ageing,' he began.

Cabernet Sauvignon is a mid-late maturing variety with vigorous growth and late germination, suitable for airy places with good lighting and slightly acidic gravel soil. Its clusters and berries are small, and the wax powder layer on the thick skin has a blue colour.

Which regions are planting Cabernet Sauvignon?

It's probably better to discuss which regions doesn’t grow Cabernet Sauvignon rather than to discuss the question above. This late-maturing variety is normally planted in cool areas, but only two regions among the hundreds produce extraordinary wines with it: the Medoc and Pessac-Leognan in Bordeaux, France. Bordeaux brought up Cabernet Sauvignon and made it famous all over the world, and all these have a close relationship with the disaster that happened a century and a half ago. After the Phylloxera catastrophe in the mid-19th century in Bordeaux, people unexpectedly had an opportunity to think again about the grape varieties and re-plant the vineyard, and Cabernet Sauvignon was chosen for the advantages mentioned above. The fame of Bordeaux wines also caught the eye of winegrowers all over the world and made the variety the most widely planted grape variety in the world.

Outside France, it is also growing in Penedes in Spain, Bolgheri in Italy, Napa, Sonoma, Santa Cruz Mountains and parts of Washington State in the USA, Coonawarra and Margaret River in Australia, and Stellenbosch in South Africa. In addition, the planting area of Cabernet Sauvignon in Chile and Argentina is also increasing.

Because of the small berry and thick skin of the grape, the wines usually have dark colour, high tannin and high acidity, which is good for aging in oak barrels. However, the fruit flavour in young Cabernet Sauvignon is hard to merge with the oak, so aging in oak would reinforce the strong tannin, and the wines would need many years of bottle aging, especially for the wines from cool regions like Bordeaux.

More than half of the vineyards in China are planting Cabernet Sauvignon. Apart from the extremely cold northern-east China where Cabernet Sauvignon can’t ripen, each and every region in the country has this grape variety, even in the hot and humid south, although China is a primary market with fast consumption as its main characteristic, and Cabernet Sauvignon wines are not good to drink young.

This grape variety was first introduced into Yantai, China in 1892, followed by a few more examples of large-scaled introduction till today. In the middle of the last century, Chinese scientists hybridised Cabernet Sauvignon with Alicante Bouche to cultivate red grape varieties Yan 73 and Yan 74. Besides the grafted seedlings from France, America and Italy at the beginning of this century, all of the Cabernet Sauvignon plants in China are younger than 20 years, and there are quite a lot of other varieties mixed in the vineyard – normally Merlot and Cabernet Gernischt (Camenere). Moreover, vines in the northern China vineyards need to be buried under the ground over the winter season, so the old vineyards usually use the ‘dragon’s head’ pruning system (Image 1 and 2) which will cause different degrees of maturity over the clusters. As a result, the so-called Cabernet Sauvignon grape often produce wines with vegetal, green pepper, even grass flavours.

In the Great Cabernets from China seminar, the four wines we chose were Grace Vineyard Deep Blue 2011, Ningxia Helan Qingxue Vineyard Jia Bei Lan Reserve 2011, Domaine Franco-Chinois Reserve 2011 and Silver Heights The Summit 2012. They are legally ‘Cabernet Sauvignon wines’ – none of them is 100% Cabernet Sauvignon, but the variety in the wine is no less than 75%, so they all meet the criterion of ‘varietal wine’ in the Chinese wine product standards.

Grace Vineyard is one of the most successful winery in China – it has developed its own model in all aspects, from the wine quality stability and the management team construction, to the brand building and marketing, and has stood the test of the market for many years. ‘Deep Blue’ is not the top ranking product from Grace Vineyard, but is the flagship wine. It worth noting that although the winery is based in Shanxi Province, the wine is made from grapes from its Ningxia vineyard. The wine is pale ruby red, with refreshing aroma and clear fruit flavour, soft yet vivacious, medium-minus bodied, balanced and has a clean palate.

Helan Qingxue Vineyard became famous after its wine won an International Trophy in the Decanter World Wine Awards in 2011. The 2011 vintage Jia Bei Lan Reserve we tasted in the seminar is not as good as the award-winning Jia Bei Lan Grand Reserve, but demonstrates the producer’s consistent style. The news of Jia Bei Lan winning an award encouraged the wine investments in the Ningxia Helan Mountain East region, as the condition of Helan Qingxue Vineyard has a very good demonstration effect in the local area. The wine is clear with deep ruby colour, rich and complex with smoke, coffee and tobacco aroma. It has good structure and powerful tannin, well-balanced, the fruit is integrated with the oak flavour.

Domaine Franco-Chinois was a cooperative project of vine growth and vinification led by the Chinese and French governments in 2001, and is currently run by Canaan Investment Company. The nursery stocks at Domaine Franco-Chinois were all imported from France, and each parcel was clearly labelled with the strain number of the rootstocks and scions. The winery’s winemaking equipment was also imported from France, so it became a benchmark for the new round of wine investment in China. The wine has a rich dark red colour, with refreshing and refined fragrance, warm, clearly shows blackberry, blackcurrant and vanilla aroma, silky in the mouth, supple and smooth, structured and balanced with a sweet finish.

Silver Heights is always considered as a good example of Chinese garage wine. The rich story of the investor and the winemaker, and the excellent quality of the wine attracted a lot of attention from wine lovers. The winery also enhanced the influence of Ningxia as it is one of the most reported Chinese wineries in the international media. The wine has a clear and bright ruby colour, fresh black fruit and jam with some vanilla and peppermint aroma, lively acidity in the month, medium-bodied, powerful tannin, vigorous. 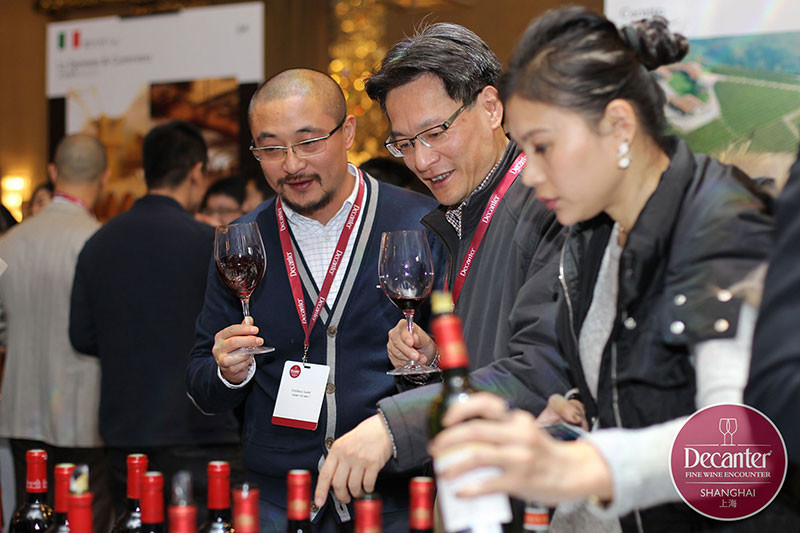 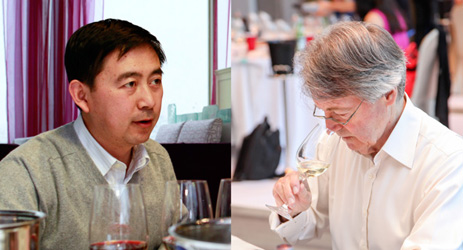