We know that wine is an alcoholic beverage made from fermented grape juice. In Chinese, wine is actually very often referred to as ‘Hongjiu’ (literally ‘red alcohol’ or ‘red wine’) rather than ‘Putaojiu’ (means ‘wine’ in Chinese). And here comes the confusion: how should we define Hongjiu? If Hongjiu (red alcohol) means wine, then how about white and rosé wines? 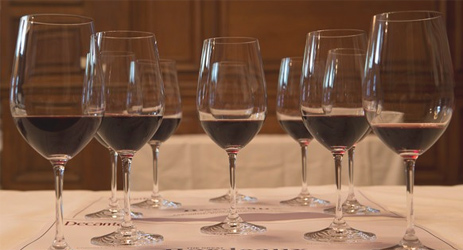 To be honest I’m not interested about which search term works better for a website; but the cultural phenomenon of referring to wine as Hongjiu in China and the reason behind it caught my attention.

Generally speaking, global producers do make more red wine than white wine. However, those who study the Chinese wine market would notice that compared to the percentage of red and white wine produced in the whole world, Chinese people consume much more red than white.

One of the reasons may be that in China the colour red represents happiness and good luck. But as a matter of fact, in the 1980s and early 1990s, more white wines were produced and consumed in China. The flourishing age of red wine didn’t come until the end of 1990s, when the few Chinese producers, who first gained their fame for making white wines, started to mainly produce red wines.

At about the same time, China began to import wine in large volumes, and possibly the term Hongjiu was widely used for the first time for imported wines.

So why exactly does the Chinese market favour red wine, and the term ‘red alcohol’?

‘Because red wine can be sold at a better price, and the storage is comparatively simpler than white wine,’ a friend of mine, who has been working in the wine importing business for the last 15 years, told me his view.

Although there are plenty of fine whites worth a fortune out there, in China it’s usually much easier to find expensive reds. Why? In a market where consumers are not aware of how much an imported wine should be worth, the true value of a red wine seems to be more difficult to judge than that of whites. This means that importers can easily inflate the price and get a bigger profit margin from reds; therefore, they would prefer to import more red wine than white wine.

Meanwhile, when the Chinese market first began to import wines in a large amount, the conditions of transport and storage were hardly ideal. In an environment where storage temperature is constantly too high, white wines are more likely to turn faulty than red wines. For importers, they would of course choose a lower-risk product if they could.

Consumers have also contributed to the fast spreading of the term Hongjiu in the Chinese market. When the wine culture started off in China, wine was known by many consumers simply as a type of alcoholic beverage different from the Chinese spirit ‘Baijiu’ (white alcohol), ‘Huangjiu’ (yellow alcohol) and beer.

As it’s a cultural custom to differentiate alcohol by colour, and the most commonly seen wines are red, there is no wonder a consumer sitting beside a dinner table would go with the simple term ‘red alcohol’ to order wine.

Even until today, many consumers still use Hongjiu instead of Putaojiu when talking about wine. This doesn’t concern me as much as when I had problems talking to waiters — one day at a wine dinner, I asked our waiter, ‘please bring us another bottle of white (wine).’ He answered ‘we don’t have white (spirits) here.’ When I pointed at a white wine bottle and explained what I meant, he replied, ‘ah, you meant Hongjiu?’ An even more bizarre reply I received in a different occasion was, ‘so would you prefer Moutai or Wuliangye*?’ 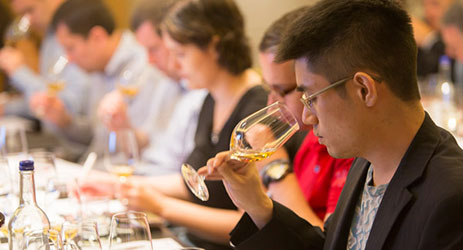