Should 2016 mark the death of the Champagne flute? Sommeliers and wine experts are forsaking the flute in favour of glasses that better show off their fizz. Anne Krebiehl MW explains why you should invest in your glassware this year...

Nothing spells celebration like flutes of fizz; yet I haven’t touched mine in years. I haven’t foresworn festivities or effervescent drinks – but like so many in the business I have been drinking my Champagne and sparkling wines from white wine glasses.

This way I can gorge on the lovely aroma and taste, and fully appreciate what makes those bubbles such a joy to drink.

Experts speak out against flutes

Neither am I alone in shunning the flute. Maximilian Riedel, CEO of esteemed glass maker Riedel Crystal, previously told Decanter.com that his goal was to make Champagne flutes ‘obsolete’.

Jean-Baptiste Lécaillon, cellarmaster at Champagne Louis Roederer, said: ‘Our Champagne style needs aeration to fully demonstrate its potential, so we often use white wine glasses. Some 25 years ago we even developed our own tulip glasses, which were larger than the flute.’

Hugh Davies, CEO and winemaker at Schramsberg Vineyards, one of California’s foremost sparkling wine producers, agrees: ‘In making our sparkling wines we envisage a finished product that offers an extraordinary aroma, palate and visual impression.

‘While the classic, narrow flute is commonly used and offers a beautiful display of effervescence, it can inhibit our ability to explore the depth of aroma and flavour in that wine.’

Why did flutes become popular?

Flutes are popular because they showcase tiny, rising bubbles perfectly – the enduring and visualised appeal of sparkling wine’s power to refresh. Many flutes even have a discreet nucleation point etched into their inner base to create a steady, vertical stream of fizz.

The flute also has other advantages: it preserves the effervescence that so easily dissipates in coupes and saucers. It is also much harder to spill your precious bubbles in a flute, while its serving size is ideal for parties. However, the shape doesn’t do justice to fine fizz.

While Champagne houses used either own-devised tulips or white wine glasses, it took a sommelier to lift the idea from the winery cellar into consumers’ hands. 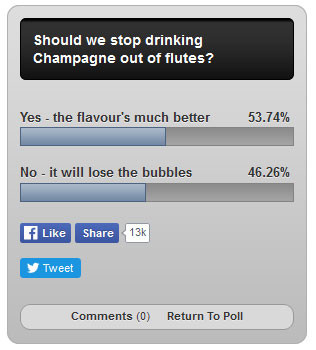 Philippe Jamesse, head sommelier at Les Crayères in Reims, is outspoken: ‘I’ve always hated the flute. At home I always tasted in wine glasses.’ He started at the Champenois restaurant in 2000 and was ‘embarrassed’ to serve Champagne in flutes. ‘I knew we could do much better. When the chef of a Michelin starred restaurant produces complex cooking, it’s unacceptable not to show the real potential of the Champagne served there. I started looking but could not find the glass I wanted.’

He took his idea to local glass manufacturer Lehmann and together they created an elongated glass, rounded in the middle and tapering towards the top. At its widest point, their Grand Champagne glass measures 88mm, and even the most modest of the series, the Initial, measures 72mm.

Jamesse discovered later, together with Gérard Liger-Belair, a physicist at the University of Reims, that ‘the spherical shape of the glass, which also encourages vertical movement, respects the role of the mousse’.

Each bubble carries aroma to the surface. In his glasses this is a ‘progressive extension along the curve of the glass which favours first a gradual then a stretched ascent, allowing each bubble to burst at the widest point to free its flavours and express aromatic subtlety’.

The greater surface allows more bubbles to burst simultaneously while their aromas are captured within the tapering top. ‘We introduced the glass in the restaurant in 2008,’ Jamesse recounts. ‘Initially diners were a little shocked, but once they tasted from it they realised the difference.’

The glasses are popular: ‘We have used them for the past three years at Ruinart,’ says chef de cave Frédéric Panaïotis. At Roederer, they have even replaced the house’s owndevised tulip-glasses for all tasting, blending and entertaining. Concurrently, others had similar ideas. Piper-Heidsieck, Moët & Chandon and Krug, for instance, collaborated with Austrian glass manufacturer Riedel to create bespoke glasses tailored to specific wines. Krug’s Joseph glass, named after the house’s founder, was ‘created to enhance every aspect of the sensorial Krug experience’, according to cellarmaster Eric Lebel.

Lécaillon believes that ‘each vintage requires a specific glass to give its best, but I favour the Jamesse Grand Champagne for wines based on elegance, purity and minerality like our non-vintage, blanc de blancs and Cristal. For more intense and powerful wines like rosé, blanc de noirs or vintages, I would go for Jamesse’s white wine glass.’

However Panaïotis believes non-vintage versus vintage ‘is a more important distinction than white versus rosé’. He says, ‘I like to use a slightly larger glass for Dom Ruinart Rosé – for mature vintages, 1990 and older, I even recommend Pinot Noir-type glasses.’

Veuve Clicquot’s cellarmaster Dominique Demarville echoes this: ‘To give our wine the best opportunity to shine, we devised a glass combining Jamesse’s spherical flute and his red wine glass.’

Riedel, like other glass manufacturers, has also developed its own sparkling-specific glass within its Veritas series launched in May 2015.

CEO Maximilian Riedel tellingly calls the new glass, also with a diameter of 85mm at its widest point, a ‘Champagne wine glass’.

Nonetheless, Riedel continues to sell flutes in its range, despite received wisdom and the CEO’s own dictum. ‘We produce Champagne flutes as there is a commercial demand for them, especially from hotels and restaurants,’ explains Riedel UK’s managing director Steve McGraw. ‘However, our suggestion for sparkling wine would always be for the wine-glass shape.’

The influence can be felt across Europe. Jenny van Lieshout of Spanish prestige Cava house Gramona says: ‘We focus on long-aged Cava. To enjoy Gramona’s wide spectrum of aromas fully, we suggest the use of white wine glasses instead of flutes. In our tasting room we use Riedel Chianti glasses.’

Restaurants ahead of the curve

Enlightened restaurants have already caught on to the new trend. Tobias Brauweiler MS, head sommelier at London’s Hakkasan Hanway Place, says wider flutes that ‘release more aroma’ are used throughout the Hakkasan group’s 11 restaurants. ‘Offering a different type of glass not only surprises the customer but enhances their experience.’

At Medlar in London, head sommelier Clément Robert MS uses ‘a modern type of flute made by Zalto’, but prefers Zalto’s Denk’Art-Universal for vintage or richer styles. ‘It gives more aeration and allows you to enjoy the wine side of Champagne much better.’

The trend is not confined to Europe. Jordan Nova, restaurant director at wine-focused 1313 Main in Napa, California, agrees: ‘While the majority of guests are used to flutes, we have found that winemakers and savvy guests have begun requesting white wine glasses for Champagne.’ So next time you pop a cork, celebrate the wine as much as the occasion – in a proper glass. 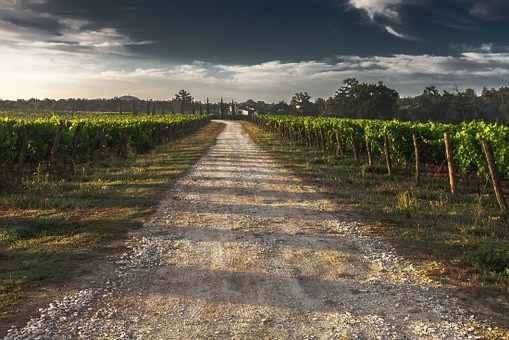 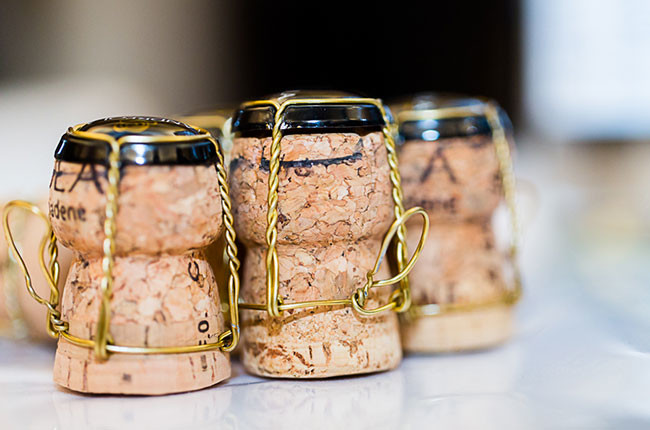 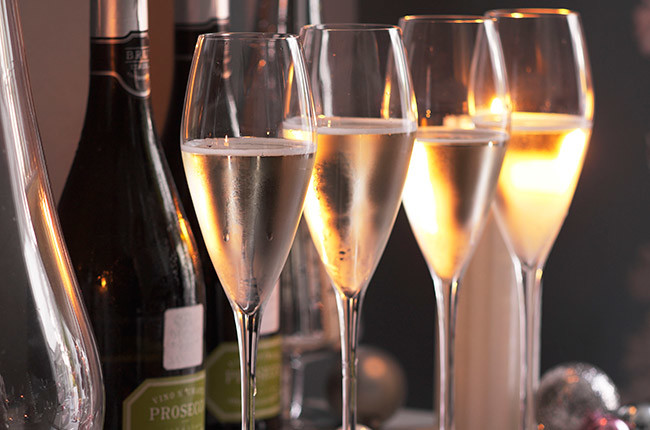 International: Cristal 2009 Champagne taps into spirit of the 60s 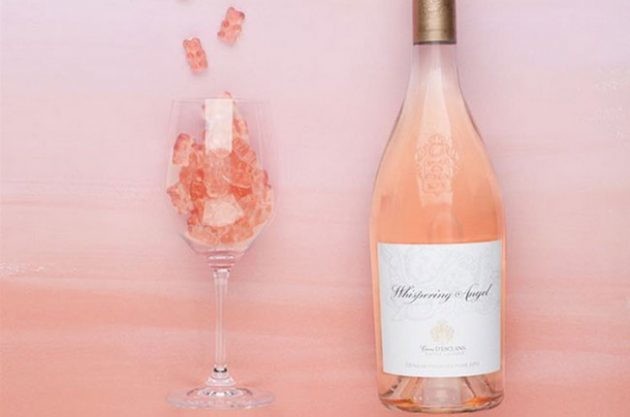