Two Chinese Baijiu (white spirit) producers and one wine distributor have jointly bought the whole share of a wine processing and producing plant in South Australia.

The move came after Chinese imports of bottled Australian wines increased by 51% in volume during the first three months of 2016. Many believe that the Free Trade Agreement between China and Australia signed last year had a positive effect.

The Belvidere Winery first sold its ‘Mosaic’ brand to the Qingdao-based Chesley group in 2013. The agreement was signed during an official visit of the Qinedao commercial delegation to Adelaide, during which a memorandum was signed between the Shandong Province and South Australia to form an ‘economical partnership’, according to the Qingdao government.

Hua Guan and Chuan Chi are not the first Chinese Baijiu producers to head into the imported wine business. Renowned Baijiu brand Maotai bought Chateau Loudenne in Saint-Yzans-de-Medoc in 2013. Wuliangye, on the other hand, also started selling imported wines in 2015.

The Belvidere Winery process grapes from across South Australia including the Barossa Valley, McLaren Vale and Langhorne Creek. It has a processing capacity of up to 18,000t and onsite storage facility of 20 million litres, according to the winery. 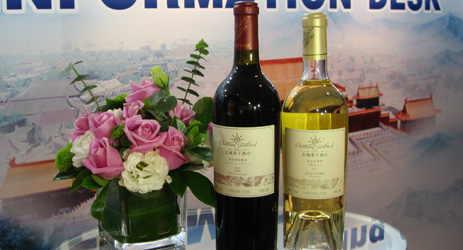