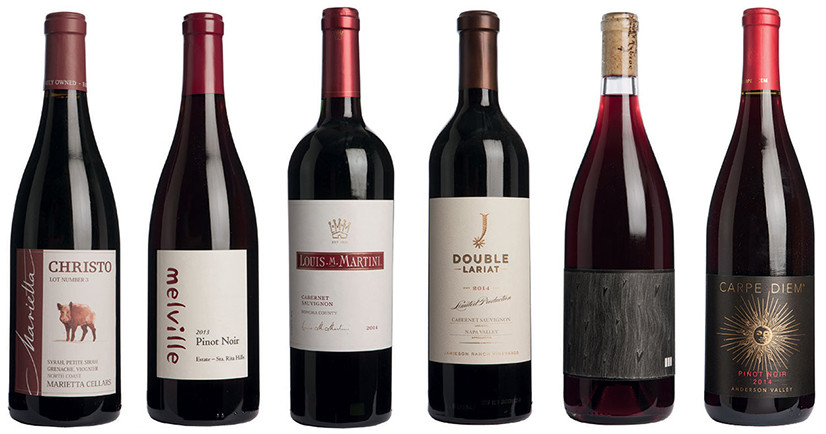 California is increasingly a source of both quality and affordability. Here, Oz Clarke offers his mantras to heed when seeking out great value wines, then rates the best with Ronan Sayburn MS.

There was a time – not so long ago – when a phone call from Decanter asking if you would like to lead a tasting of good-value wines from California would have had you scrabbling desperately through your diary for excuses to say: ‘Oh, I’m SO sorry...’

The problem was that we were looking in the wrong places and asking the wrong producers for the wrong types of wine. The best-known, market-focused producers in Napa and Sonoma have traditionally either charged hefty prices for wines that might be very good or, less frequently, charged reasonable prices for wines that were outclassed by their rivals from Australia, Chile, New Zealand and much of Europe. These guys are all still there.

It’s just that we don’t have to deal with them any more, because California has changed significantly in less than a decade, and, in the UK, a belief in the quality and affordability of Californian wines is at last taking hold. The fact that we managed to find 40 wines that would really stack up against the opposition speaks volumes. And the fact that eight of our top 20 sell for under £20 is genuinely exciting. There are several reasons for this, which I might suggest as mantras to heed when you are looking for top flavours from the Golden State without paying top dollar.

First, you can discover really cool producers without paying through the nose. The truly hipster wines are not those big beasts from the heart of Napa; they’re either from Napa and Sonoma fringes, or not from these super-famous areas at all. And a lot of the coolest producers are not in it just to make money, so they don’t gouge. We’ve got two wines from Berkeley’s urban winery Broc and two wines from Anderson Valley star Carpe Diem, as well as beauties from Melville, Lioco and M2. Believe me, these are cool dudes.

Second, don’t forget the old-timers – they may not be as fashionable as once they were, but they’ve owned their vines for a long time and can afford to offer wines at a fair price.

We found delightful wines from Edna Valley, Firestone, Louis M Martini, Marimar Estate, Mount Eden, Nalle, Schug, Smith-Madrone, Trefethen and Wente. These have all been stars in their time – and they still can be.

Third, don’t just stick to the regular grapes. California has been rather slow to realise the quality of its old varieties, and slow to plant interesting new varieties to deal with warming conditions. However, it’s happening now, and we found delicious wines from Albarino, Carignan, Marsanne, Muscat, Riesling (it’s not mainstream in California!) and Petite Sirah, plus that old war horse, Zinfandel.

Finally, give the less-faddish, less-pressured vineyard areas a chance. In Napa Valley American Canyon, Oak Knoll and Yountville are much cheaper than the more commonly seen Oakville, Rutherford and Stags Leap. Seek out regions like Lodi – probably California’s best-value address for reds – Livermore, Monterey and the Santa Cruz Mountains. We found appetising wines from all of them. The value is definitely there in California, if you know where to look. And we’ve got 40 prime examples to prove it.

Clarke is a renowned wine expert, broadcaster and awardwinning writer and author. He is acknowledged as having one of the finest palates of anyone writing about wine today.

Sayburn is head of wines at London private members’ club 67 Pall Mall and chief operations officer of the European Court of Master Sommeliers. He has worked for the Gordon Ramsay group as executive head sommelier.

The nose here is ripe and elegant, a plummy Merlot with a fine palate, if finishing a little short.

Scented and welcoming with a warm kitchen spice core, this Pinot is rich and ripe in an almost blowsy style. There is slightly stewed fruit on the palate.

An elegant Cabernet Sauvignon displaying a seductive redcurrant and blackcurrant nose. There is balance and poise here that should see it through.

A big, blossoming Zin that is blooming with fat fruit. Its lushness is complimented by sweet rosemary and menthol, whilst the bramble tones are underpinned by chocolate and kirsch wrapped in toasty oak.

Strapping tannins battle with indulgent stewed raspberry and red cherry fruit, proving that this style is intense and almost too powerful for its own good.

With simple bright cherry fruit, this Russian River Pinot is ripe and clean with new French oak characters and an elegantly long palate.

A clear and uplifting view of Zinfandel and Lodi, this is full of delightfully pure blackberries and Morello cherries keenly supported by mouth watering acidity.

This is lush and bursting with blackberry and raspberry juice. It is complex with a lifted herbaceous thyme-scented bubble-gum note which flows into violets, hibiscus and sweet peonies. A real potpourri with balancing acidity.

Bright, snappy, scented and packed with the fresh sap of springtime and the mouth-watering tastes of rosehip and pomegranate.

Round and delicious, this North Coast Cab is raspberry and blackberry scented with a hint of anise and mint. It is a chunky style that finishes with high alcohol, but it is nonetheless very tasty.

Dry, intense strawberries and red cherries meld together with an almost feral leathery scent. The fruit is taught and modern, and ends on a cool, refreshing, lingering finish.

A delightfully approachable wine full of rich, juicy blackcurrants and underpinned by leaf and undergrowth. It is intensely scented and bright, giving it that highly sought-after freshness.

A cool and elegant style influenced by spearmint and cedarwood on the nose. This is dense and powerful with sweet balanced fruit, integrated oak and a distinctive plum scent.

Fascinating cherry blossom drifts over sour but ripe plums with a redcurrant-bright note at the back. Rustic, sauvage framboise gives that big boost of acidity, with perhaps a little bit of brett underneath.

A remarkable mix of deliciousness and elegance, red and black fruits coming through on the nose and lingering throughout the palate; making this a well-balanced wine with great length.