Chinese investment in Bordeaux vineyards has continued apace in 2017, yet there’s talk that some buyers are looking to leave. It hasn’t all been plain sailing, finds Jane Anson, but don’t believe the latest hype just yet. 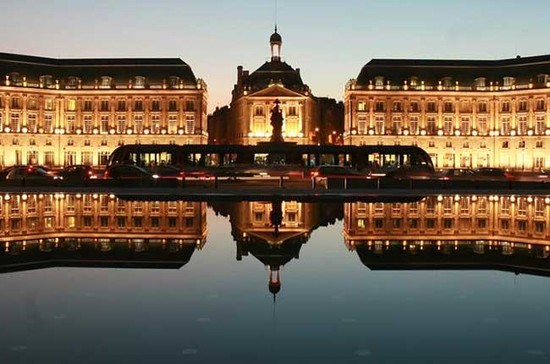 Finding people to talk about Chinese winery owners in Bordeaux is easy, such has been the pace of deals in recent years. Gossip and rumours abound, and everyone has an opinion. Getting them to go on the record? That’s a little tougher.

It is believed that around 160 châteaux in Bordeaux are under Chinese ownership, including investors based in Hong Kong, and there have been several deals this year; the most recent for Château Fauchey.

But, there has also been speculation that up to 40 Chinese-owned Bordeaux châteaux could be back on the market. It’s almost impossible to verify this. Vineyard sales are rarely advertised on the open market in Bordeaux, and plenty of estates could be for sale at the right price. But what is certainly true is that many Chinese buyers paid high prices per hectare in appellations where return on investment is a challenge at the best of times. Many of the more lavish announcements made at the time of purchase – restaurants, hotels and similar – have not materialized several years after the press conferences were called. And the much-reported strategy of taking wines out of their long-term sales circuits to concentrate purely on China was always going to be a tough ask for first-time chateaux owners.

Even so, the number of resales being offered seems exaggerated. But they have prompted more general talk of how Bordeaux’s Chinese investors are settling in to life in the vineyards. And after doing some digging, it certainly appears that some haven’t found it all plain sailing so far.

Even the most written-about stories are hard to confirm exact details of. In one particular instance, I found myself in the extremely unusual situation where a lawyer representing a group of claimants in a case against Chinese owners wouldn’t speak to me or even give me dates for when her particular case was going to be brought to the tribunal.

This was at the offices of Maître Doriane Dupuy, a specialist in employment law who is representing seven former and current employees of Clos des Quatres Vents in AOC Margaux. She is the lawyer in a case being brought against owners Liaoning Energy Investment for unpaid salaries and other monies owing to both staff and suppliers. The first crop of articles reporting on this appeared in the French press in July, following months of rumours around Bordeaux.

All sources were anonymous in July, and nothing seems to have changed over the summer, even though one of the plaintives confirmed to me that the first round of hearings was held last week.

According to legal documents available at the chamber of commerce in Bordeaux, Clos des Quatres Vents director Lina Fan, who has worked in wine in France for almost two decades and has an oenology degree, left her position on 10 January 2017. The same documents attest that Lyu Hongguang is now in charge. This change in management, the staff bringing the complaints allege, has coincided with the difficulty in payments.

I’ve visited Clos des Quatres Vents many times, both when it was owned by Luc Thienpont, and then when it passed into Chinese hands and was being headed up by Fan. These are good, classic Margaux wines, in an appellation that is serious and sought after. And yet there have been recent reports of vines being left unattended, and suppliers waiting on payment.

I am told that Liaoning Energy has no intention of selling up, and is instead in the process of hiring a new team to take things forward.

Although I did not get a specific response from the company on the court case, Lyu has invited me to the estate, and I will be extremely interested to follow the next chapter in a wine that I have long admired.

On an entirely separate note, another high profile estate that has generated questions is Château de Sours in AOC Bordeaux, sold in February 2016 by Martin Krajewski to Alibaba’s billionaire founder, Jack Ma.

Châteaux transactions don’t get much higher profile than this, and its announcement was heralded as the coming of age of the China-Bordeaux relationship.

Neighbours have since talked about lavish investments in new buildings, Versailles-style gardens being laid down, and a lighting system installed that can be activated by Ma’s helicopter as it approaches the landing pad. It seems Ma is currently in the process of buying an extra 30 hectares of farmland, mainly for ensuring privacy around the estate, so again there is no suggestion that he is looking to sell.

At the same time, evidence has mounted over unsold wine. I know of three négociants who have been recently offered extremely large quantities – we are talking many hundreds of thousands of bottles, offered on stock lists that I have seen – of the estate’s red, white and rosé from 2015 and earlier bottled vintages at discounted prices. All that is being kept, it appears, is the 2016 vintage reds in barrel and tank.

From what I understand, Ma has also now taken the estates out of the joint management group that was formed with a small group of Chinese investors that I reported on at the time of his initial purchase.

Previous owner Martin Krajewski has been consulting for de Sours since the sale but is stepping down at the end of September, when a new team – led by Aymeric Roboyrel de Climens, formerly with Clos Fourtet – will be fully in charge of sales and marketing, with consulting from Hubert de Bouard.

Alibaba could not be immediately reached for comment on behalf of Jack Ma.

A change of sales strategy is, of course, far from unusual when châteaux change hands, and so far the worst that Ma seems to be doing is investing extremely heavily in an appellation that may prove difficult to recoup the expenditure. It’s still early days, too, and the rumours may show simply that it’s easier to concentrate on the negative stories than the positive ones.

And there have been many success stories among Chinese investors in Bordeaux.

Château Monlot, owned by Zhao Wei, for one, is a clear success, as is the portfolio of chateaux owned by Peter Kwok (who is of course Vietnam-born but a long-term Hong Kong resident). Equally Domaines CGR in the Médoc, which includes Châteaux La Cardonne and Ramafort, is now owned by Hongkong Funshare Life Group, described by the Figaro as the ‘biggest Chinese acquisition in the region’. All existing staff have remained in place since the purchase, as has the sales system, and director Andrew McInnes told me just a few weeks ago that, ‘the transition has been as smooth as clockwork. In addition, the five-year investment plan we had in place soon became a 3 year investment plan, as the new owners have accelerated all the investments we had planned.’

So what about those rumours that up to 40 Chinese-owned properties are back on the market?

An educated guess tells me that some estates are actively seeking buyers, although this is nothing new. I wrote a story back in 2013 about a small number of Haichang Group châteaux being put up for resale, with the reason given that they were seen as a property investment, and being sold on after renovations to ‘more cautious’ Chinese buyers who wanted the reassurance of buying from their compatriots.

For some early investors, that may well have been a conscious strategy, but it’s a dangerous one going forward.

‘When buying a châteaux, it’s important to assess it as you would any ongoing business,’ says Alex Hall of Vineyard Intelligence. ‘Whether it’s a craft beer brewery, a supermarket or a wine estate, you need good impartial advice from experts in the field. That is particularly important when there are big commissions at stake, as there invariably are in international vineyard transactions’.

More recently, estate agents have spoken of a more ‘professional’ class of Chinese investors in Bordeaux, with stronger interest in vineyard management and wine supply.

Time will tell whether those investors adhere to the age-old rule; namely that if you see vineyard purchase as a short-term real estate investment (except perhaps in a few highly select appellations), you are going to be disappointed fast.

‘It’s clear to most vineyard owners that you should never expect a return on investment for vineyards before a 20 to 25 year time frame,’ said Krajewski, speaking not about de Sours but more generally. ‘If you are not prepared for that, it could be a shock’.