A new sales day devoted exclusively to deals on wine and dubbed 9/9 is to be held by online retailer Alibaba in China from 9 September this year, company founder Jack Ma has announced.

Jack Ma confirmed speculation in the trade about a new, annual Alibaba wine sales day on 9 September during a public discussion with Italian prime minister Matteo Renzi at the VinItaly show in Verona today (11 April), according to a report by Italian press agency Ansa.

Ma dubbed the new project as a 'day of wine' and appears to have taken inspiration from China's 'singles day', on 11 November, which he was also instrumental in popularising as a shopping event in China, akin to Black Friday in the US.

Last year, China's singles day sales totalled US$14bn, and it has become one of the most important events in the Chinese retail calendar.

The figure nine is pronounced in Chinese as ‘Jiu’, which means alcohol. ‘Jiu’ also stands for longevity and health in traditional Chinese culture. Ma’s concept is to create a variety of online offers annually on this day around wine sold through Alibaba.

Ma recently bought Château de Sours in Bordeaux and Decanter.com understands from trade sources that he will be working with several partners in the Bordeaux region – including actress Zhao Wei who owns Château Monlot – to supply some of the wines that will be offered on 9/9.

The group of investors owns a number of Bordeaux estates, also including Château Preuillac, Château Haut-Mazeris, Château Puy-Guilhem, Château de Sours and Château Mayne Blanc, with plans to buy more over the next few years.

Decanter.com understands that the group of Chinese investors, including Ma, are to form their own negociant company in Bordeaux.

At the VinItaly conference, Ma spoke about the digital economy and its importance to Italian producers. He said that he wanted Alibaba to be the gateway for Italian produce in China, according to Ansa. 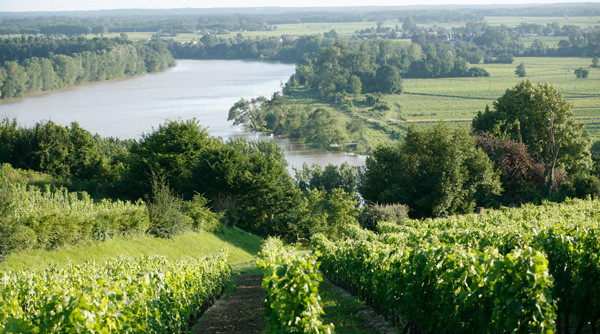