The dodo bird is extinct. So too as everyone knows are dinosaurs. The giant panda, thanks to conservation efforts, is still alive and reproducing itself. But not, sadly, another of China’s mammals, the Baiji River Dolphin.

The result of its disappearance is because of unchecked industrial and residential waste flowing into the Yangtze River. China’s impressive economic growth has meant that river traffic multiplied even as boats grew in size. Fishermen also started using wider and, for the dolphins, potentially more lethal nets. Back in the 1970s and 1980s, half of Baiji River Dolpin deaths was attributed to their being entangled in fishing nets.

Noise pollution from all that river traffic also took its toll on the nearly blind mammals causing them to collide with propellers. By the 1980s the number of dolphins dropped to 400. In 1997, a belated search discovered only 13 were left. In late 2006, after an extensive search of the dolphin in its habitable range, not a single Baiji River Dolphin was found. This native of China has since been declared extinct.

It’s not only animals that become extinct. Human attitudes and behaviour can also disappear with time.

How many of us still stand up at the table when our parents arrive in a restaurant. Or put away or turn off our phones when eating with our parents? When we were young, they dedicated themselves entirely to watching over, feeding, and nursing us back to health whenever we were sick. They did not (unlike so many of us) allow themselves to be distracted when they were with us.

In today’s 21st century world, one of the most obvious things that is fast becoming extinct is people’s undivided attention.

Just last month, attending a lunch hosted by an English wine merchant in Singapore, the sommelier from the catering restaurant was looking at his mobile phone during the reception. He was right there in the same room and staring into the screen of his phone between topping up the champagne in our glasses. Fortunately, when lunch started, he had stopped the incredibly unprofessional behaviour.

Instead of engaging in conversation when having dinner with each other, they stare into their mobile phones or/and tablets. This is before they are even married. Maybe this is a good indication that you should break off the relationship. On the other hand, if you have already been married for some time and have become bored with the relationship, then it’s fully understandable why surfing your mobile phone is more interesting.

Many wine drinkers also play with their mobile phones when drinking wine.

They swirl the glass, nose it, taste and drink it, and then put the glass down. After this, they go back to looking at their mobile phones. I did not describe such ‘drinkers’ as ‘wine lovers’ because in order to properly understand and appreciate a wine, we need to devote our entire attention to it instead of jumping in and out of the wine between looking into a mobile phone.

Tasting a wine is like having a conversation with the wine. And just like having a talk with a person, we cannot have a proper conversation by being distracted by a mobile phone or tablet. If we do that, we won’t get the full picture or personality of the wine or person respectively.

When we taste a wine, the first impression of the wine is very important. But we cannot just finish there and assume that we understand the wine completely. We need to go beyond that first impression to think about the quality (or lack of quality) of the fruit, acidity, tannins, complexity and finish of the wine. Another thing to consider is the stamina of the wine. Is the wine - for its age - vibrant and strong. Or is it already showing its age, going soft and becoming tire?

Anyone who thinks he or she can receive all that information about a wine by sipping it for a few seconds and then quickly going back to his addiction of the mobile phone is not doing proper justice to the wine.

Another quality which is also becoming extinct (although not as quickly) is the sense of discovery. The world we live in is full of information. We probably get more information than we can practically use. The result is that many of the choices we make on a daily basis are determined by what we read about and are told about those things: what brands to wear, what to eat, where to eat, where to go on holidays, what to drink, what vintages to drink, and which brand and which model of mobile phone to own.

We prefer the familiar, the trendy, the things that are ‘safe’. We do not like, perhaps even fear, the unexpected. Sure, we can be disappointed when trying something unknown. But, we could also be making a discovery, enriching our life with a new experience. With time, that discovery could even become something unforgettable.

Discoveries are even more memorable when made in a special setting. Including the places that they originate or have a close association with. Or the discovery could be made together with someone who has a special place in our life.

I am so grateful for the discoveries I have made.

They include drinking Ribolla Gialla in Vernazza, Cinque Terre; tasting 10 and 20 year old Muscadets in Nantes; Sainte Foy Bordeaux and Bergerac in Bergerac (Sainte Foy is just across the border of Bergerac); enjoying Frascati in Frascati; Riesling in Slovenia; Guinness Stout in its original brewery in Dublin; Highland Park Single Malt in the Orkneys; and, relishing China’s oldest wine, rice or ‘yellow’ wine in Shaoxing.

Discoveries can be made everyday and everywhere. It depends entirely on the image staring back at us in the mirror. 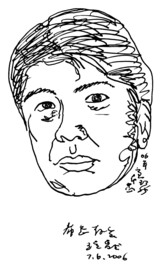 A lawyer by training, CH’NG Poh Tiong also holds a postgraduate Certificate with Distinction in Chinese Art from the School of Oriental & African Studies, University of London. He is an Honorary...