The Chinese name for Sauvignon Blanc — ‘everlasting longing (Chang Xiang Si)’ — reminds any educated Chinese person of the namesake poems written by the great poet LI Bai. All these deeply moving poems depict the beauty and agony of lovesickness with sincere and sentimental tones.

After I started off learning about wine, I realised that ‘everlasting longing’ was also the name of a grape variety.

100 years ago, when the first modernised winery was built in China, Vitis vinifera was imported and planted in Chinese vineyards in big bulk. Both the investor and the operator of the project were overseas Chinese; therefore using the original English names didn’t seem to be a problem at that time. However, when the winery was handed over to the Bank of China 80 years ago, the local managers found that they needed to give these foreign grapes Chinese names. A series of beautiful names were hence created, among which, ‘everlasting longing’ was the name given to Sauvignon Blanc.

Perhaps the translators who came up with the name tried the Sauvignon Blanc wine, and became a bit homesick because of the familiar acidic taste. At that time, the new vineyards were planted in Yantai, Shandong Province, and the scholars invited for the translation project were mostly from Wuxing, Zhejiang Province. Wuxing was also the hometown of Mr XU Wangzhi, the general manager to the winery appointed by the national bank. Therefore, it’s not surprising that the translations carry some features of the local dialect.

During the very first wine tasting class I attended, our teacher used ‘cat pee’ to describe the aroma of Sauvignon Blanc. The descriptor triggered some whispers and giggles among students; cat lovers applauded the choice of words, while some frowned at the ‘non-elegant’ description. Later I found that the flavour was also described as ‘boxwood’ or ‘elderberry’ in English articles. These flavours made little sense to me. I ran to the garden, kneeled down to sniff the aroma of ‘box wood’ and rubbed its leaves against my fingers for the smell… Still I couldn’t find the typical Sauvignon Blanc aroma there.

Until a few years later, when I was walking in the yards of a walled chateau in the Loire Valley and caught a whiff of Sauvignon Blanc. Tracing the source of the fragrance, I realised that it actually came from a boxwood tree under the glazing sun.

However, if I tell my Chinese students that the wine smells like ‘elderberry’ or ‘boxwood’, they usually just exchange confused looks.

It was not until someone at Piacenza University in Italy used the descriptor ‘tomato leaves’, when I suddenly realised exactly what kind of aroma that was.

Later at my own classes, whenever I use ‘tomato leaves’ or ‘tomato stem’ to describe the distinctive Sauvignon Blanc aromas, I always receive immediate response from my students. Now I usually prepare a piece of passion fruit, a very commonly-seen type of fruit in south China, when teaching beginners about the flavours of Sauvignon Blanc.

I noticed that beginners usually show greater interest when wines are described to them using familiar terms. On the contrary, when they don’t understand the phrase you’re using, they either think that the teacher isn’t good enough, or assume that they’re no good learning about wine and simply give up. My least favourite phrase to describe the fragrance of Sauvignon Blanc is ‘black currant bud’. I tried but failed to find the actual object to confirm the smell, so I settled for much more familiar materials.

Currently the most successful Sauvignon Blanc wines in the international market are those from Marlborough, New Zealand. These wines are mostly easy to identify; good acidity, never with a big fat body, and the straight-forward ‘grapefruit, tomato leaf and passion fruit’ aromas. Hence Marlborough Sauvignon Blanc is also top on the list of student’s favourite blind tasting exam wines.

Sauvignon Blanc was likely to be originated from the Loire Valley as a natural crossing of Traminer and Chenin Blanc. It was the main variety planted in Sanccere and Pouilly Fume. Though the two regions are situated closely together and share similar climate conditions, the differences in their soil bring distinctive differences to the wines produced in the two regions. Also because the two regions rarely use oak barrels for aging, these are excellent samples for studying the flavour profiles of Sauvignon Blanc wines.

Bordeaux is another key region of Sauvignon Blanc plantings. However, the variety is usually blended with Semillon in its key region Grave, and is usually fermented or aged in oak barrels. These handlings mean that the original flavours of the grape itself won’t be very obvious in these wines, adding more difficulties in blind tastings.

During this year’s Wine Summit (Weingipfel) hosted in Austria, I attended a world Sauvignon Blanc tasting, which has largely enriched my knowledge in the grape. The tasting was hosted by Luzia Schrampf and a few other wine experts. The tasting included four rounds of blind tastings featuring Sauvignon Blancs from the Loire Valley, Marlborough and Steiermark. Later at the free tasting, I continued to taste 18 Sauvignon Blancs from the Steiermark region, which has given me a comprehensive understanding of the variety in this region.

Thanks to the continuous efforts made by Austrian Wine Marketing Board (AWMB), Austrian wines are becoming more and more influential in the market.

In the decade between 1999 to 2009, though no visible changes were shown in the total acreage of vineyard in the country, the planted varieties are quietly changing, with the total plantings of white grapes decreasing. However, the area under Sauvignon Blanc vines is in fact increasing, which is evident to local winemakers’ confidence in the variety.

Sauvignon Blanc was imported into Austria in the 19th Century. The variety used to be called Muskat-Sylvaner, though it has nothing to do with either Muscat or Sylvaner; in order to avoid the confusion, this name was soon abandoned.

In Austria, Sauvignon Blanc is mainly planted in Steiermark, Niederösterreich and Burgenland. The former is an inland region influenced by the Mediterranean, enjoying a unique climate condition for wine production. At the beginning, Sauvignon Blanc wasn’t a key variety here. By the 1990s, the region started to combine stainless steel tank fermentation with oak barrel aging, a method learned from other wine producing countries. Now a more traditional approach —fermentation in oak vats — seems to be the trend, as Austrian wines have started to establish their own style: fresh, ripe and fruity without the evident herbal perfume; crisp and pleasant, elegant and mineral.

Though now Sauvignon Blanc is given enough attention in Austria, the total plantings remain 933 hectares, 2% of the country’s total land under vines, and only Number 10 on the list of 35 most planted varieties. Therefore, you can rarely find these wines outside Austria. So next time when you see an Austrian Sauvignon Blanc on a wine list, do make sure you pop open that bottle and have a try. 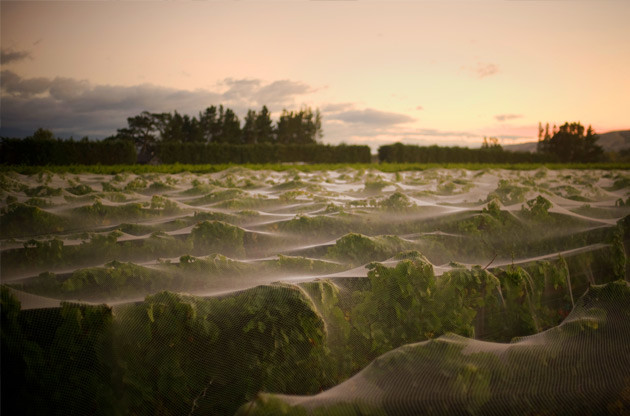 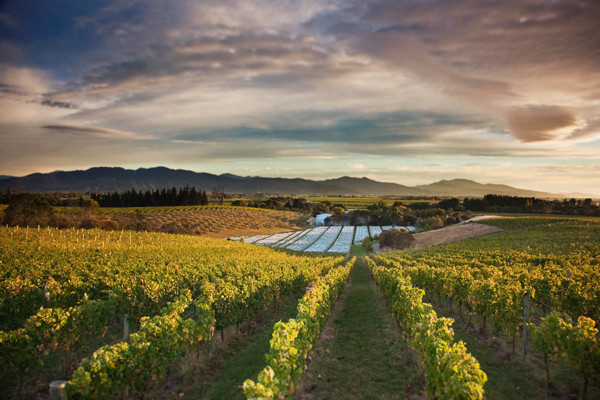 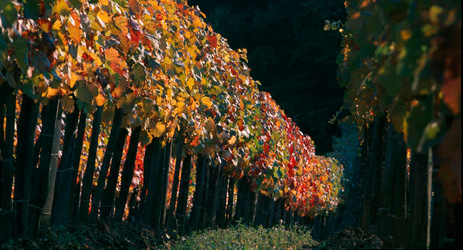