Earlier this year, I took part in a blind tasting of some leading Napa and Australian Cabernets. One of the wines to which I (and the two other tasters) gave a lowly rather than an outstanding score to was the 2008 Cain Five. I’ve regularly been in touch over the past few years with Chris Howell, who makes this wine. He’s both a subtle and a deep wine thinker, as well as being someone who understands the terroir of the valley as few do. I thought my score might upset Chris, so I dropped him a line to warn him in advance.

‘Not to worry,’ he wrote back, cheerfully enough. All three tasters had queried the wine's aromas in some way, and one felt that the wine might be reduced. ‘Cain wines run reduced (by intention) and fermentation by brettanomyces is not only tolerated but encouraged in the Cain Five. These two factors alone would set any tasting panel off. Should you sometime wish to explore how someone you've known could venture into what is for modern winemaking “forbidden territory”, or if you just want to know my reflections on wine tasting, I am here for you.’

Needless to say, this was an invitation I was not minded to decline, and over late summer we had a fascinating correspondence on these matters. He mentioned some of the wines he’d had a chance to taste that had most influenced him, such as the 1964 Clos des Lambrays and the 1978 Ch Rayas. ‘What they all seem to have in common is complexity, nuance, intrigue and of course a balanced and flowing palate with a lengthy finish. What they also have in common is that they don't play by the rules of modern oenology. Is this negative attribute – the failure to conform – the cause of the attributes that interest me?’ This was the question that had led him to try to weigh up the role of 'wine flaws' for himself. ‘Some, such as TCA, are intolerable and simply cannot be debated. But others, such as volatile acidity, might be subject of discussion and enquiry. It may not be a matter of degree, but of character and how it inflects the wine. Also a matter of context – and of wine culture. So it is with oxidation, reduction and mercaptans. Also certain lactic aromas, such as diacetyl.’

And brett? “Brett in itself is not the flaw – rather it is the experience of the aromas of certain molecules that can be produced by brett that we do not like. Brett is an agent, not the outcome. And the agent should not be confused with the outcome, of which many are possible.” It's not just horse blankets and sticking plasters, according to Howell, but also roses and jasmine, toasted hazelnuts and truffles.

Craft brewers would support the Howell thesis. Brett is a vital component of certain indigenous Belgian beer styles (such as lambic and gueuze), just as sulphury notes are sought-after in pale ales based on the Burton­upon­Trent ideal (where it could be said to be a terroir note, since the town's brewing water filters up through gypsum beds which leave it sulphur­rich), and diacetyl is a vital component of certain much­enjoyed British lager styles. If these notes are loved in beer, why should they be loathed in wine?

The correspondence left me wanting to give the 2008 Cain Five a second chance, but a second chance under different circumstances to the first. Well away, in other words, from the sensitivities and neuroses of the wine community, and away from the necessary artificiality of the tasting bench.

The best palates among all my non­wine friends belong, without question, to a British couple called Stuart and Zo; I‘ve known them for 35 years. I love dining with them, in part since Zo cooks so well, but in part since we can discuss the wines I bring along in a manner entirely free from all vinous political correctness. They don't know the debates, the fashions, the postures, the trends, the label and vintage reputations; they just like to eat and drink, and then talk. So when staying with them back in September, I served the 2008 Cain Five in an unmarked decanter alongside another decanter containing Christian Moueix's 2009 Napanook (the Dominus was just too expensive). I chose the latter wine as a point of comparison since I know that Christian Moueix values ‘complexity, nuance, intrigue and of course a balanced and flowing palate with a lengthy finish’ as much as Chris Howell. I told them they were to drink two California reds, but just left it at that.

The results were striking. They both immediately warmed to the Cain Five. ‘It reminds me of claret,’ said Stuart. ‘It's a quality wine that is structured and elegant, and dry in the mouth. It's holding itself together very well. It's not over­voluptuous. It's not allowing the sweetness to take control. It's really fine-tuned, and not a formula. It's got the kind of complexity you find in the great French wines. What else can you ask for? I normally avoid American wines as I hate vanilla and find a lot of them infantile, but this is very subtle and understated.’ Zo loved the nose: ‘It's refreshing. I want to get into it.’ She liked its faint bitterness, and found it herby, ‘like Languedoc wines’.

The Napanook (at £33.59 a cheaper wine, it should be said, than the £50+ Cain Five) they liked less because it was indeed sweeter; they said it had fewer notes, was probably younger, lacked the bitterness they sought despite having a little more tannin, and was ‘less austere’. ‘It didn't have the adjectives,’ summarised Stuart. It was, nonetheless, a liked wine, and lost some of its sweetness with air, as well as acquiring more structure; both wines went very well with the Gower Peninsula salt-marsh lamb from Wales with which they were drunk.

The notion that the Cain Five might be 'faulty' in any way never crossed any of our minds, mine included, and I could find no notes in it that resembled anything I recognise as flagging the unpleasant or tedious side of brett. It didn't, though, have much fruit in its scents – to me it smelled of blood (the scent of blood as it leaches from raw beef or game) and clay (a slabby, low­humus, wettish earthiness). Nor was the palate in any way forceful, but rather subtle, complex, quiet and undemonstrative. Once again, the fruit component was well to the background (though there was palpable fruit -- dark black cherries and blackberries – on the palate); it was very settled, soft and unthrobbing.

I felt ashamed of having given this secondary and satisfying food wine such a dusty note and score in the original blind tasting. Though I could see exactly how this had happened – surrounded by wines whose high-quality assets were flamboyant and showy. Asking the Cain Five to come through under those circumstances is rather like expecting the contender with the poetic soul to win over the judges at the beauty pageant. The standard objection to blind tasting is that certain wines work in such a different manner to the majority of their peers that the drinker needs the cultural clue of the label to appreciate them at all. It’s a strong objection. Blind tastings also prejudice wines (like this) which perform better at table than in isolation on the tasting bench.

It left me admiring the lonely, daring and challenging path trodden by Chris Howell. A quick skim through some of the scores for this wine on Wine Searcher reveals no one banging its drum very loudly (Wine Spectator and Jeannie Cho Lee both 88; Jancis Robinson 15.5; no Advocate score at all). When I outlined the various scoring systems to Stuart and Zo, they were both emphatic that this wine deserved over 90 points, though they found the scoring concept faintly risible.

Conclusions? I’ve always tried to taste as a surrogate drinker rather than a vinous policeman, but this episode suggested that I must try harder still. It confirmed the value of sharing tasting and drinking experiences outside the wine ghetto. And it also proved, should any more proof be needed, that drinking pleasure and not academic rectitude should be the benchmark for what might or might not be 'faulty'. 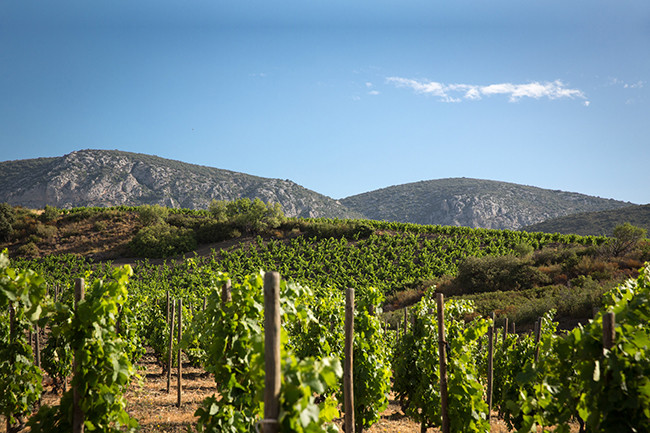 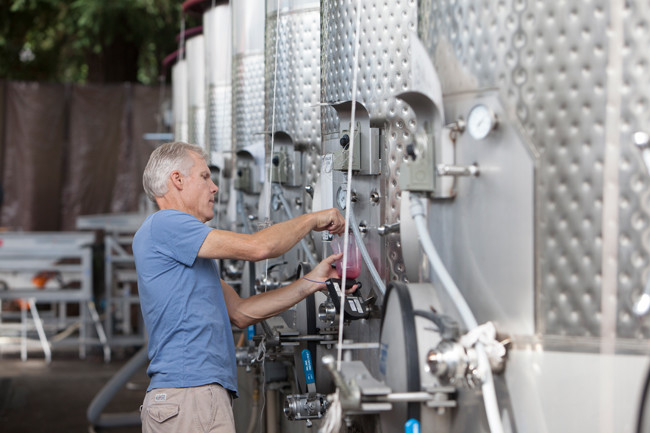 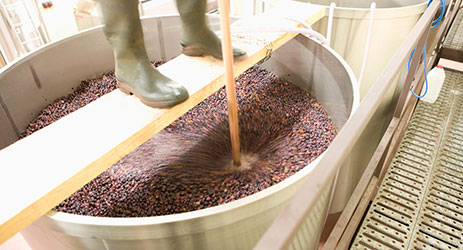 Brettanomyces, the cause of my recent misery