China’s largest wine producer, Yantai Changyu Pioneer Wine Co, reported more falls in sales and profits in the first half of 2014, despite a slight recovery in the second quarter.

The lack of interest in the high-end wine due to the government austerity measures has hit Chinese winemakers alongside imported wines over the past couple of years.

‘Multiple factors, such as a slowdown of domestic economic growth [and] an overwhelming flow of foreign wine into [the] Chinese market, the competition in the domestic wine industry was fierce,’ said Changyu.

The company managed reacted to the situation by maintaining ‘steady development in the middle and high-end wines’ but by launching a ‘vigorous expansion for the low-level wines, brandy and imported wines with own brands’.

However, the effort was not enough to reverse the overall decrease for the half-year. Changyu’s three wineries, Chateau Changyu AFIP Global, Golden Icewine Valley and Xinjiang Tianzhu Winery, again reported net losses in the first half of 2014, of CNY9.15m, CNY4.61m and CNY2.7m respectively. 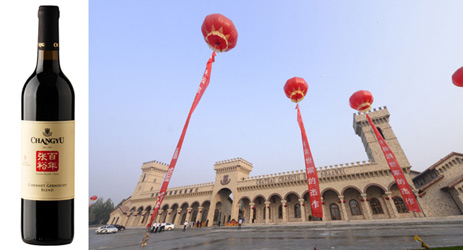