A sparkling wine is next on the agenda for Grace Vineyard, the highly successful, family-owned operation that makes some of China’s best wines. 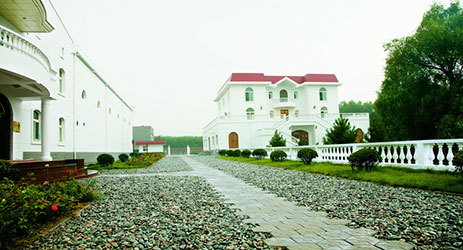 Grace was the brainchild of Hong Kong based businessman Chan Chun-Keung who was convinced that the terroir in the Yellow River region of the country, in his native Shanxi province, would produce great wines.

The adventurous Chan built a spectacular US$6 million chateau, imported vines and expertise, and subsequently had the satisfaction of seeing Grace wines receive accolades from respected local and international critics. It became the first Chinese wine to feature on the carte of the renowned Peninsula Hotel in Hong Kong and was also chosen for the business-class wine list of the Hong Kong-based airline Cathay Pacific.

The majority of vines are cabernet sauvignon followed by cabernet franc and merlot with a smattering of Chardonnay, Riesling, Chenin Blanc and Marselan. A collaboration with Spanish giant Torres – who distribute Grace wines – resulted in a muscat wine, Symphony, which sold well.

Now the plan is to introduce a sparkling wine to the China market made from chardonnay grapes, sourced from new vineyards in neighbouring Ningxia Hui Autonomous Region, the new hot-spot for Chinese vineyards. Although initial production will be at the existing Grace facility, there are longer-term plans to build a winery in Ningxia, due for completion in two years’ time.

‘Our first sparkling wines will be released next year, and will be called Angelina’s after my daughter,’ says Judy Leissner, CEO of the winery and daughter of founder Chan. ‘The idea is to warm up the market for sparkling wines and for our Ningxia project.

‘Right now we are producing up to 2.5 million bottles a year at Grace, but the intention is to scale it back down slowly. For Ningxia, I think we are only aiming at 300,000 - 500,000 bottles a year. I really think small is beautiful!

‘With Grace I think initially, I didn’t know what I was doing we were just swimming in a big ocean trying to survive. But now me and my team we have a goal that we want to reach, we know what it is. What distinguishes us from other wineries is quality. We are serious about wine and I think wine is here to stay in China. You don’t need to teach people how to enjoy life: when they have money, then they will learn how to do it very quickly.’

The first wine-maker at Grace was Frenchman Gérard Colin who went on to work on various projects including, most recently, the Lafite project in coastal Shandong. The current Grace wine maker is Australian Ken Murchison, who is also overseeing the fledging Shanxi project.

He says: ‘We have developed a style which is dictated to us by the vineyard and its location. I don’t intend to change that style – in fact the market demands it.

‘Our 2008 Deep Blue wine was the first Chinese wine to be selected for service on Cathay Pacific. The vintage was good, as it was a drier summer. The wine is still drinking very well – rich, mouth filling, complex and length of flavour. The oak has integrated well and its dry finish makes it an ideal food wine.

‘I am also happy with the Tasya’s Reserve chardonnays from the last six years. They display intense yet elegant fruit flavours and are complexed by barrel fermentation and partial Malolactic fermentation.

‘Our Chairman’s Reserve red wine is always an achievement too. It contains our best wine and uses a high percentage of French oak barrels to give a rich dry long living wine.’

‘Our philosophy is simple – grow the best grapes and make them into the best wine possible. Life is too short to drink bad wine.’