Rhone Valley wine producers are attempting to win over a new generation of Chinese wine drinkers by appealing to youth culture via film, drama and fashion.

In recent years, more and more young people are consuming wine in China, inspiring a number of events and activities organised by regional bodies and wineries targeting the younger generation of wine drinkers.

From wine fashion show in 2013 to wine drama in 2014, the movie competition marked the third year for Inter Rhône to host art-themed interactive event in China.

Themed ‘from red to emotion’, the short film contest required students to use ‘red’ as the theme for their creations, because 80% of wine produced in the Rhone valley is red, said Inter Rhone.

Among the five short films that qualified for final, The Soul of the Sea was named the winner by judges. But, Out of Cage was deemed the best by an independent audience. Both movies were submitted by students from the Central Academy of Drama (CAD).

Inter Rhône didn’t start its venture in China until four years ago, which was ‘far later than Bordeaux’, Olivier Legrand, General Marketing Manager of Inter Rhône, told DecanterChina.com. To differentiate itself from Bordeaux and Burgundy, the Rhone Valley has been trying to approach the Chinese market with ‘a different marketing strategy’.

Though the actual effect of these events on sales is ‘yet to be identified’, recent research among Chinese consumers suggests that the Rhone is the third most recognised French wine region in China after Bordeaux and Burgundy.

‘People know Rhone exists in China now. It was really not the case four years ago,’ Legrand said.

The short films, which are due to be shared on social media, were judged professionally; picture quality and the expression of the theme were taken into consideration, said QIAO Le of Central Academy of Drama, judge of the contest and professional advertisement director.

In 2014, the export volume of Rhone Valley wines to China has increased by 46% to reach 4.5m litres, with exports also up by 35% in value terms to 18.3m euros, according to official figures. The rises show Rhone producers have recovered from a severe drop in exports to China in 2013 and are now back to 2012 levels. 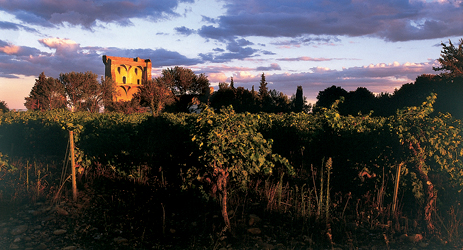