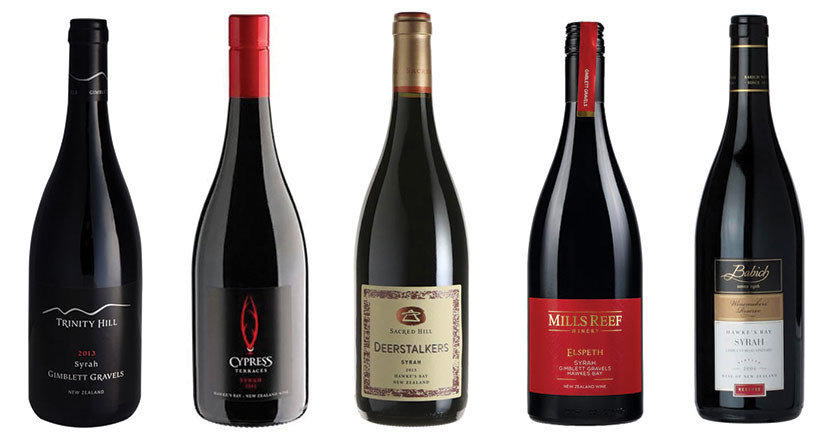 Our experts were jubilant at the quality of these wines. ‘Top Syrah is never cheap, but the value in New Zealand is as good as you’re going to get because the quality level is so high,’ said Christine Parkinson who, along with her fellow judges, cited the Gimblett Gravels sub-region of Hawke’s Bay as the outstanding area.

‘Gimblett Gravels is probably the best site outside France not only for Bordeaux varieties but also for Syrah,’ said Philip Tuck MW. Melanie Brown agreed, adding: ‘They are exceptional value compared to the Rhône.’

Despite its small size, Gimblett Gravels ‘is miles better than anywhere else in New Zealand’, said Tuck, because of its free-draining soils, which all the tasters felt contributed to an iconic style. ‘The wines had so much personality,’ said Parkinson. ‘Structure, weight, vibrant fruit, fragrance, concentration and depth.’ Syrahs from the larger encompassing region of Hawke’s Bay were ‘a step down in quality and personality but still consistently very good, particularly in terms of value’, said Brown.

Upfront aromas of violets and leather with a subtle spiciness which carries across the cherry and plum toned palate. Oaky and earthy, supple and smooth with impressive depth and length.

Invitingly creamy bramble fruit nose with an appealing dash of cinnamon. Joyous mouthful of super ripe berries and plums lifted by notes of fresh cut hay, cinnamon toast and a hint of thyme. Juicy and long.

(Chinese distributor information not yet available)
Delightfully charasmitic, pureness that runs from start to finish, exceptional acid balance and oak integration, layer of flavours evolve on the palate to a long attractive length

Obviously youthful. Still tight. Oak shows. Impressive depth and there is real complexity to the pure fruit here. Delicious, balanced very long finish. Not too hot in alcohol. Perhaps needs a year or so.