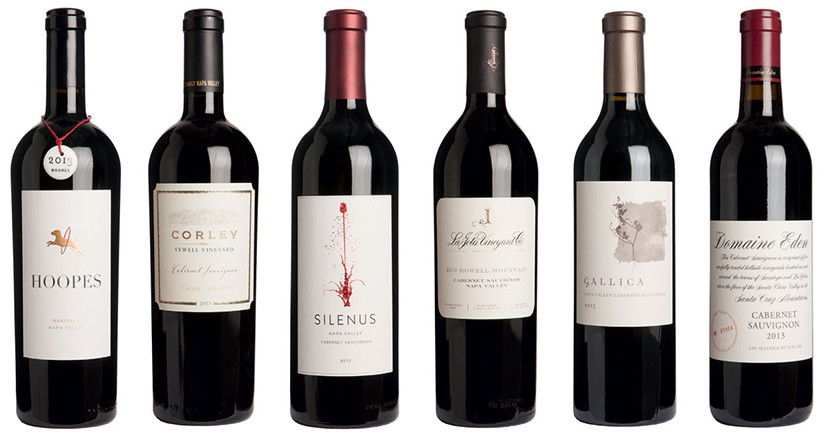 This article first appeared in Decanter magazine. It is currently featured on DecanterChina.com as part of a sponsored campaign with the California Wine Institute.

‘The vintage of a lifetime’ has given savoury, tannic, ageworthy wines for those who chose depth and complexity over excess ripeness and extraction, says William Kelley 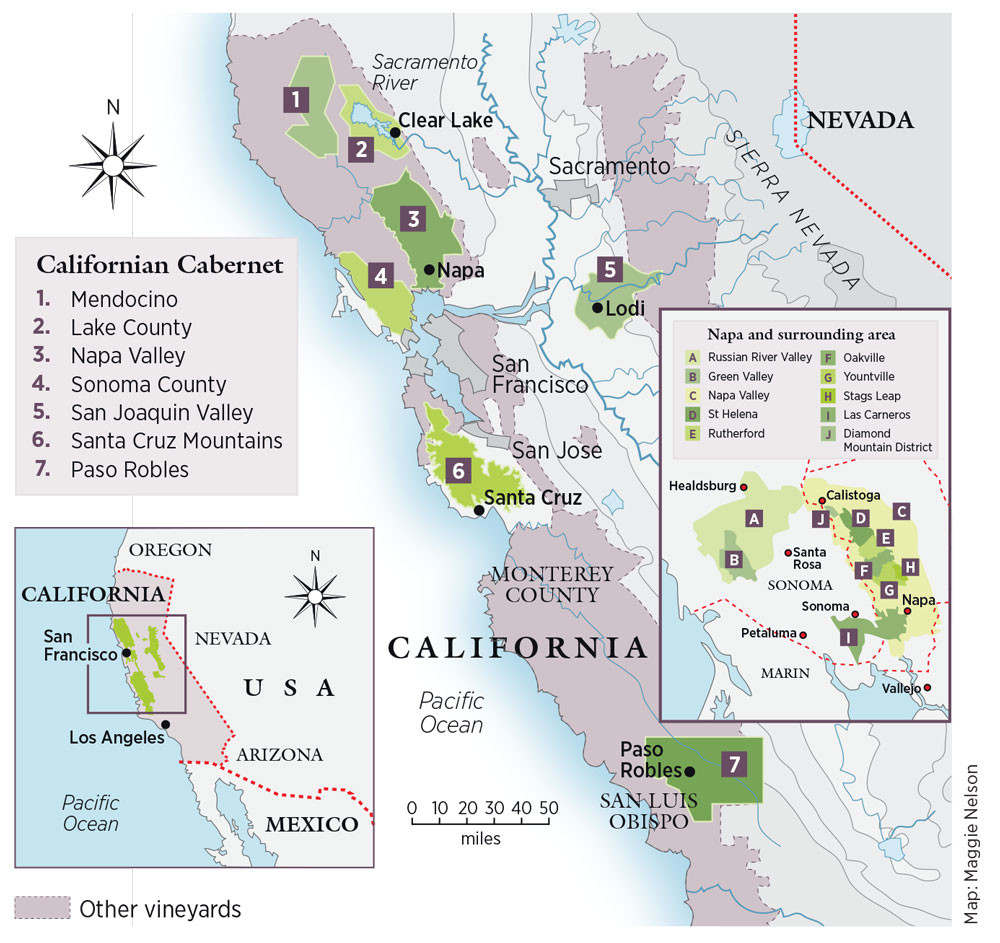 CHRISTIAN MOUEIX, PROPRIETOR of Napa Valley’s Dominus Estate, speaks for many other winemakers and growers when he describes 2013 as ‘the vintage of a lifetime’. Across California, vines suffering through a second consecutive year of drought produced unusually small berries, with a high solids-to-juice ratio. A warm summer and early autumn, uninterrupted by heat spikes or rain, made for an early harvest in ideal conditions.

The result? Wines of extraordinary depth and tannic concentration, built to age. Everything seems amplified: fruit, tannin and acidity. So while 2013 is a ripe vintage, its lower yields, balancing acidity and savoury structure lend the wines a personality far removed from the open-knit, fruit-forward and rather simple 2012s. Indeed, many 2013s already show signs of shutting down.

But even the propitious conditions of the 2013 vintage presented a number of challenges. The dry, balmy weather presented unprecedented opportunities for over-ripeness as winemakers attempted to tame the year’s elevated tannins by baking their grapes on the vine, resulting in roasted flavours of raisin and prune, combined with elevated alcohol levels often well in excess of 15%, whatever the labels may say.

The vintage’s small, thick-skinned grapes meant over-extraction was also a real danger during vinification, and winemakers had to exercise restraint to succeed. Those who did not have produced inky wines which may never lose their monolithic character.

More fundamentally, the disposition of the vintage to produce deep, tannic, savoury wines was fundamentally at odds with many producers’ desire to craft supple, immediately appealing wines of almost confected sweetness. Whereas the 2012 vintage lent itself to that style, 2013 did not, and it seems likely that many producers resorted to cellar tricks like micro-oxygenation in a bid to render their wines more accessible on release.

So the 2013 wines underline the fact that Californian Cabernet Sauvignon stands at a stylistic crossroads. In the past decade, many of the state’s Chardonnay and Pinot Noir producers have embraced elegance and restraint, often with a convert’s zeal. By contrast, Cabernet has hardly changed: high-octane, sweet fruit bombs still enjoy strong domestic demand.

While that so-called hedonistic style is a financially winning proposition for wineries, it limits the appeal of Cal Cabs abroad and may soon fall foul of changing consumer demographics at home. So change is coming, and it will be interesting to see what direction it takes.

After so many caveats, it is important to emphasise that the vintage’s many successes will take a decade or more to unfold in the cellar and possess all the materials for extraordinary longevity and complexity. The best are truly wines for the ages, elevated to a rarefied level by their unusual depth and savoury structure. A great vintage, then, for classicists and modernists alike.

High yields and a warm growing season gave ripe, fruit-forward and often rather simple wines which can lack depth and complexity.

A cool, wet year that challenged growers used to California’s balmy climate, but which gave many complex, delicious wines that will appeal to classical palates.

A cool year which produced nicely balanced, vibrant wines with cool fruit tones, combining considerable early appeal with the structure for the cellar.

The tasters were bowled over by these balanced and surprisingly forward wines from the great 2013 vintage, praising their consistently high quality. Amy Wislocki reports

An oaky nose here, yet not too charred, and full of bountiful lurking black fruits. Gutsy but not coarse with pure cassis characters, sweet bramble fruits and some lift and drive on the finish.

A crowd pleasing wine with generous oak, sleek anise and a smoky BBQ note backed by firm tannins that don't impede the sweet fruit. A stylish wine that is balanced and charming.

Herbaceous and tobacco notes on the nose. This is opulent but sleek and limpid, has a light touch without any lack of intensity, and there's good acidity to refresh the palate. Not profound, perhaps, but well made.

This has a stern oaky, blackberry and plum nose which is in some way imposing. The grippy tannins are in harmony with the alcohol and a veneer of elegant oak. It is still assertive and will settle down, but it has impressive fruit and persistence.

A full bodied, ripe Cabernet with freshness and a crisp menthol character. Despite its richness, it has a light touch and plenty of spice running through it. The plums, vanilla and sweet liquorice last on the finish.

This has a discreet blackcurrant and blackberry nose with bright and fresh herbal notes in the background. The palate has a sharp graphite element, velvety mouthfeel and sweet integrated tannins, as well as having warm baked plum pie flavours.

Voluptuous blackberry nose, full of fruit tempered by bacon oak. A bit softer than expected on the palate, and fruity rather than super-concentrated, but with balancing acidity. Cedar and pepper on the moderate finish.

This Alexander Valley Cabernet has lush toasty nose, ripe black fruits, but it is a bit reticent now. The bramble and mocha notes add complexity, enhanced by anise and backing spices on the finish.

A fresh attack of vivid bright fruit on the nose and palate, with toasty hints backing it up. There's real energy here, an impeccable balance and an emphatic finish of broad tannins.

Exuberant mocha and cedar aromas flow onto a warmer and sweeter palate, like a vanilla plum pudding. It is still tight, but bright acidity gives it lift and flair and it shows freshness and sleek ripe tannins with a coconut oak finish.

Here we have a majestic, taught structured wine with an impressive ageing capacity and classic Cabernet flavours; sweet blackcurrant and liquorice Pontefract cake with lush smoky, charred characters. Powerful and forceful yet not too tannic. It's not refined or elegant but has caressing fruit

Stylish if very oaky black-fruit nose with a touch of menthol. There is a soft attack, but it has seductive fruit and a velvety texture; then the mid-palate shows spiciness. An attractive wine for early drinking.

Fresh classic Napa nose of sweet blackcurrants, mineral sweet liquorice and warm soil. It is very mouth-filling, and has swagger and density. It is packed with fruit and some interesting Indian spice too.

A slightly muted nose showing sweet oak, cassis and cherry fruit. The palate is rich but restrained with currants overlaying a graphite sort of minerality and evidence of seamless oak management. The tannins are silky and the length is impressively everlasting.

This has an incredible nose of coffee, blackcurrants, vanilla and a hint of BBQ smoke. It is rich and ripe in style, with added chocolate and spice notes on the palate, layered with red flowers and violets and a slight softness on the finish.

Generous aromas of cassis, anise and plum meld together to give this wine a really delightful bouquet. The bright acidity whips through the palate and keeps it strong and fresh; the tannins and oak have been meticulously well managed.

A big and full bodied wine with an admirable structure built up of grippy but fine tannins and a streak of balancing acidity. The palate displays cedar wood notes and of course heaps of blackberries. It is weighty without being hot on the finish.

This impressive Alexander Valley Cabernet has red fruits on the nose which gives welcome refreshment. It is accommodating and appealing with fine-grained tannins in a discreet rather than flashy style, with some mocha tones on the finish.

Deliciously intense floral scented and nose and palate with pretty violets and blackcurrant pastilles. This wine has generous body and alcohol but is holding in a ripe Napa style that will certainly see out the next few years.

The nose oozes of tobacco leaf and blackcurrant; these characters stream onto the palate and develop tart blackberry notes and hints of sweet smoke. The use of oak is clearly well integrated in a very skilful manner.

Limpid and poised, this wine provides a fresh attack on the palate with excellent clarity of fruit. It is a friendly youth with a hopeful future; its lift and persistence along with its long, cool finish should mean that it will develop well.

Such a fantastic nose of delicious currants, this wine is elegant and refined. The palate does not disappoint and displays harmonious notes of liquorice and baking spices on top of the luscious black fruit. A wine to go wild for.

The excellent structure to this impressive wine makes it a cut above the rest. There is a superb concentration of fruit and everything is in balance. A true example of how intense and enjoyable Napa Valley Cabernet Sauvignon can be.

What an exquisite blackcurrant nose! This then leads onto a silky attack of lean elegance and fresh acidity in an atypically mouth-watering style of Californian Cabernet Sauvignon. It has intensity and persistence as well as charm and finesse.