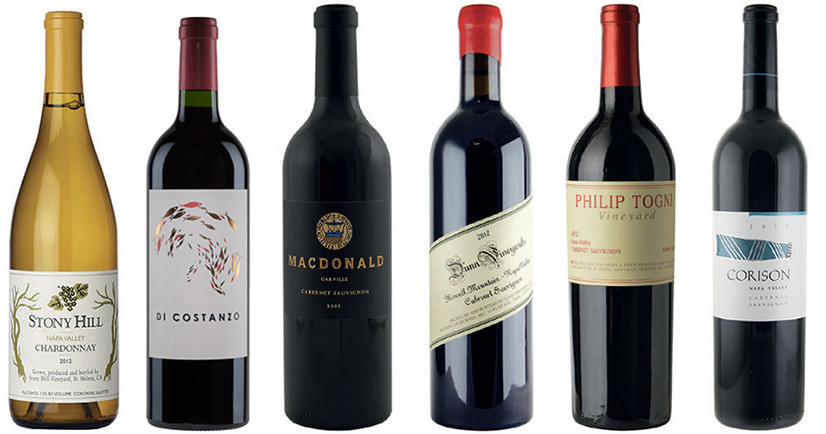 In the 1960s, Napa Valley could count only a handful of wineries, but today it’s home to 475. Many enjoy international markets and reputations, being sought-after the world over.

Prosperity has followed: every year, Napa Valley wine contributes $50 billion to the United States’ economy – a figure that’s greater than the GDP of Croatia. By any metric, then, Napa is thriving.

The wine market’s demographics are changing, with millennials now consuming more wine than any other generation, while the baby boomers that fuelled the Valley’s 20th-century efflorescence are spending less as they age.

New wine drinkers increasingly prioritise originality and authenticity in what they drink, meaning that Napa will have to compete for their attention with rivals from elsewhere.

There really would be no sense in altering what is proving to still be a winning formula. We’re unlikely to witness a wholesale reimagining of Napa Cabernet of the kind recently wrought in California Pinot Noir and epitomised by the In Pursuit of Balance movement.

But the valley is undeniably evolving.That’s reflected in new emphases: elegance and balance are back in fashion, even if the wines themselves are slower to change.

To generalise: high ripeness is still the order of the day, but new oak is now far more carefully controlled. The terroir philosophy has been adopted writ large, as an ever multiplying roster of single-vineyard bottlings testify.

But perhaps most importantly, Napa Valley’s collective conversation, once dominated by cult Cabernet, has moved on.

‘Napa is no longer a monoculture,’ concludes veteran winemaker Cathy Corison, ‘and that’s a good thing.’

Sweet red-black fruits, herbs and spice lead into a juicy, medium-bodied wine with vibrant acidity and light tannins. Once mistaken for Barbera, the kinship is more than superficial. Deliciously quaffable—and at a mere 12.1% quaffing is not punished.

Notes of black cherry, menthol, cedar and subtle clove introduce a brooding, layered wine, framed by a chassis of fine but firm tannins—bursting with earthy complexity and character.

Scents of rich fruit compote—straweberry, blackberry, cherry—mingle with notes of anise, cedar and mountain laurel, the preface to a juicy, firmly tannic wine with serious structure and mid-palate. The second vintage of Promotory is quite a firm, powerful wine.

Still a very youthful wine, notes of crisp lemon, lime, tart melon and iodine precede a broad, textural wine with wonderful cut and energy; structurally this has more in common with a red wine than it does with a typical Napa Chardonnay.

A deep-pitched bouquet of fresh red-black fruit, deep soil tones and floral top notes introduces a youthfully primary wine with a refined, three-dimensional tannic structure and signature Eisele minerality. The first wine produced 'from berry to bottle' by the Pinault regime is thus a great success, with notably superior barrel integration to some of its predecessors. The vineyard is now front-and-centre: on the label, and in the bottle.

Aromas of ripe plum, cassis, tar, woodsmoke, cocoa powder and espresso roast introduce a powerful, fine-grained wine with a chassis of richly extracted tannin, underpinned by taut acidity; deep and sapid. A formidable wine, once overshadowed by the 1997 but ageing more gracefully.

A rich, brooding bouquet of blackberry, tar, truffle and mint leads into a full-bodied, layered wine with a wonderful core of ripe fruit and comparatively supple tannins by the standards of this typically reserved cuvée.

While the 2012 vintage tended to produce open-knit, fruit-driven wines, the Togni family have rendered something more serious: a bouquet of sweet cassis, black cherry, bay laurel and rich soil, judiciously framed by new oak, is followed by a structured, three-dimensional and nicely balanced wine, with a beautifully savoury core of fruit and refined tannin. Since bottling, this has shut down hard, so patience is recommended.

The MacDonald brothers' 2011 Cabernet Sauvignon from their vineyard in the heart of To Kalon is an exceptional wine, and one of the best of the vintage. Endowed with a classical and highly refined tannic structure, after lengthy decanting the wine burst from the glass in a blaze of juicy cherry and blackberry, with nuances of black truffle, graphite and menthol. Firm at the core and nicely balanced at this early stage in its evolution, I expect this bottling to develop beautifully in the cellar.

The just-released vintage of Martha's Vineyard is another youthful classic from Heitz, bursting with notes of black cherry, mint chocolate, cigar box and spice. On the palate the wine is ample, concentrated and fresh, with more intensity and drive than many of the supple wines this easygoing vintage produced. Its inherent complexity needs time to unfurl.

Beautifully perfumed aromas of rose petal, violets, blackberry, dark chocolate and incipient cigar tobacco burst from the glass in a striking array, the prlude to a wine structured around refined, savoury tannins and juicy acidity. An ethereal and classically-proportioned Cabernet which will age effortlessly thanks to its flawless balance, likely putting on weight with bottle age. Terrific stuff, not to be missed.

A perfumed bouquet of crushed cassis, violet, woodsmoke and incipient truffle is the prelude to a rich, layered and superbly pure wine with fine-grained tannins, juicy acidity and lovely reserve, depth and tension at the core.