It was like a funeral – in reverse. A curious crowd stood around the giant pit. Below us, picks were flying. First one remnant appeared in the earth, then another. A mechanical digger was drafted in, to excavate delicately around the remains before trowels and shovels did the fine work. After two hours, they were hoisted out, one by one, and laid out on a cart. The smartphones flashed; the throng gawped.

Relax: this is not a murder enquiry (though gentle handling and infinite reverence was still required). What had been excavated were three barriques, filled to the brim with Brouilly 2015 and Côte de Brouilly 2015, and they’d spent the last 18 months buried two metres deep ‘in contact with the rock which had given birth to them’, as a nearby panel proclaimed. Rock? It looked like ploughman’s soil to me; the moisture and the worms had eaten away at the barrel chimes, and heavy lumps of clay clung to the staves.

We were gathered high on the slopes of Mont Brouilly. The ostensible aim of the exercise was to see how wine evolved when it was buried underground, like pirate doubloons. Why do this? It’s a laborious exercise that’s fraught with uncertainties. Just a few more years in the deep earth would almost certainly have ensured the total destruction of a barrique, just as it does of an oak coffin... 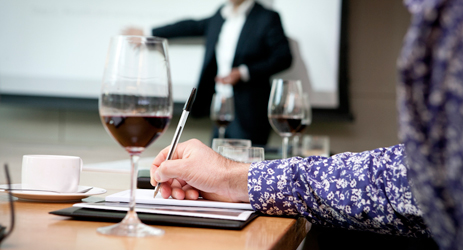