Stuck in a vineyard with no wifi? Getting confused with your hectares and acres on the other side of the Atlantic? Andrew Jefford crunches some numbers and gives his advice... 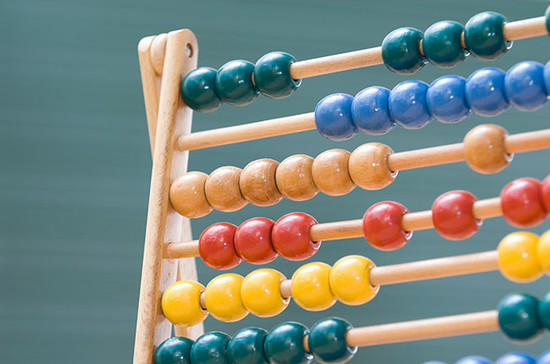 Over the last few years, in the back of successive diaries, I have taken to jotting down a list of useful conversion factors and other ready-reckoning figures for the wine world. Here they are, together with a few notes on why they might be important. Corrections, additions or refinements from readers are welcome.

One of the conceptual challenges for wine students is that the USA and some other English-speaking countries continue to use acres as a standard land measurement rather than metric land measurements (ares and hectares). To convert hectares to acres, multiply by 2.471 (easy enough mentally – it’s roughly two and a half times), and to convert acres to hectares (more difficult, in my head anyway), multiply by 0.4047. Even a hectare is a relatively small land unit: just 0.01 of a square kilometre – which is useful for proving just how little land vineyards occupy in general. Vineyards account for just 1.05 per cent of the Côte d’Or, for example (9,300 ha in a département of 8,763 km2) and it’s only 15 per cent of my home département of Hérault, one of the most vineyard-intense landscapes in the world.

There are various rules of thumb for gauging shifts in the climate component of terroir, supposing that you don’t have the degree-day totals for a particular site. Latitude is a key factor – and one degree of latitude equates to around 111 km (or just under 70 miles). Of course the impacts of latitude depend on the surroundings (oceans and maritime climates buffer the effects of latitude, whereas continent land masses and continental climates can accentuate them), but there is no escaping the change in day lengths and in luminosity which they imply. Latitude is the biggest single point of contrast between northern and southern hemisphere vineyard sites – but remember that there is a lot more ocean in the southern hemisphere than the north.

Altitude is another vitally important factor in understanding a vineyard site, and here a rule of thumb is the loss of one degree celsius (or 1.8 degrees farenheit) per 180 metres (or 591 feet) of altitude gained. (A precise figure is not possible, since so much depends on site, aspect and weather conditions.) In comparing sites, always remember to take altitude as well as latitude into account. You might, for example, assume that Châteauneuf du Pape (latitude 44.0566°N) is cooler than Ribera del Duero, lying much further south (latitude 41.5985°N). This would be a dangerous assumption, as a consideration of altitude (760m-850m for Ribera del Duero compared to 23m-128m for Châteauneuf) will reveal. Argentina’s low latitude but very high altitude vineyards makes this point still more forcefully.

Hectolitres per hectare come closest to being the universal system for expressing vineyard yield, though there is no desideratum: great Champagne has been made at 80 hl/ha; Bordeaux First Growths can be satisfactory at 45 hl/ha; fine Languedoc wine rarely exceeds 30 hl/ha; while Sauternes proprietors will be happy with 15 hl/ha.

Even this way of expressing yield is packed with hazards, though, since it only makes sense when you understand not only how much juice has been pressed from those grapes, but also the planting density of the vines (and the pruning regime). In general, you need around 130 kg of grapes to give 100 litres of red wine – or, put another way, a tonne of grapes will produce about 769 litres of wine. To make 100 litres of white wine, you need about 160 kg of grapes (more in Sauternes).

You might assume that a yield of 35 hl/ha is more ‘qualitative’ than one of 45 hl/ha, but if planting density is 10,000 plants per ha then 45 hl/ha will mean 0.45 litres per vine whereas, at 6,000 plants per ha, 35 hl/ha will mean 0.58 litres per vine. The most sensible yield question to ask, therefore, is about planting density in conjunction with kg of grapes per vine. (1 short ton per acre, by the way, equates to about 15 hl/ha for white wine, and about 19 hl/ha for red wine. So to turn hl/ha into tons/acre, divide by 15 for white wines and by 19 for reds.)

Oh yes, and to convert litres to standard bottles, divide by 75%.

Acidity is one of the fundamental structuring elements of a wine, and it’s interesting and often revealing to ask about a wine’s acid levels. They are customarily measured in two ways: pH and ‘TA’.

The measurement of pH relates to hydrogen ions, and wines generally fall somewhere along the pH scale between 2.9 (very acid) and 4.2 (very low acid). It’s a useful measurement for winemakers monitoring their wines’ stability (of risk of instability – brett is more of a risk at higher pH levels), but pH does not always reflect the perception of acidity or indeed measured levels of acidity; on some occasions and from certain soil types (notably those low in potassium and high in calcareous materials), lower acid wines can still have the ‘safe’ (in other words low) pH levels one might associate with high-acid wines. For tasters, a much better gauge of perceived acidity is ‘TA’.

So why the inverted commas? That’s because TA can mean either total acidity or titratable acidity, and they are not the same thing: titratable acidity is always a little lower than total acidity, though it is easier to measure. It is measured to a specific pH end point, too, and the actual figure depends on the end point chosen. For non-chemist wine lovers, though, the key hazard is that TA levels in France are usually expressed (in grams per litre) as sulphuric acid (H2SO4) rather than as tartaric acid (C4H6O6), which is the normal expression elsewhere, and this can make French TA levels seem bizarrely low. To convert a TA expressed as sulphuric to one expressed as tartaric, multiply by 1.53.

It’s noticeable that acid levels vary enormously around the wine world, with the French and Californians being relaxed about low acid levels in red wines if that is what site and season has delivered, whereas Australians tend to prefer much higher acid reds. Australian winemakers are rarely happy about pH levels in wine of more than 3.7, whereas the reported pH levels of three 2009 First Growths (Margaux, Mouton and Haut-Brion) are 3.71, 3.81 and 3.9 respectively. TA levels of up to or even beyond 6.5 g/l are common in Australian red wine, even those grown in warm sites. These will be found elsewhere only in cool-climate reds, with warmer locations showing TA levels of 5.5 g/l or less. Ripe Viognier in Condrieu can have a TA as low as 4 g/l and a pH as high as 4.

The measurement of tannins is still in its infancy, and figures revealing tannin levels are rarely supplied outside Bordeaux. There, though, the IPT (indice de polyphénols totaux) is often quoted, with ‘normal’ levels being around 65 and high levels 80 or more. Were IPTs to be routinely tested around the world, the results would be fascinating. My guess is that they would show that tannin levels in classic European reds, Burgundy included, still tend to be much higher, for some reason, than most of their competitors from newer wine-growing locations: a disconnect which (if true) ambitious southern hemisphere winemakers might like to study. We also need some way of distinguishing between different styles of tannins, just as we do between different intensities and characters of acid (amount of acid and strength of acid are not synonymous).

Alcohol, finally, is a relatively straightforward matter to measure (as percentage by volume at 20°C); here the catch is the degree of latitude permitted by different labeling regimes (the EU has a latitude of +/- 0.5%, China has a latitude of +/- 1%, whereas a sometimes misleading +/-1.5% is permitted in the USA, Australia and New Zealand).

Another rule of thumb worth jotting down is that it takes around 17 g of sugar to produce 1% of alcohol for white wines, and around 19 g of sugar to produce 1% of alcohol for red wines (because red wines ferment at a warmer temperature, and alcohol evaporates during the extraction process). Conversion rates of sugar to alcohol do vary by yeast strain (by up to 0.5%), but that is not the reason why wines today are much stronger than they used to be. That can only be due to their sugar content – and the differences are stark. I’ve noted down dramatic examples whenever they have come my way. Latour from the hot vintage of 1959, for example, measured just 11.6%; Latour 1961 is 12.3%; and Grange 1971 is 12.3%. Latour 2010, by way of contrast, measures 14.4%; Grange 2008 is 14.5%; and La Mission Haut-Brion 2010 is 15.1%. The influence of anthropogenic climate change on the vine’s ripening cycle seems to be a major cause of this, though not the only one; other big factors are lowered yields, high-quality viticulture in general and selection at harvest, implying the use of more homogenously ripe berries. 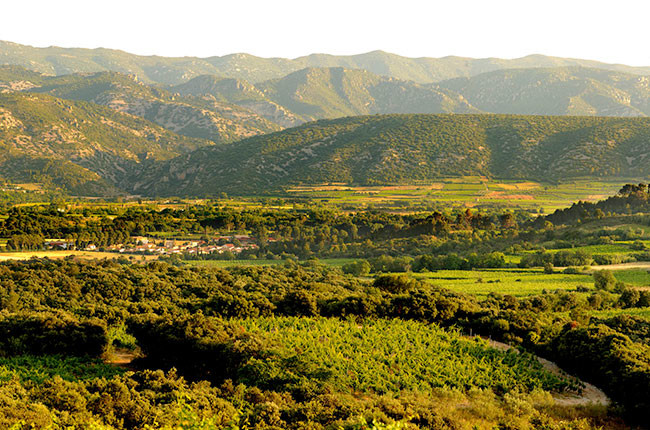