Andrew Jefford weighs up why some wines are trusted more than others, and what producers can do to inspire trust.

When historians look back on 2016, they’ll focus on the erosion of trust — in expertise, in experience, in institutions, even in objective truths themselves — to account in part for the political upheavals of the year. It’s a disquieting trend, as thoughtful wine drinkers know: the wine world and its historical dramas offer compelling evidence of just how important trust is.

Wine matters so much to us not merely because of its alcoholic content, but because some wines are surpassingly better, in terms of the sensual and drinking pleasure they provide, than others.

Once that difference is clear, the identity of the superior wine becomes vulnerable to usurpation. Those paying more for superior wine need to be able to trust its identity. From the smiling Roman with a bargain amphora of Falernian, via the Champagne travesties of the early twentieth century to the seemingly lustrous auction consignments of Rudy Kurniawan, passing off ordinary wine as superior has always been enticingly profitable.

This is why wine law is principally concerned with the protection of the names and identities of particular territories. Production stipulations attract much comment, but they’re provisional and secondary. (We take wine law for granted, but just how complex and painstaking a process it in fact is can be illustrated by the 24-year timeline I append to the end of this piece concerning the awarding of appellation status to the as-yet-little-known Gard zone of Duché d’Uzès. We should be less cynical about wine law.)

New markets create wondrous opportunities for the unscrupulous, since a new market means a mass of trusting but inexperienced consumers. The most notable example of this phenomenon over recent years has been China; France’s Foreign Trade Advisory Board cautioned in 2015 that one in every two bottles of ‘French’ wine sold in China might be counterfeit. This colossal problem will take many years to resolve.

The vastly expanded global secondary wine market, though, has also provided a new cohort of trusting but inexperienced consumers, as well as culpably gullible intermediaries and gatekeepers. Maureen Downey’s work on wine authentication via her winefraud.com website, and through her recently launched Chai Wine Vault initiative, lays the groundwork for a response. This is just one field among many in which we need more experts, not fewer. When trust disappears altogether, markets collapse and the prosperity of all is eroded. You and I are still recovering from the loss of trust which precipitated the Global Financial Crisis of 2007-2008, though we may not understand in what ways or be able to quantify our losses accurately. (It’s thought to be around $16,000 each.)

When I last wrote about trust as a concept, I concentrated on its practical aspects. I’ve now, though, come to believe that trust itself is one of the qualities which characterise classic wine.

This has nothing to do with the authentication of auction stock; what I have in mind is the process which you may have gone through when you chose the red wine to put on your Christmas table. You probably won’t have risked an experiment or a punt; you’ll have chosen something you know, love … and trust. A classic wine is a familiar one which inspires affection and is trusted to deliver a certain satisfaction. The wines which sell best over the longest term are those which most drinkers go back to, time and time again. It may be Léoville-Barton; it may be Ridge; it may be a Penfolds grandee; it may be Rioja Alta’s 890 or 904; it may be Mas de Daumas Gassac or a Travaglini Gattinara. (I could have mentioned hundreds of other names.) Where does this trust come from, and how can you create it?

Propitious vineyards are obviously a pre-requisite, but this is less of a hurdle than it might seem, since potential is reflected in price and in any case difference is relished by wine consumers. Monte Bello is not Léoville-Barton, and neither is Mas de Daumas; the vineyard sources for the reds of Penfolds and Rioja Alta vary from year to year. The point is that contributing vineyards not only have a fitness for purpose, validated by their economic survival, but beyond that are capable of producing wines of palpable gastronomic interest, with potential for age and development. But they don’t have to be ‘the best’. Indeed there is sometimes something a little overblown and effortful about those wines aspiring to be ‘the best’ which the creators of trusted classics instinctively seek to avoid.

I’d rather not talk about viticulture or wine-making in this context since that immediately implies a set of strategies, whereas that which creates trust is not a level of yield or wine-making technique, but rather an honest seriousness of purpose, springing from a certain aesthetic vision: the desire to create balanced, drinkable wine of textured finesse, with gastronomic aptitude and the ability to age. It doesn’t matter where you are in the wine world; it’s that nobility of vocation –- the determination to make a wine which works its magic on the drinker at table in the way that good wine has on its drinkers from Homer’s time onwards – which lays the ground work for a potential classic.

A distinctive visual signature, and in particular label colours and design, is another important element intimately bound up with the acquisition of trust. The ‘face’ of a wine, after all, is the visual appearance of a particular bottle; you should be able to recognise this from across a room, as you would an old friend, and that label, too, should strike the eye in the same way as the wine appeals to the nose and the mouth. Proportion, balance and elegance are the default ideal, and rarely fail to appeal, though there is room for innovation, too, particularly for wines of non-European origin. Once you have the label, though, stick with it. A signature is that which does not change.

Consistency is essential in forging the bonds of trust between drinker and wine. Not, of course, a consistency which would scrub away vintage character – since that would be a betrayal of the seriousness of purpose I alluded to above. Part of the contract between drinker and wine is that different vintages should bring different pleasures. The consistency which wins trust, though, is a pattern and thread which can be seen through every vintage: the aromatic and flavoury equivalent of the visual signature above. It’s important, too, to promise and deliver a certain level of quality every year, too – so if a truly dreadful vintage does happen along, then it’s best to skip that entirely, or only release a second label.

Classics endure – so that which endures acquires the potential for classic status. By the time a wine has been through thirty vintage incarnations, it has won its economic spurs and found its market. It’s a wine that drinkers conspicuously know and trust – and is therefore in the running for classic status. Producers, thus, are best advised to resist a torrent of innovation along the way, and to avoid, perhaps, too many dalliances with special cuvées, no matter how sensational the results in a particular vintage.

The passage of time

In the end, a wine producer cannot control everything along the path to trust and to classicism. Time has to provide its own scrutiny – and, if all goes well, its eventual benediction. Many classics are a multi-generational creation; the work of those who may have spent 40 or 50 vintages in pursuit of a particular ideal and who have then passed on and left their attainments in the hands of others.

What is the role of drinkers in all of this? It’s a key one – and different drinkers perform different functions. One reason why wine criticism has had the effect it has over the last three decades is that the endorsement of critics can fast-forward the winning of trust: a high score, if you like, is ‘instant trust’. But anything instant must always be provisional: drinkers, real drinkers, then put the score to the test, and it’s the expression of their verdicts via the marketplace which is the final one. High-scoring wines sometimes fail to convince the market. A true classic is born when a wine is trusted without endorsement.

Finally, too, I should point out (in wine as in life) that trust requires faith, and cynicism erodes it. This is the great danger of the present time. All of us know that the deepest and most rewarding relationships we have with the wines we love are, in a way, reciprocal; the intimacy of understanding creates ever deeper bonds, but we have to give a particular wine our trust first of all, and follow it with conviction, allowing each vintage to reach articulacy in the fullness of time, in order to enjoy that rewarding intimacy. A cellar full of 100-point singletons isn’t quite the same thing.

Duché d’Uzès: the long road to an appellation

1991: Formation of a local committee to try to get VDQS status for the wines.

1995: Vineyard inspections. The growing area is extended from 122 villages to 132 villages.

2002: The VDQS files are submitted, and the investigation committee begins its work.

2006: Following suggestions from the independent experts, the number of eligible villages is cut to 104. Later that year, the INAO requests a further reduction in the area. Finally in November all work stops when the VDQS category becomes defunct.

2007: INAO is reformed. The growers resolve to try to obtain AOC (AOP) status.

2008: The number of villages is further reduced to 77, and production charter is tightened.

2009: The application for AOC status is accepted.

2010-2011: Experts begin work on defining the growing zone in detail and identifying its constituent parcels.

2013: The 2012 stocks are confirmed as being of acceptable standard.

20th July 2013: The appellation finally awarded to wines of the 2012 vintage onwards. And all this, of course, is only the very first rung of the ladder towards potential classic status … 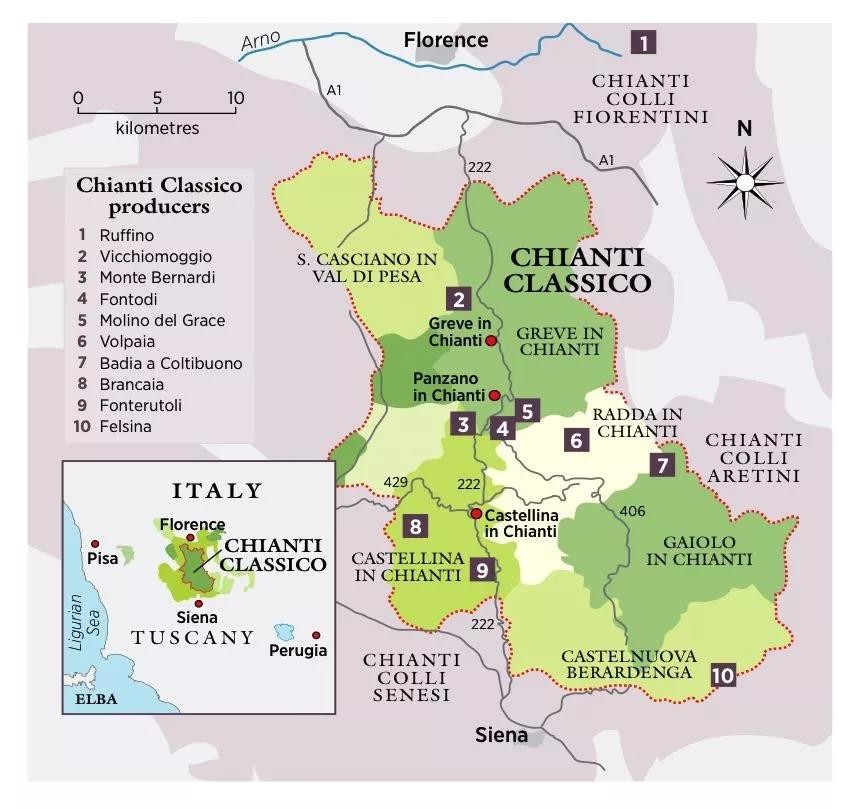 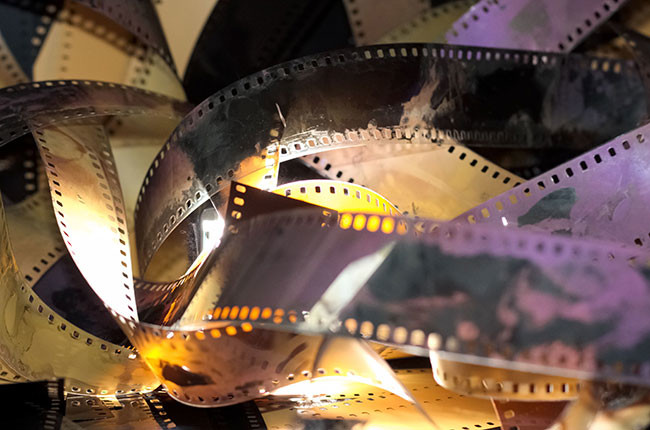 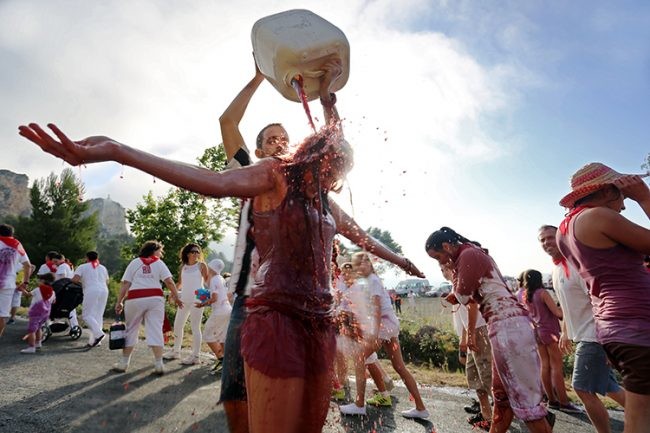 Wine festivals guide: Where to go in 2017