One of Asia’s most important collections of Burgundy wines will go under the hammer at a Hong Kong Christie’s auction in March. 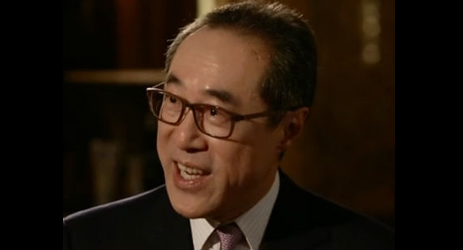 The wines, from the cellar of collector and former Hong Kong first secretary Henry Tang is expected to raise HK$29m (US$3.74m). Tang is selling the wines, he told Decanter.com, simply because he has 'too many to manage'.

For the first time, as reassurance of provenance, each bottle will be inspected by the Christie’s team and will have a ‘Bubble Seal’ to indicate it was part of ‘The Henry Tang Collection’.

Most of the wines were shipped directly to Tang over the past several decades. This auction is unusual in that it is not the wines that people are focusing on, which in itself is extraordinary given the quantity of Burgundy on offer – but Henry Tang himself.

There has already been a slew of reports about the sale, some erroneous, and an enormous amount of focus on the scandals that surrounded Tang and his failed bid for chief executive. He resigned as chief secretary in September 2011 in order to run for chief executive of Hong Kong, a bid that failed amidst revelations of a series of scandals attached to his name - including the revelation that a basement and wine cellar at one of his homes had been built without official approval.

However politically controversial Tang may be, he is respected in the wine industry for the diversity of his interests, his impartiality and generosity. Pierre-Henry Gagey, president of Louis Jadot said, ‘Henry Tang is a friend of Burgundy; he understands finesse, delicacy and refinement and has always been in search of true quality without any concession.’

Tang is known as a champion of wine in greater China, introducing lesser-known producers to an influential group of friends. In the mid-1990s he had already moved beyond Burgundy and was exploring the Loire Valley for up and coming vignerons. Tang told Decanter.com the sale was necessary for reasons of space more than anything else.

‘I simply have way too much wine to drink. I have been giving away wine to friends and family simply to reduce the stock, but still have too much to manage. So I decided to dispose of some of it through the auction.’

He said he had chosen not to sell the wines anonymously in order to create interest.

‘I have allowed Christie's to use my name because I felt it would generate more interest in Burgundy wine which has a special place in my heart. Also, to tell the world that there are collectors in Asia who have world-class collections. Europe and America do not have a duopoly on world class collections.’

He is also keen to point out that his collection is not just about the well-known domaines: ‘The selection for this auction is very diverse - from highly rare and expensive wines like Henri Jayer in magnums, to very modest, but good wines which could be had for several hundred Hong Kong dollars per bottle.’