Many winemakers around the world have tales of animals eating wine grapes in their vineyards. See below for a rogues’ gallery.

Raccoons, not native to Germany, were introduced by Nazi air force chief Hermann Goering in 1934 after he decided Germany did not have enough wildlife. Highly adaptable, with no natural predators and ideal geographic conditions the animals bred like rabbits, destroying agriculture and upturning bins across the country.

The raccoons ravaging reached an all-time high in 2005 when they destroyed an entire harvest of grapes in the Brandenburg region west of Berlin.

There is now thought to be over a million raccoons in Germany with the government trying to control their numbers with regular culls.

Tuscan vineyards have been waging a battle against the large, and continually growing wild boar population. Now with numbers of over 150,000 in Tuscany alone, they are a formidable force. In Genoa, they even have urban boars sifting through rubbish like London foxes.

With few predators to control numbers, these 80 to 100kg beasts roam around in packs to stave off the wolves, eating the grapes and flattening the vines as the rampage through the vineyards.

The Tuscans have taken to hunting the boar to protect their vines and much of the local cuisine is centered around boar meat, which has a rich gamey taste.

South African baboons have developed an expensive taste, devouring only the very best grapes. Eating only the sweetest Pinot Noir and Chardonnay, the baboons will taste each bunch and if it’s too sour they throw it on the floor.

Even before the grapes even have a chance to grow, the baboons will munch on the young shoots of the vine, leaving nothing but churned up earth in their wake.

It is illegal to shoot and kill baboons in South Africa so vineyard owners can do nothing more than build fences around their vines that do little to keep out these intelligent pests.

Birds are a nightmare for vineyard owners across the world with many owners finding new and innovative ways to protect their precious grapes.

In Sonoma, California a winery owner has ‘employed’ falcons to hover over the vines scaring off the huge flocks of starlings that normally fill up on the ripening grapes.

Vines can also be protected by covering them with netting or annoying the birds with high pitched noises so they cannot stand to be near the vineyard.

Vines are the ideal sustenance for deer, sweet fruit and fiberous leaves. With such a widespread population vineyard owners have thought up ingenious ways to protect their grapes.

From electric fences and hunting to animal repellent sprays and natural remedies like egg spray and garlic juice there are plenty of options to stop their incessant nibbling on grapes. 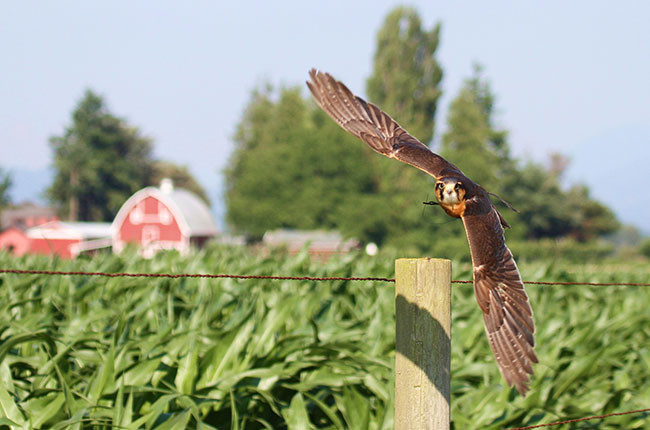