Christie’s auction house has announced it will be featuring a self-pouring wine machine as part of its ‘Out of the Ordinary’ sales collection...

Christie’s puts the expected price between £15,000-£25,000, as the sale attracts buyers willing to fork out for spectacular rarities.

The machine has been constructed using around 300 pieces of scrap metal, including such unlikely items as cannon balls and clock springs.

Each piece is cast in bronze and fitted together in a completely unique and otherworldly style. It’s intended as a functional art piece, which reportedly never spills a drop.

A complicated hydraulic system of cogs and balances combine to deftly clamp and rotate any wine bottle, before neatly pouring the perfect glassful.

Its creator is the mechanical sculptor Rob Higgs, known for his weird and wonderful feats of creative engineering.

People are fascinated by his retro-futuristic contraptions, some of which include seagull-triggered foghorns and humanoid robots for NASA. His twelve foot long clockwork knife is displayed in Heston Blumenthal’s ‘The Perfectionist’s Café’, at Heathrow Terminal 2.

The ‘Out of the Ordinary’ sale will be honouring Christie’s 250th anniversary, and will feature a host of other curious treasures – including the possessions of Queen Victoria, Winston Churchill and Lawrence of Arabia. The sale will take place on September 14 in South Kensington, London.

If you fancy having a look for yourself at this impressive oenological sculpture – Christie’s will be displaying the sale items to the public, from now until the auction date. 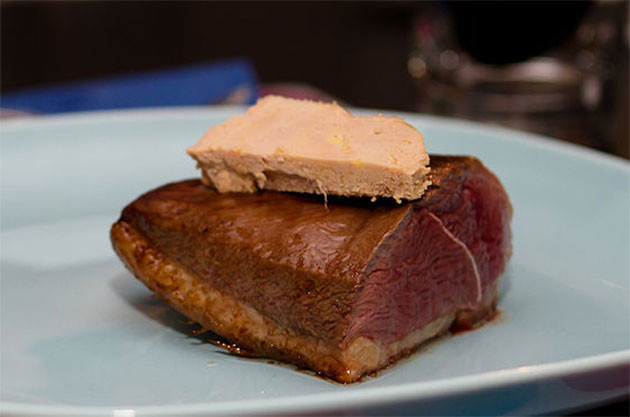