Originally published on 10th May 2013 on Decanter.com.

Few civilians get a glimpse into the UK Government's inner chambers, but in a century-old cellar, Chris Mercer discovers Latour 1961 among more modest bottles, and hears tales of Nelson Mandela’s favourite tipple.

Deep in the bowels of a guarded 19th-century mansion, just across the park from Buckingham Palace, lies a key weapon in UK foreign relations. Access to the Government’s wine cellar in Lancaster House is extremely rare. Yet, from the depths of this official entertainment venue, a small team of civil servants lubricates the cogs of British diplomacy.

Ministers established a wine cellar in 1908 amid a flurry of international conferences. Apart from a sojourn in rural Warwickshire during World War II, it has been in its current location since 1922. Not that you would guess it from its unassuming subterranean corridors. Bare walls, dismantled tables and half-stacked furniture present a stark contrast to the chandelier-adorned grandeur above. ‘That’s the guard dog,’ quips Paul Le Cornu, Government Butler, who looks after the cellar day-to-day. His dachshund, Ollie, dozes in a basket outside the entrance. A short siren tells everyone visitors have crossed the threshold; admonishing illicit thoughts about how charming a first-growth might look on one’s private mantelpiece.

Inside, it’s a compact space centred on an oblong table, forged in the 19th-century from a fallen tree in the nearby park. The temperature is about 13°C. Rows of stacked shelves either side contain the majority of the cellar’s 38,000 bottles, with a heady market value of close to £3 million.

The wines are organised by region and tagged. There are a few dozen Latour 1961s, although it is hard to count precisely. ‘It makes up a significant proportion of the overall value of the cellar,’ says Robert Alexander OBE, head of Government Hospitality. He won’t say how much. ‘Our oldest claret is Latour 1955. We have a tiny quantity left.’

Other gems include 1931 Quinta do Noval Port, served at the 2005 G8 Summit at Gleneagles in Scotland. The 1961 Corton Grand Cru from Bouchard Père et Fils and the 1878 Grands Fins Bois Cognac from UK merchant Berry Bros & Rudd also catch the eye. Such treats make the cellar’s ‘A1’ grade, the crème-de-la-crème reserved for the most high-level occasions, like Royal weddings or state visits. Below them are mostly wines graded A, B or C.

A committee of four Masters of Wine, with an ex-diplomat as chairman, meets two or three times a year to review existing wines and recommending which could be sold, aged or are ready for drinking, and at which grades. A historical reference sheet with grades and past tasting notes has been built up over many years. They will also help identify potential cellar additions, as well as blind-taste wines, which are supplied by merchants. A tasting of Bordeaux 2009s is next up, at the time of writing.

‘They [the MWs] are active members of the wine trade. They know what good value is,’ says Alexander, for whom wine was a personal rather than professional interest prior to his current role. Modestly describing his own palate as ‘alright but not brilliant’, he has the final say on the budget. It sounds simple, until one considers how subjective wine is. Are there disagreements? ‘Oh yes,’ says Alexander, wryly, ‘but the MWs are fantastic’.

Vintages from after 1985 are the cellar’s bread-and-butter, most bought from merchants at a fraction of their present market price. It’s still a who’s who of classics, featuring Bordeaux including Lafite, Cheval Blanc, Cos d’Estournel, Mouton Rothschild and Le Pin, and top Burgundies such as Domaine de la Romaneé-Conti’s Echézeaux Grand Cru 1990. But, there’s also several Rhônes, and wines from most major producing nations, including many German Rieslings. It’s not all grandiose: Concha y Toro’s Merlot 2008, graded as ‘C’ in the cellar hierarchy, is the stock red for general receptions. Alexander’s department serves between 200 and 230 events per year.

Despite the grading system, deciding who drinks what, and when, is a juggling act. Ministers are asked to detail their preferences when taking office, and the food is also considered. ‘What we don’t do is give ministers a copy of the wine list and say “take your pick”,’ says Alexander.

There’s a sensitivity around the nationality of foreign visitors. ‘One shouldn’t underestimate the importance overseas delegations attach to every detail,’ says Alexander. ‘We veer towards using 1988s for Chinese delegations, as the number eight is a symbol of good luck in China.’ And, nearly 40 years since the Judgement of Paris, Napa Valley ‘probably wouldn’t be our first choice’ for French ministers, he says. That said, ex-French president Jacques Chirac was happy with a Beck’s lager.

Alexander doesn’t reveal too much, but he does say that satisfying Nelson Mandela’s taste for little glasses of Sauternes ‘was one of those rare moments in a career’. Some of the most relaxed visitors have been the Obamas. ‘They were both happy to take a sip of whatever was offered.’

Among the British establishment, there is mixed passion for wine. ‘It’s no secret that the Queen is not a wine drinker,’ says Alexander. Former UK prime minister Gordon Brown and his wife, Sarah, only drank a small amount of white and sparkling. Others have shown more love. Baroness Margaret Thatcher called Château Margaux 1961 ‘silky’ in 1989. The last Lord Chancellor under Tony Blair, Lord Falconer, ‘was passionately interested in wine’, Alexander says. ‘The more entertaining ministers do, generally, the more interested they become. The Foreign Secretary will always notice what we put on the menu for him and he will comment on it.’

A rising star of the cellar in the past decade has been England. Its wines made up 36% of those used in the UK’s 2011/12 financial year, dominated by Chapel Down’s Bacchus 2010. ‘We’ve been buying Bacchus for 10 years,’ Alexander says. Nyetimber’s demi-sec style sparkling is the latest English recruit. England’s gain appears to be Champagne’s loss, a shift albeit aided by tough economic times. ‘We’ll do a few receptions of Champagne, but many fewer at the moment. People don’t want to be seen drinking it,’ Alexander says. Port is also out of favour, no longer drunk during lunch.

Austerity has hit the cellar. Government Hospitality’s annual budget is £600,000, wired from the Foreign & Commonwealth Office. But in 2010, the UK’s newly elected Coalition Government said the cellar should be self-financing for the lifetime of the present Parliament, until 2015. Some prestigious wines are being sold off. ‘It’s sustainable for the next two to three years,’ says Alexander. ‘What happens post 2015-16 is out of my hands.’

Stocks are clearly finite. ‘We’re a working cellar. We’re not in the business of going to market at en primeur stage and investing heavily in Margaux and Lafite just to have something to sell in 20 years.’ His team hasn’t bought for investment since early 2012, but does plan two purchasing rounds this year. For now, there’s still plenty in the armoury.

The jewels of the Government’s coffers:

Priced at £4,000 a bottle and upwards, reflecting one of the golden Bordeaux vintages of the 20th century. Wine committee tasting note from 1999 says it could keep another 50 years. Decanter contributing editor Stephen Brook says: ‘A monumental wine that should be indestructible. Magnificent, if intimidating.’

Bouchard Père et Fils, Corton
Grand Cru 1961 (pictured above) ‘I think we’ve served that twice since I’ve been here,’ says Robert Alexander OBE, head of Governement Hospitality for the past 12 years. Described by one French delegate as a ‘national treasure’. Stephen Brook says: ‘A premier cru Beaune from Bouchard was intense and youthful in 2012, so this grand cru should be exquisite.’

Quinta do Noval 1931
Regarded by some as the Port vintage of the 20th century, there are fewer than 20 bottles in the cellar. While there were problems with some corks in 2004, an official tasting note says. ‘Although showing some oxidation at first, still sublime.’ Stephen Brook says: ‘A legendary vintage for Noval, and should still be velvety and opulent.’

Krug, Champagne 1964 (in magnum)
Only one left in stock, so no surprise official advice is to ‘drink slowly’. After this, it’s a jump to Krug 1982. Stephen Brook says: ‘A huge success at Krug, so one wonders who will get to drink the last magnum!’

Château Suduiraut, Sauternes 1967
Described by the wine committee in 2000 as ‘still superb – butterscotchy and wonderful’. Stephen Brook says: ‘Yquem is the acclaimed 1967 Sauternes but Suduiraut runs it close.’ 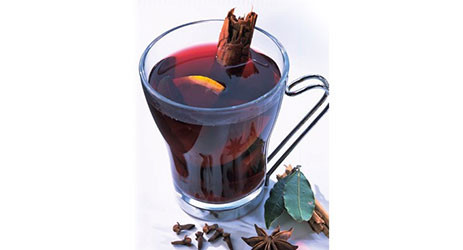 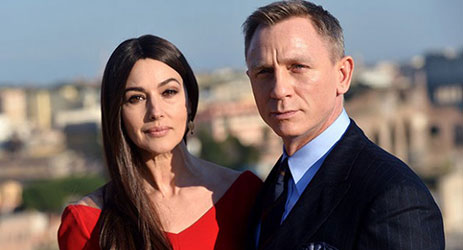