In partnership with the DO Utiel-Requena 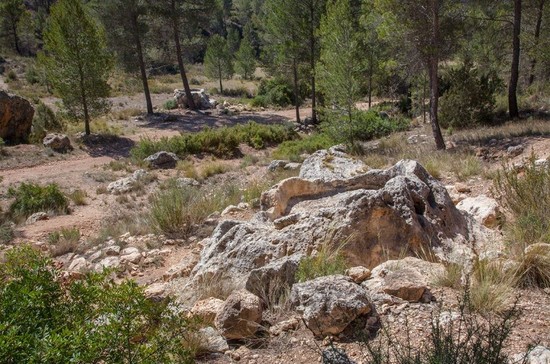 The affinity between the Province of Valencia and the making of wine is one with a long and noble history; ongoing archeological exploration traces the thread over a period of 2,600 years, with none of the great civilisations of antiquity – Phoenician, Greek and Roman – left out of this fascinating story.

Throughout the period the indigenous influence of the Iberians themselves was hugely significant; they ensured that, while a lot of Europe was languishing in its Dark Age, this part of Spain was able to develop and refine its culture, most specifically its winemaking culture, to new levels of excellence.

At the heart of this historical tapestry is the Denominación de Origen (DO) of Utiel-Requena, its two eponymous municipalities identified from the earliest times for their potential for viticulture.

With the magical combination of altitude, a challenging continental climate between the sea and the central plateau, together with proximity to the port of Valencia and the trade routes of the Mediterranean, Utiel-Requena has forged an enviable reputation. Increasing recognition of the quality of the Bobal grape has also played a significant role in this reputation. 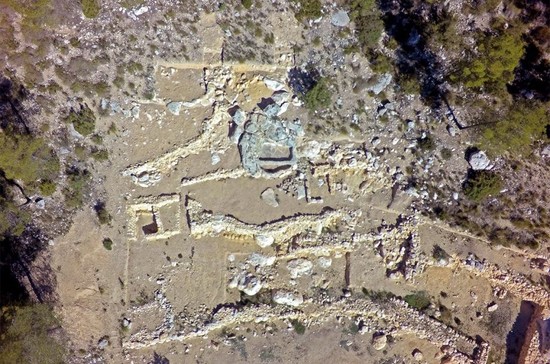 Little wonder that the Phoenicians and the Greeks were entranced by the region. Archaeologists have unearthed remains dating as far back as the 6th century BCE; ‘remains’ is far too prosaic a word to describe the extraordinarily beautiful site at La Solana de las Pilillas, which is clearly identifiable as an ancient winery (one of the oldest to ever be identified).

Meanwhile at El Molón, small domestic wine presses have been unearthed. Between them these two sites, both of which are located in today’s DO of Utiel-Requena, demonstrate the existence of both domestic and even more excitingly, commercial winemaking, carried out on a significant scale.

Since the 6th century BCE the making of wine has been shown to be a key part of the social fabric of the region, with the two key rivers (Turia and Cabriel) framing the vines and facilitating both the production and the transportation of wine. From the earliest days, wine was seen as both an essential of everyday life but also, as a trading investment.

Not much changes it seems, and it was the commercial potential, on several levels, that ensured the patronage of the local aristocracy, as well as invaders like the Romans. Wine was both made locally and transported from afar (particularly in the Roman era) as archeological and documented historical evidence proves. 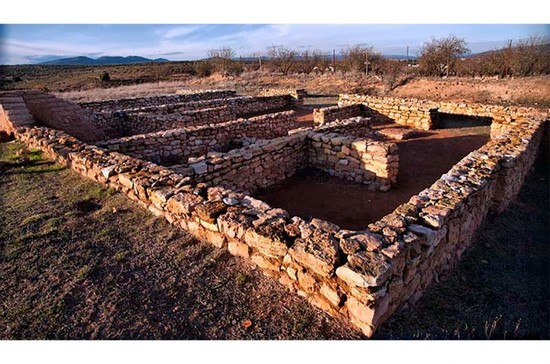 So what exactly has been found? The short answer is: a great deal, so much so that Las Pilillas de Requena is acknowledged as one of the great discoveries from antiquity, and is now vying for recognition as a UNESCO World Heritage Site. This would allow it to join two other Valencian wonders: the Llotja de la Seda (Silk Exchange) and the Moorish Palm Grove of Elche.

Dozens of stone wine presses have been excavated, in addition to large fonts and stone vessels, clearly used for winemaking, not to mention a great number of amphorae and even grape seeds, dated quite precisely by means of DNA technology. Together they represent a major production centre, with all the accoutrements required to make, store and transport wine.

The fonts, for example, are made up of basins located at different levels, with small carefully positioned holes identified to facilitate the progress of the liquid. Foot-treading took place in the upper basin, while in the lower basin – reached by gravity – the resulting grape must was steeped and macerated. Ultimately it was decanted into clay-fired amphorae to complete the simple yet efficient production process.

Attention to detail is underlined by the discovery of covers, used to protect the wine whilst in the basins, and surrounding walls, although whether these were erected to dispel invaders or to facilitate the winemaking is anyone’s guess. Both maybe, as they will certainly have created some kind of rudimentary temperature control, highly advisable in a region with such an imposing continental climate.

The scale of wine production is also worth noting. It has been estimated that a single treading, in the four key presses that have been excavated in La Solana de Las Pilillas would generate over 2,000 litres of must – an impressive amount of wine. 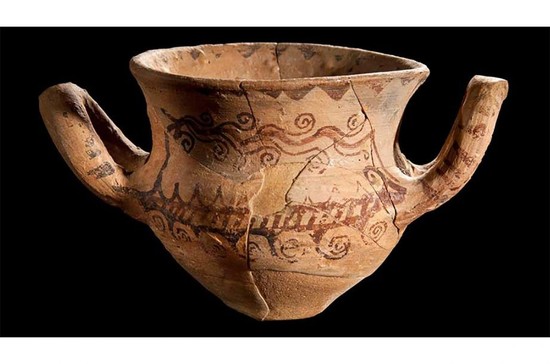 As well as showing the scale of the winemaking, these artefacts also point towards the anthropological significance of wine. They imply its facility to engender social cohesion and to ensure that the tumultuous sequence of successive invasions and occupations was negotiated with a degree of success.

Only the abstaining Moors, several centuries later, significantly slowed down the process, though this proved to be a brief hiatus before the region was able to flourish once again, most specifically in the 19th century and on into the 20th and 21st centuries.

There are few winemaking regions in the world that can lay claim to such persuasive – and breathtakingly beautiful – evidence of such a proud and distinguished history. The glories of this legacy should be cherished by us all.

Technical reports from Territorio Bobal, a local association that brings together all those interested in Wine Culture in any of its manifestations (landscape, heritage, traditions, agriculture, winemaking, etc.) in DO Utiel-Requena, whether they are natural or legal persons, in order to unite and coordinate efforts aimed at their conservation, protection, promotion, dissemination, etc. Purposes of the Association:

1. Protection of the landscape values within the scope of the association (municipalities of the DO Utiel-Requena), mainly those associated with the vine and wine

2. Protection of the cultural, artistic, ethnographic, archaeological, agricultural, natural and urban heritage associated with the culture of wine in the field of action

3. Promotion of the enhancement of tangible and intangible heritage associated with wine culture

4. Fostering the interest of the population in the culture of wine in all its manifestations

5. Promotion of citizen participation and / or volunteering in the preservation and dissemination of wine culture

6. Protection and promotion of vine cultivation

7. Protection, promotion and enhancement of Bobal, our native variety