Bodegas Utielanas has roots in the Utiel-Requena region that are both long and deep. The cooperative – currently numbering 600 members – was set up almost 100 years ago in the very centre of the town that bears its name. Since 1927 it’s moved several times, including, for a while, being based in the famous circular building that’s now home to the region’s regulating wine council.

As you’d expect for a winery dealing with some 12-16m kg of grapes a year, it’s a big place. The 300m frontage of the winery itself stretches most of the length of Marin Lazaro Avenue; the multitude of tanks, presses and wineries covering an astonishing 17,000m2.

The 2,800ha farmed by the co-op’s members are used to grow stalwart grape varieties of the region: Bobal, Tempranillo, Garnacha and the white Macabeo. From this, winemaker Pedro Cárcel makes 14m litres of wine a year. There are four ranges, each with red, white and rosé versions: Castillo de Utiel, Vega Infante, Sueños del Mediterráneo and Sierra Rampina.

In 1976, at the very start of his reign, King Juan Carlos and his wife, Queen Sofia, came for a visit. They must have liked it because they came back again 30 years later for lunch. And maybe a bottle or two of the co-op’s flagship (and silver medal-winning) Vega Infante Crianza.

In most wineries, if you said they were full of bull, it would be perceived as an insult. Well not at BVC Bodegas. The winery has six wine brands, and a third of them (Toro Loco and El Toro Macho) are bull-related. It’s hard to think how they could be more proudly Spanish.

Though in fact, the ‘bull’ reference is not directly to do with the famous toro of the bullring so much as the fact that the region’s signature grape variety Bobal is reckoned to resemble a bull’s head in shape and, in fact, gets its name from ‘bovale’ meaning just that. Though the winery also makes wine from Tempranillo, Merlot, Cabernet Sauvignon, Garnacha, Macabeo and Sauvignon Blanc.

As for the Toro Loco wine, amusingly, that’s the nickname given by locals to one of the winery’s founders, Benoit Calvet, when he first floated the idea of setting up the winery. It seems that Señor Toro Loco has had the last laugh. Since 2009 the winery has grown steadily and now works with some 3,000 growers in the region, taking in 10,000ha.

Big doesn’t mean uncaring, however. BVC has always put a big emphasis on sustainable methods, is organically certified, and works with like-minded producers to create a strong ecological network. And that’s no bull…

If you find the myriad grape varieties and wine styles of Utiel-Requena on Spain’s east coast a tad confusing, then this winery will come as a blessed relief. The Valsangiacomo family set up this project in the village of SanJuan to concentrate on one grape only: Bobal.

Their plan was to showcase what this widely planted and often under-appreciated grape was really capable of – both in red and rosé.

To do this, they decided to source their grapes mostly from growers with old, unirrigated bush vines. Many of these vineyards are over 70 years old, while the family-owned 10ha estate features some of the most ancient Bobal vines in the DO: an impressive 80 years old.

The winemaking team is careful not to mask the character of such seriously good fruit, with the wines both fermented and aged in concrete for a year. This smooths out some of the edges on the young wines, but the lack of oak influence allows the pure fruit quality of the Bobal to shine through.

The family’s top Clos de San Juan wine does see 18 months of oak, but it’s in large (500-litre) barrels, so the wood influence is carefully controlled. It’s just what the family intended – a superb example of Bobal’s potential.

If you’re going to dream big, you need to have vision so you can see past the bumps in the road to a glorious end destination. And that was certainly the case for Julian Lopez and his wife Maria José, when the couple bought their winery back in 1990. Dating back to 1870, the place had plenty of heritage. But it was also long abandoned and practically a ruin.

But the pair lavished love and attention on the buildings and land alike. They rescued the old Bobal vineyards, and planted a string of other grapes, leaving them with 11 varieties to play with: local classics such as Macabeo, Monastrell and Garnacha, as well as globetrotters like Cabernet Sauvignon, Merlot and Syrah.

Somehow, in amongst all this work they also found time to bring up a family, and their diligence in the latter paid off, too. Now their children – also called Julian and Maria Jose – are, respectively, winemaker and operations manager, taking over the reins from their proud parents.

Quality has always taken precedence over quantity at this 100ha estate, and that strategy paid off in 2012, when Chozas Carrascal was awarded Spain’s hallowed Vino de Pago status.

There are plenty of wines to choose from here, but if you had to pick just one, the top wine, Las Ocho, is a blend of all eight red grape varieties planted on the farm – the essence of the estate in one glass.

Until the 1990s nearly all of the wine in Utiel-Requena was sold as bulk. But the move towards estate bottling was kicked off, in no small part, by the team behind Dominio de la Vega. It started bottling the region’s key grape variety, Bobal, in the 1980s, but as if this wasn’t unusual enough, it also made cava. In fact that wine was one of the first outside Penedès to become part of the Cava DO.

Owned by three families, Dominio de la Vega’s vineyards cover 70ha, ranging from 720m-830m above sea level. A more or less even split of red clay at the lower levels and chalky/clay or limestone higher up, the vineyards are mostly planted to Bobal, Garnacha and Macabeo, though the families are proud to have been trailblazers (once again) in planting Sauvignon Blanc, Chardonnay and Pinot Noir in the region.

They know their patch of land like the back of their hand, and are leading researchers into the effect of climate change in the DO. ‘We know the importance of listening to nature,’ they say.

Such listening is best captured in the flagship Finca La Beata wine. A past category winner in the DWWA, it’s an intense, old-vine, single-vineyard Bobal made with a 30-day maceration, 18 months in oak and a further 18 months in bottle before release.

1967 was a good year for fans of The Beatles, as the band released both its Sergeant Pepper and Magical Mystery Tour albums. It was also a good year for hundreds of wine-growers in the high plains west of Valencia, because that was when 10 co-operatives, who had got together two years earlier, launched their first wine. The Coviñas wine brand was born.

The winery’s Vino de la Reina (named after the harvest queen) was the first quality wine to be bottled in what was to become the Utiel-Requena DO. Since then, it has been a story of steady expansion, with exports to the EU in the 1990s, the creation of facilities for making cava and an award from the Spanish Ministry of Agriculture. In 2003 the group stopped distillation to focus only on wine, opening an enormous storage cellar of 10,000 barrels.

The latter is essential. Not just because the group’s 3,000 growers bring in grapes from 10,000ha of vineyard between them, but also because the winery has concentrated increasingly on making smaller, more exclusive bottlings – most of which require time in barrel.

The main varieties are Bobal, Tempranillo and Macabeo (for cava). But the group’s vineyards range from some of the lowest in the region (600m) to some of the highest, giving them a real magical mystery tour of styles to choose from.

The original winery and cellar at Pago de Tharsys might date back over 200 years – the first cellars were excavated out of a thick seam of limestone bedrock in 1808 – but there’s resolutely nothing old-fashioned about this venture.

Its renaissance started in 1991, when Ana Suria and Vicente Garcia first embarked on their ambitious project. Located on the main road between the towns of Utiel and Requena, the estate could hardly be more ‘of the region’, but the pair didn’t want to limit themselves to the tried-and-tested route.

So along with the dry Bobal and Macabeo wines that you might expect, winemaker Garcia also makes a barrel-fermented Chardonnay, a night-harvested Albariño and a sweet wine (all organic). There’s also a range of liqueurs and half a dozen Cavas and sparkling wines – indeed, the small-volume Tharsys Unico Brut Reserva, 100% Bobal with 24 months’ bottle ageing, is their flagship wine.

There’s no better way of getting to know them all than paying a visit. The estate is exceptionally well set-up for tourists, with several different wine tours and a number of tasting options – including the chance to taste with the winemaker. Accommodation – both in a country cottage and via their small hotel – could be an option if you want to make the most of the tasting.

It takes courage to be the first person to plant vines in an area – so much credit must go to the growers who planted the first vineyard in Camporrobles in 1914. The town, in the far northwest of the Utiel-Requena DO is located at over 900m above sea level, the highest elevation in the whole region.

Such factors didn’t bother Manuel Olmo or his friend, Lorenzo, when they set up Vinos Sierra Norte (the aptly named North Sierra Wines) in 1999. Both come from local wine-growing families and are used to the unique terroir and climate of the area.

Manuel – now the MD and winemaker – was keen to do two things: farm organically and resurrect the fortunes of the native Bobal variety. Vinos Sierra Norte’s Pasión de Bobal is a great example of why his decision was a good choice. Though he is happy to blend Bobal with other varieties (Cabernet Sauvignon, for instance) in some wines, in Pasion it’s on its own.

The 60-year-old Bobal vines planted on limestone soils give a wine of poise and elegance that regularly picks up top medals around the world. Not that these are big, show-off wines. ‘They are wines with soul that are meant to be drunk and enjoyed,’ says Manuel. Amen to that! 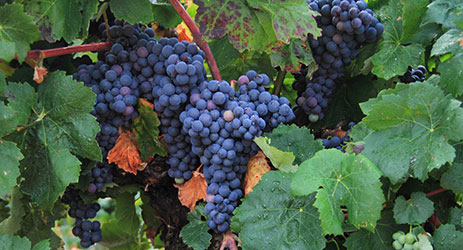