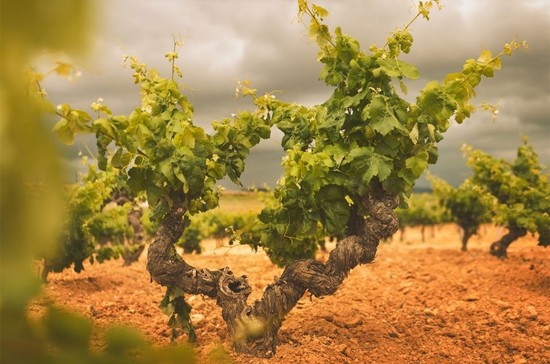 When new wineries are opening their doors it’s proof of a healthy wine region. And there could be no better proof of the newfound excitement surrounding the DO of Utiel-Requena than Bodegas Jiménez-Vila Hermanos.

Founded by Marisa Jiménez-Vila and her brother Jorge (‘hermanos’ means ‘siblings’ in Spanish) in 2017, it’s a winery that seems to encapsulate the spirit of proud regional expression, the quest for modernity and the drive for quality that have transformed this part of Spain.

Unsurprisingly, for such a new operation, the pair don’t own any of their own vineyards yet. Rather, they have carried out extensive research to find top quality vineyards, establishing long-term relationships with the growers there.

Their winemaker Mario Malafosse – a graduate of Bordeaux University – has extensive experience making wines all round France and Spain, but here the team are concentrating on local grape varieties. There’s a young, vibrant 100% Bobal, La Novicia, with six months in oak, and an 80/20 Bobal-Syrah blend, Nexo with 12 months’ ageing.

But they also have an intriguing oak-fermented white, Terra de Tardador, which is made up of 60% local white Tardana and 40% Sauvignon Blanc, and spends six months on its lees. It’s not the only innovation. Their ‘grand vin’ – a 100% Bobal with 20 months in barrel and 12 months in bottle launches this year.

Adolfo de las Heras Marín was one of the first to spot the potential of the Utiel-Requena region. He bought his 540ha estate the same year that the first version of Windows was released, back in 1985. Since then, like Bill Gates’ famous operating system, the winery has undergone plenty of updates of its own.

Adolfo was always keen on experimentation. Right from the start he was always trying to make seriously premium wines, and brought in the likes of Merlot and Cabernet Sauvignon to help him do it. But the process of pushing boundaries has since been carried on by his son (also Adolfo) who introduced the likes of Syrah, Chardonnay and Cabernet Franc into the vineyards when he took over from his father at the end of the 1990s.

The bedrock of the bodega’s production is still Bobal. It makes up 80% of the 200ha of vineyard (the rest of the estate is forest), and El Renegado (‘renegade’) red is a celebration of the old vines that fill the estate. All the fruit comes from 50-year-old plus vines.

But if you want proof of how well the incoming grapes have settled here, look no further than the bodega’s two flagship Nodus wines. Nodus Summun is a Tempranillo-Cabernet Sauvignon-Merlot blend with 14 months in French oak; the white a 100% Chardonnay with just three months in barrel, and a light-footed 12.5% abv.

If you can deliver five-star quality, but charge three-star prices you’re going to have happy customers. It is, of course, easier said than done. But the team at Bodegas Torre Oria has got the gift of over-delivery down to a fine art.

The winery was founded in 1897 in a former silk-spinning mill, making Torre Oria one of the oldest bodegas in the region. Located more-or-less slap bang in the middle of the Utiel-Requena DO, its 500ha of vineyards are planted on typical high-altitude, sandy soils.

Today the winery has some vineyards of Bobal and Monastrell (Mourvedre) that are over 80 years old. These vineyards are very low-yielding, giving intense, complex fruit of real depth and structure. Understandably, Torre Oria’s flagship Viñedo Antiguo Bobal (‘Old Vineyard Bobal) is one of its most sought-after wines, the gnarly old vine on the label reminding drinkers just why it’s so special.

At the other end of the stylistic spectrum, Bodegas Torre Oria is also well known for its cavas. One of the first makers of sparkling wines in the region, the winery uses Macabeo and Chardonnay – which it calls ‘the queen of sparkling’ – for its whites, and Garnacha for its rosados.

There’s a go-ahead vibe at Bodegas Vibe. It was founded in 2015 to replace an old winery that had been operating for several generations, and from the start its focus was clear: this was to be a winery that was a celebration of all things local.

Located within the borders of the town of Requena, in the hamlet of El Azagador, it sits towards the eastern side of the DO. Though it’s closer to the coast than some vineyards in Utiel-Requena, it’s still high: the 25ha of vines are planted at 700m above sea level.

The soils here are mostly clay, which gives their wines depth and structure. This terroir is particularly well suited to indigenous varieties, so although Vibe does have small amounts of international grapes, the vast majority of what it grows is Bobal for reds and Tardana for whites.

Tardana gets its name from being an exceptionally late-ripening variety (‘tarde’ means ‘late’ in Spanish) and in the winery’s Tardana Parsimonia gives a pale, tropical-flavoured wine with hints of anis.

Bobal is used for everything from the winery’s juicy, strawberry-scented rosado to the intense, meaty Venusto red, where the grape’s trademark structure is softened with some time in oak. Vibe’s flagship Parsimonia Bobal de Autor is an even more serious – and seriously ambitious – expression of the variety.

In 1899, Olegario Rivero set up a small winery in the Riojan town of Arnedo. A hundred years later, his descendants were not just selling wine all over the world, but also starting to make wine in other regions of Spain.

In 1997 they dipped their toes into the vineyards of the Utiel-Requena DO, buying 500ha. From the start it was a focused project. They didn’t plant any white varieties and they had no plans to make cava. Instead, this was all about Bobal – the native hero – and Tempranillo, a variety that they already knew well thanks to their winemaking experience in Rioja.

Whilst their joven (young) red is 100% Bobal, the other three reds in the range are a combination of both grapes. Their flagship wine, Faustino Rivero Ulecia Reserva, comes from soils that are a combination of sand, clay and alluvial, and vines that average 30 years of age. Yields are low, at just 45 hl/ha.

The Reserva is a velvety, black-fruited creation, with toasty notes from two years ageing in French and American oak, and vindication of both the family’s winemaking philosophy – to achieve the maximum expression of the local grapes and the local terroir – and of their belief in the ability of the Utiel-Requena DO to make great wine.

Requenan by name, and Requenan by nature – this cooperative is based right in the town that bears its name. It takes fruit from over 800ha of vineyards, which are planted at an average height of 700m above sea level. That elevation is important. Though only 70km from the Mediterranean, there is little sea influence during the day, but at night – thanks to the altitude – temperatures drop, allowing grapes to retain their freshness.

First set up with 92 members in 1935, the Vinícola Requenense co-op has always been forward-thinking. It was, for instance, the first winery in the region to install a bottling line, back in 1976. At a time when almost all of the region’s wines were sold in bulk, it was a bold commitment to quality – and one that the co-op has continued with ever since.

In fact, even though it produces 8m bottles a year, you could hardly find a more fitting example of this premium focus than in the top Premium Collection wines: Palacio Imperial and Señorio de Mestalla.

The latter range – with its striking monochrome labels – features crianza, reserva and gran reserva expressions. The crianza, with six months in oak and a further three months in bottle really over-delivers. Made with grapes from the co-op’s oldest and best Bobal vineyards, it picked up an impressive 95 points (and a Gold Medal) in the Decanter Asia Wine Awards.

When he was a small boy, Francisco Martinez Bermell was taken to visit his grandfather’s wine cellar in the port town of El Grao. The stacked rows of barrels, soaring spiral staircases and giant fermenting tanks made a big impression on him, and years later he set up his own winery on a small hill on the road between Utiel and Requena.

Today the estate is still run by the descendants of Don Francisco, who welcome visitors to the winery as part of the Utiel-Requena Wine Route. The original site has been expanded with the building of the modernist Casa Don Ángel to hold cellars and warehouses.

The 45ha vineyard includes old vines of French varieties Cabernet Sauvignon, Merlot and Chardonnay, as well as Spanish grapes Tempranillo and Bobal, which is a particular focus for the winery. Some 65km from the sea, at an altitude of 600m, the vineyard has a unique geographical location, soil and microclimate, and as a result has the official consideration of Vino de Pago.

The wines of Vera de Estenas are ambitious and designed for ageing. In 2016 the winery created its limited-edition Vera de Estenas Reserva. Released in 2019 to celebrate the centenary of the winery, it’s an intense expression of Bobal from – fittingly – 100-year-old vineyards. 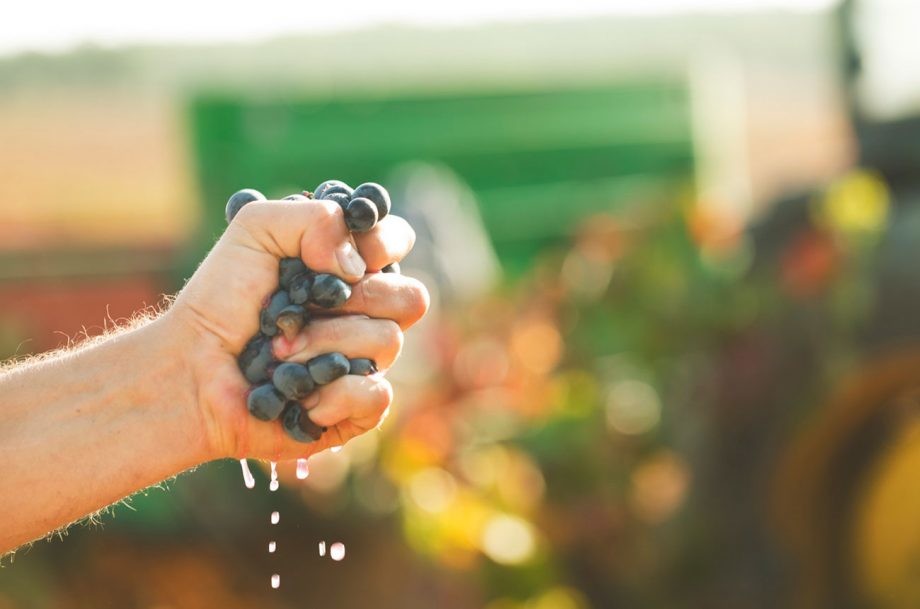 Get to know the Bobal grape