Nestled in the interior hills of Valencia, wine has been made for over 2,500 years in the Spanish Denomination of Origin Utiel-Requena. Archaeological sites discovered within the region show the continuous production of wine over centuries. The wines produced locally were in turn traded to other regions during a history that has spanned the pre-Roman Iberian Era, all the way up to the present day.

In these lands, rich in hardened limestone and clay, there were dozens of wineries excavated and carved deep underground. Above them, one can often find the remnants of old stone lagars such as those in one site called Las Pilillas, just 10km southwest of Requena. Two other archaeological sites of note are the emblematic Kelin, testament of the region’s importance as an early agriculture and trade centre, and El Molón, an extensive settlement with

houses, a necropolis and a sanctuary. In these unique pe-roman excavations, we find amphorae, historical documents, and even grape seeds that show the extensive history in which wine has been a key part of life in Utiel-Requena.

Despite being located just 70km inland from the city of Valencia, Utiel-Requena has exceedingly different geological and climatic conditions than the shores of the coast.

The modern DO Utiel-Requena is one of Spain's oldest, having been formed in 1932, and legally defined by nine towns and villages: Caudete de las Fuentes, Camporrobles, Fuenterrobles, Requena, Siete Aguas, Sinarcas, Utiel, Venta del Moro, and Villargordo del Cabriel. Within these borders, 6,000 families, working with the 100 local wineries, all make their livelihood around wine. To say that it's the main economic driver of the region is no understatement. 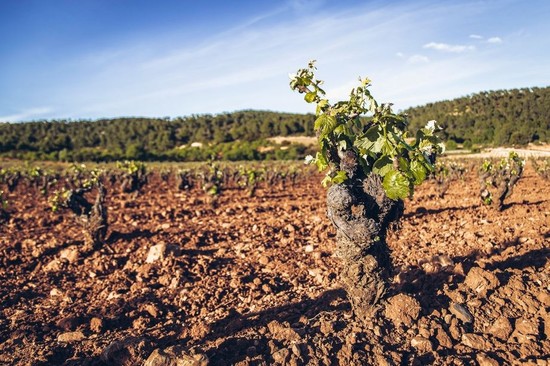 The land of Bobal

While it's difficult to know the exact history of most classic grape varieties currently in use, Bobal is thought to be native to the region of Utiel-Requena as shown by the first mention of it in a historic text from the 15th century.

The vineyard area within the DO is 33,000ha in size. Of this Bobal makes up the vast majority with over 21,000ha of all plantations, of which nearly 10,000ha are old vines, at least 45 years of age. One third of those are even older, at 70 years or more.

If you stroll through these old bush vineyards during the later summer months, when the grapes are changing colour, it's easy to understand how a region could have so much land dedicated to one grape as Bobal is so well adapted to the region. The clusters hang with a natural ease from the gnarled trunks and branches, allowing the region’s fresh breezes to sweep past them and naturally maintain vineyard as well as grape health.

With a vigorous skin and the ability to withstand drought, the vines and their grapes thrive in the dry climate of Utiel-Requena which, in addition to being very high in altitude at 750m above sea level (and even up to 900m in some parts), only sees 450mm of rain annually. This blend of Mediterranean and Continental conditions, which may be too extreme for many grape varieties, is one in which Bobal finds itself at home.

Resistance to difficult conditions also makes Bobal an ideal variety for the future challenges of climate change, as it's already been "stress tested" throughout the centuries in Utiel-Requena. Given the dry conditions and the innate hardiness of the variety, the application of organic viticulture is far easier than in other, more humid wine regions. The governing board has therefore been consistently promoting the uptake of organic practices.

While known as a rustic, hearty variety years ago, modern Bobal is made in a very different, fresher manner. But the wines consistently hold deep colour and manage to be full-bodied even if handled gently in the cellar. In turn, you can find wines with intense aromas and lovely ripe red berry character, as well as underlying freshness, thanks to the large temperature shifts between day and night that work to preserve acidity in the grapes.

Special note should be made of the rosés that are crafted from Bobal. Both fresh and fruity while often showing a hypnotising shade of pink, they hold enough structure to make for more complex, elegant rosés. Their potential calls for attention when there has been such a renewed love of pink pour from Southern Europe.

Additionally, as is the case with grape varieties that are thicker-skinned, scientific studies have shown that Bobal contains one of the highest levels of resveratrol to be found in any grape variety. This compound has been shown to aid in heart health as well as a healthy diet overall, making wines from Bobal a key component to the Mediterranean Diet.

A destination in Tierra Bobal

The winemakers of Utiel Requena can easily see they have a future and identity in Bobal, their native grape variety, which is why in 2019 they formed the entity of "Tierra Bobal".

The idea was to unify Utiel-Requena as a destination built from the wine up. As shown by the vast numbers of people working in wine, this is a region defined by winemaking and this should be core to any visit. Utiel-Requena has worked with various stakeholders in the region to integrate both public and private spheres, companies as well as citizens, to make Bobal a true representation of the land.

Via this initiative, they're promoting the "Vineyard and Wine Museum of the Valencian Community" in Utiel which, after a meticulous renovation, was opened in the 1990s.

Additionally, they invite people to visit the "Palacio del Cid Wine Museum" in Requena, a museum dedicated to wine, established in a Gothic Era palace, that allows visitors the chance to explore the singularity of wine in the region. 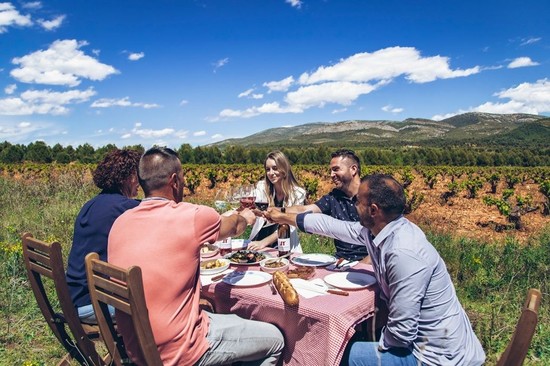 In addition to the strength of Bobal and its many different styles, Utiel-Requena cultivates other varieties also local to the Levant.

White wines based upon Macabeo (Viura) and Merseguera are especially exciting as they're both native to the eastern coast of Iberia and are able to produce fresh, aromatic wines with balanced acidity. They're exceedingly gastronomic and have gained renown as ideal pairing companions to the dishes from the coastal areas.

In addition to these white varieties, Spanish red stalwarts such as Tempranillo, Garnacha, and Garnacha Tintorera do very well in the environs of Utiel-Requena, producing hearty reds with a different aspect than that of the foundational variety of Bobal.

In total, there are 17 varieties permitted in addition to Bobal which allows the region’s wineries to make wines in all colours, both still and sparkling.

The nine towns that make up the DO Utiel Requena represent a rich natural, historical, and artistic heritage that offers much to explore beyond the wines.

They lay claim to outstanding, well-preserved mediaeval architecture in both the towns of Requena and Utiel. In the west, the natural park of Las Hoces del Cabriel, with its varied landscape of extreme rocks and cliffs that rise up from the Cabriel River (believed to be the cleanest in Europe), forms the border with neighbouring Castilla-La Mancha.

All the destinations in the region make for fine hiking in the ruggedness of interior Iberia. Most importantly, they allow visitors to experience the fine local gastronomy which complements and accentuates the wines.

Local honey, fruits, vegetables, and olive oil are, like the wines, part of the annual harvest. Another key item of gastronomic production is pork, especially sausages, black pudding, and loin. Prior to the arrival of refrigeration, the cold, dry climate of Utiel-Requena was ideal for curing meats to consume throughout the year, a tradition that carries on to this day. 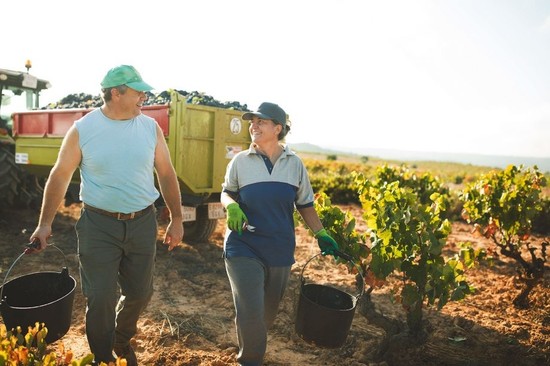 Defence of the territory

Given the lengthy history, strong emphasis on winemaking and the embrace of Bobal as flagship grape variety, it's easy to see that people have a good deal of pride in the singularity of the region.

This is why they took a stand to defend their territory against its dilution when, in 2011, a change to the bylaws of neighbouring Valencia, allowed producers in that DO to source all types of grape varieties from any of the nine villages within DO Utiel-Requena. It was a change that didn't go unnoticed as it heavily affected the production of the wines as well as the identity as a Protected Denomination of Origin and Utiel-Requena promptly filed suit with the Spanish courts.

After a very lengthy process that spanned a decade, in July 2021 the Spanish Supreme Court issued a ruling in favour of DO Utiel-Requena which required that DO Valencia removes any mention of the municipalities attached to the geographical demarcation, as stipulated by the Denomination of Origin Utiel-Requena.

It was a moment that the DO celebrated as it reinforced European Union law and re-established the region and its unique identity, which shares nothing in common with DO Valencia.

A future formed by the past

DO Utiel-Requena has historically been at a crossroads for thousands of years and forms a meeting place of cultures. This can be seen in the wines and gastronomy that have adapted so incredibly well to a rugged, unforgiving territory that is as much at the crossing of cultures as it is of climates and landscapes in the Iberian Peninsula.

As shown by the continued evolution of Bobal as a star variety for the region, delivering a multitude of styles, the landscape continues to shape and form the wines. The changes enacted today will allow future generations to carry on this unique culture around wine, making it as much a part of the thousands of years to come as it has been of the thousands of years that have passed.

Discover more about DO Utiel-Requena and Tierra Bobal