Perfectly suited to organic viticulture, this historic Spanish DO is a leading light in sustainable wine-growing. Simon Field MW explores the unique qualities of the region and introduces six producers to look out for 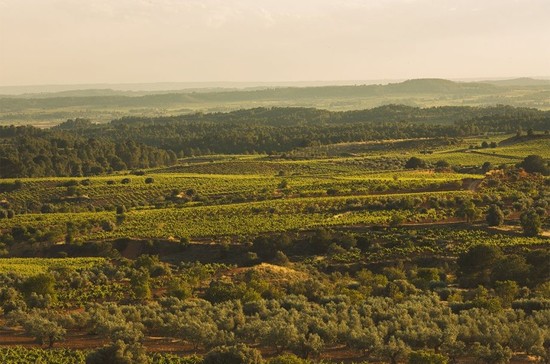 The forward thinking DO of Utiel-Requena may not be as widely known as, say, Rioja or Priorat, but it certainly deserves to be, and, in all likelihood, will gain in renown and reputation over the next few years. It is, of course, already well known to the wine cognoscenti. Why?

Well, three particularly important things stand out. First is location and second is the fact that it can boast its own flagship ‘calling card’ grape varietal: Bobal. Third is the proliferation of enlightened winemaking evidenced throughout the region, with a particular emphasis on organic viticulture.

Utiel-Requena is located close to the Mediterranean, but with several of its vines planted at altitudes of up to 900m. Thus it combines the benefits of a maritime climate with continental features, the latter serving to ensure that any humidity from benevolent sea-breezes is used in an advantageous way and does not expose the vines to the dangers of fungal diseases.

The region has a long and distinguished winemaking history, which can be traced back to the days of the Phoenicians. Expertise and familiarity with the landscape has evolved over hundreds of years. Winemaking is in the blood of the several thousand growers; their vines cover over 32,000ha and make up the most significant qualitative block in the Province of Valencia.

There are many grape varieties planted of both colours, but the heritage varietal, Bobal, is currently enjoying a renaissance. Its many stylistic features are enhanced by the existence of old vine plots, some of them evocatively bush-trained and several over 100 years old. Bobal, rather helpfully, is resistant to both drought and powdery mildew (oidium); it is therefore very well suited to organic viticulture.

What’s more, the relatively thick skin ensures a deep colour, plenty of fleshy texture and of course, those all-important life-enhancing anthocyanins! Bobal makes up well over 70% of the plantings and nearly half of its vines are over 40 years old. We should not forget the impressive catalogue of other varietals, however. Tempranillo, Garnacha and Cabernet Franc in the red camp and, representing the whites (albeit in small volumes) familiar names such as Chardonnay and Verdejo, alongside more local examples such as Tardana and Merseguera. 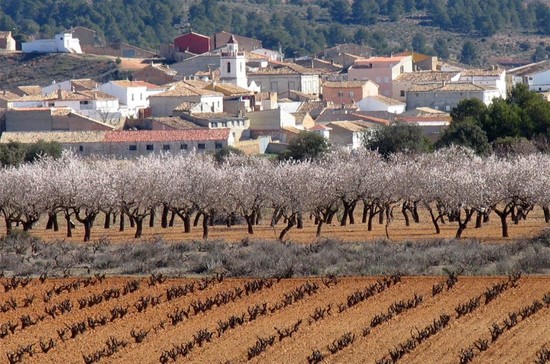 The scene is thus perfectly set for a return to nature and the harnessing of the virtues of an environment that has proved perfectly suited to organic viticulture in general and the Bobal varietal in particular. The DO has been enlightened in its sponsorship of and support for significant R&D projects and in offering assistance and training to the organic growers.

The response has been speedy and impressive; the number of hectares devoted to organic viticulture in Utiel-Requena (with 40 wineries now fully certified) has grown by 47% from 2016 to 2020. In 2019 the DO’s organic vineyards made up 90% of the organic total in the Valencian Community* and over 8% of the total in the whole of Spain (currently 10,184ha in DO Utiel-Requena)**. This is significant and demonstrates an on-going commitment to organic viticulture.

As the mini producer profiles (below) show it is encouraging that the movement has been embraced by wineries both large and small; Coviñas Co-Op is an example of the former, and Bodega Pago de Tharsys of the latter. What’s more, with an organic philosophy and modus operandi firmly in place, these Bodegas are not afraid to be adventurous in terms of winemaking and in the use of different varietals. Tharsys, for example, makes a superb organic Cabernet Franc, which is bottled without sulphites. Many of the bodegas use oak, some of it French, to age their wine, yet without in any way making stylistic compromises or forsaking the voice of the landscape. This is all thanks to an organic approach in the vineyard, with treatments kept to an absolute minimum and, when employed, used with the aid of natural products.

The organic approach is both philosophical and practical – and is always complemented by the work done in the winery. Key, however, is the nurturing of the vines, with everything geared to an optimal respect of nature and the aim of sustaining a flourishing ecosystem of which the vineyard is one just part. Sustainability and protection of natural resources for future generations is the ultimate goal.

The use of pheromones to deter grape moths by way of sexual confusion is an illustration of the rapid progress made when it comes to all things organic. This ingenious technique involves flooding the vineyard with female pheromones to confuse the male grape moths and prevent them mating. The surface area of vines benefiting from this treatment has grown almost exponentially, from 700ha in 2016 to 7,354ha in 2020.***

This is but one illustration of an approach, positive and forward thinking, which serves to demonstrate that Utiel-Requena is indeed at the forefront of the organic movement; an impressive number of its growers may assuredly be described as ‘organic champions’.

The Grupo Coviñas is a great ambassador for Utiel-Requena, and a proud flag-bearer for the organic movement. Founded in 1965, the group has worked tirelessly to promote all things sustainable and now farm an impressive 2,000ha of vines organically. Its philosophy is progressive yet simple; namely to forge a harmonious relationship with nature and, in their words: ‘To make the small mighty’. ‘Auténtico’ is the name of the group’s principle organic range; the word itself underlining this philosophy. 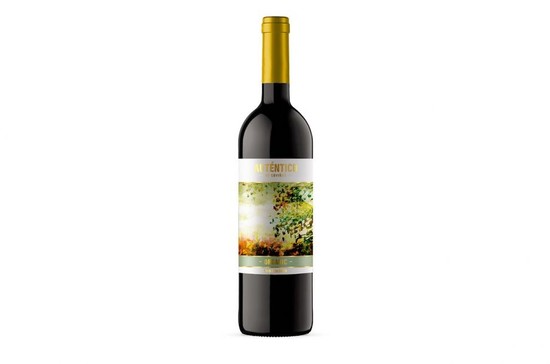 Dominated by Bobal (80%) this superb wine is a wonderfully fresh, juicy and authentic expression of the Utiel-Requena terroir. The wine is an eloquent organic expression of generous Mediterranean viticulture.

Based in the heart of Utiel-Requena, with its attractive winery surrounded by 70ha of vines and a beautiful – and sustainable – backdrop of olive and almond trees, Finca San Blas is an oasis of viticultural purity. Founded in 1992, the winery adheres to a philosophy of total respect for the environment. Humility in the face of ever-changing natural forces involves a forward-thinking and pragmatic approach to every step of the process.

This superlative Bobal is harvested manually in small 10kg boxes, then afforded a three-week maceration to coax a fermentation on natural yeasts. Lightly toasted French barriques are employed for the ageing, adding, albeit subtly, further creamy complexity to this outstanding example.

Family-run, with a history that can be traced back to the 14th century, Bodegas Iranzo has been 100% certified organic since 1994, making it one of the oldest such properties in Spain. The family philosophy focuses on natural purity and harnessing the best possible expression of its lime-crusted sandy soils, which provide a perfect bed for their Bobal, Tempranillo and Cabernet Sauvignon vines. The bodega is now in transition to full Demeter Biodynamic certification. 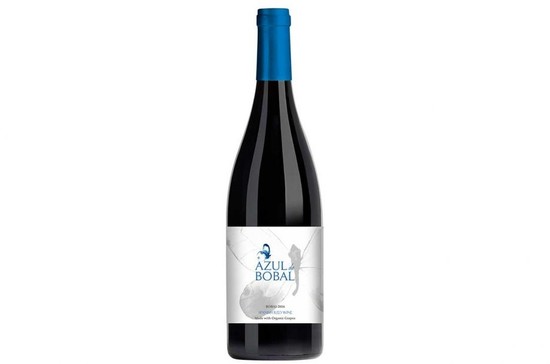 Ancient and statuesque Bobal bush vines, some over 80 years of age, dry farmed without irrigation, provide the fruit for this magnificent wine. Fermented with wild yeast only, then aged for six months in French and American barrels, the wine is a definitive statement of textured authenticity, both superbly elegant and impressively long on the palate.

Located among olive trees at an imposing 750m altitude, Bodega Pago de Tharsys celebrates its distinctive white chalky soils (known locally as ‘toba’) with an organic approach which is well captured in its motto: ‘Unique by Nature’. Founded in 2002 by Vicente Garcia and Ana Carlota Suria, the bodega cultivates not only Bobal, but also Grenache, Cabernet Franc, Merseguera, Chardonnay and Merlot, all farmed in accordance with a rigorous organic template. 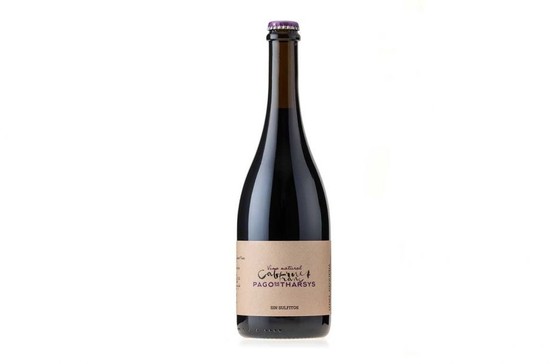 Vinified entirely without recourse to sulphur, this eye-catching Cabernet Franc has been fermented on wild yeasts and bottled without the intervention of wood. The result is pure, incredibly juicy and wonderfully refreshing. Only 1,960 bottles produced.

Distribution: Not yet available in the UK or US

Sierra Norte was awarded organic accreditation in 2000 for its Requena vineyards, many of which host Bobal vines that are over 60 years old. The philosophy of integrated sustainability was underlined, in 2020, with the inauguration of an impressive architecturally bioclimatic winery. 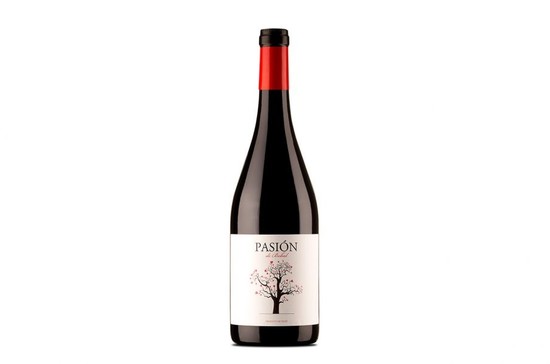 Old vine Bobal is farmed organically at low yields at 920 metres, then treated to 6 months in French barrique. The result is a wonderfully vibrant and juicy wine, with red fruit and spice vying for attention, the ensemble boasting a real sense of place.

The Chozas Carrascal winery is family-owned and located in San Antonio de Requena. It was established in 1990 in accordance with organic principles, and in 2010 all 100ha of its vineyards were accredited as organic. 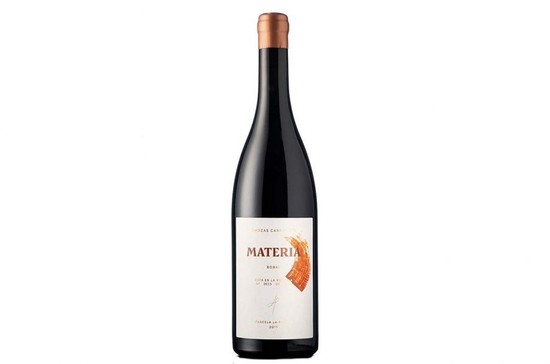 Materia is a wonderfully pure expression of 70-year-old bush trained Bobal, farmed on clay and limestone soils. Vinified in an egg-shaped concrete vat and then aged in French oak, the wine is velvety and generously fruity, whilst never losing sight of its organic credentials.

Distribution: Wine For The World (US), C&D Wines (UK)