This lesser-known French grape variety has the potential to be Chinese wine's international calling card, said experts. This World Marselan Day, learn about the history and flavour profiles of the grape.... 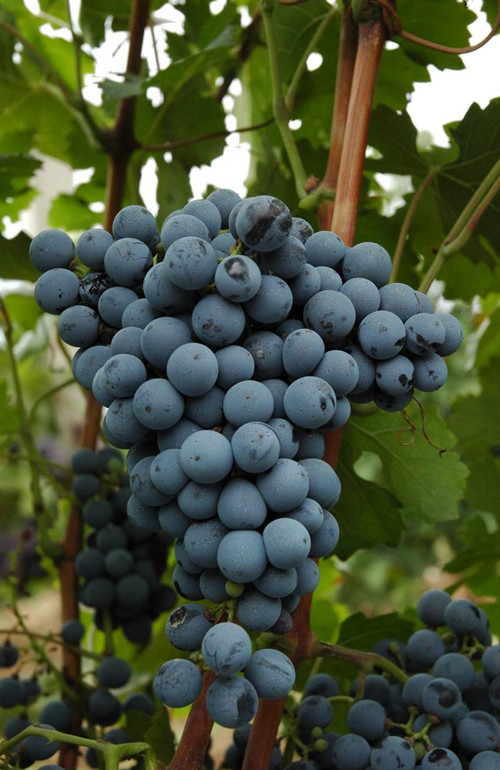 Marselan was created 60 years ago by Professor Paul Truel as a cross between Cabernet Sauvignon and Grenache. The original aim was to breed a variety for Languedoc that has the delicacy as Cabernet and is as heat-resistant as Grenache.

The grape received its name from the local town Marseillan on the coast of the Mediterranean.

It has now stretched its territory far beyond Southern France to many wine regions in the world, including Argentina, Brazil, Spain and the US. But it is China where Marselan is most largely planted outside France.

The grape was first introduced to Chinese vineyards in 2001, along with 15 other French grape varieties to Domaine Franco Chinois, a winemaking collaboration initiated by the two governments, in the Huailai region in Hebei.

Starting with just 2.75ha, the vineyard under Marselan in China has now grown by almost 100 times, to over 260 ha, also spreading at a rapid pace in the nation’s other major wine regions including Xinjiang, Gansu and Ningxia.

‘It’s vibrant purple in colour, with a fresh and aromatic nose of ripe fruit and Cabernet-like minty characters,’ said Professor Li, former chief winemaker at Domaine Franco Chinois and a pioneer winemaker of the grape.

He added that the grape has good yield potential due to its big fruit bunches and small berries. Good resistance to diseases allows it to settle in the vastly diverse wine regions in China.

However, like Cabernet Sauvignon, it is also a slow ripener.

In 2018, the wine division of China National Food Industry Association conducted research to map out the sensory profiles of Marselan based on 16 producers from four key wine-producing zones in China (see below).

The research finds that wines made with the variety tend to be well-balanced with moderate tannin and body, exhibiting rich red and black fruit notes, floral with herbal spices.

Although Cabernet Sauvignon is still the dominant red grape planted in Chinese wine regions, such as Ningxia, Marselan wines from Chinese winemakers have begun to showcase their quality potential, in both single varietals or blends.

The win was followed by Zhongfei Winery’s Barrel Aged Marselan 2015, a Gold Medal winner in the 2018 Decanter World Wine Awards (DWWA). Greatwall also secured a Gold with its 2015 ‘Five Stars’ Marselan-Syrah blend in the same competition.