It’s rare to see a single varietal Petit Verdot wine, but this tough, thick-skinned grape known for producing richly concentrated, tannic red wine is not necessarily to be dismissed.

· Black fruits dominate on the palate, often with aromas of violet

· Most strongly associated with the Médoc in Bordeaux red blends

Petit Verdot is one of the classic red varieties able to constitute a ‘Bordeaux blend‘, alongside Cabernet Sauvignon, Merlot, Cabernet Franc, Malbec and Carmenère.

Fans of even the top Bordeaux classified wines will find that Petit Verdot commonly shows up in the blend, even if in relatively limited amounts.

Even at one or two percent of the final blend, Petit Verdot offers something important, according to the CEO of second growth estate Château Montrose, Hervé Berland.

‘Whenever possible I always use Petit Verdot, because it adds additional spiciness,’ Berland told a masterclass audience at this year’s Decanter Fine Wine Encounter held at London’s Landmark hotel.

‘It is the pepper on the steak. Without the pepper, it is not the same steak. Even with half a percent you can notice the difference, it’s obvious.’

Petit Verdot is often late to the harvest party and enjoys a growing season that offers plenty of time for ripening in the autumn. In this way, it has more in common with Cabernet Sauvignon than the earlier ripening Merlot.

This is one of the features that helped Petit Verdot to shine in the Bordeaux 2016 vintage, said Decanter contributing editor Jane Anson in her recent in-bottle report on those wines.

‘You increasingly see it as the ‘third grape of choice’ in the Médoc over Cabernet Franc,’ said Anson.

Petit Verdot can also be found in parts of Australia, California’s Napa Valley, South Africa’s Stellenbosch and also South America – reflecting the popularity of Bordeaux grapes around the world.

There is currently little sign of Petit Verdot ‘doing a Malbec’, but some producers have had success with single varietal wines and the grape’s proponents argue that it deserves more than a mere supporting role.

High acidity and fierce tannins were present, as one might expect, but the wine also offered ‘a pleasing and sweet finish that’s filled with black fruits’, Tapia said.

In Western Australia’s Margaret River, Peter Forrestal also praised a ‘groundbreaking’ blend from Cullen that consisted of 51% Petit Verdot and 49% Malbec. It has ‘beguiling blackberry pastille flavours’, said Forrestal in his note, which formed part of an article on new wave Australian wines. 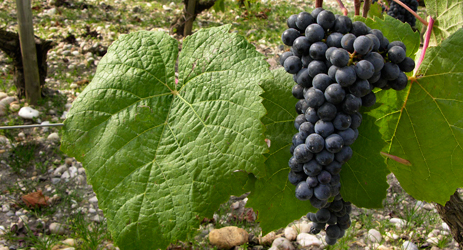