Why it makes the Decanter hall of fame... 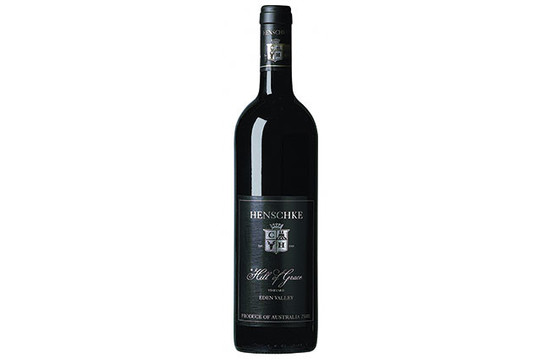 It is one of the two iconic Australian Shirazes, the other being Penfolds’ Grange. They differ radically, in that Grange has always been a blend of outstanding but dispersed sites, while Hill of Grace has always been a single-vineyard wine. Which you prefer is a matter of personal taste, but no one would begrudge Hill of Grace its classic status, as it has delivered superb, long-lived wines for decades. The 1998 is one of a number of brilliant vintages.

Cyril Henschke created, and named, this wine, in 1958. Hill of Grace is a translation of Gnadenberg, the German name of the village and church close to the vineyard. The vineyard was bought by Paul Henschke in 1891, and was already planted, although it was subsequently expanded. It passed on to other hands, but was retrieved by the family when Louis Henschke bought it in 1951. It was Louis who insisted on farming the vineyard organically. Cyril, a pioneer of South Australian table wine production, died in his fifties in 1979, and the business passed to one of his sons, Stephen. Stephen Henschke and his wife Prue, a renowned viticulturist, run the property to this day and were responsible for making the 1998 vintage.

After a dry winter, the spring was quite wet, which encouraged vine growth. The summer was gentle, though there were periods of heat in mid-January and again in late February, which put the brakes on the ripening. Cooler autumn weather arrived earlier than usual, and this too delayed ripening, promising a late harvest. Yields were average, and quality exceptional, which was widely recognised.

‘When it was in the fermenters we knew it was going to be a terrific year,’ recalls Stephen.

The vineyard comprises eight hectares at an elevation of 400 metres in Eden Valley rather than on the hotter Barossa Valley floor. Although Shiraz is the dominant variety, there are also patches of Riesling, Semillon and Mourvedre. The Mourvedre is sometimes included in Hill of Grace, but only when it is sufficiently ripe. The oldest block dates from 1861 and the vines are planted on their own roots; the rows are widely spaced and the vines trellised. Prue Henschke has selected individual old vines from which to propagate massal selections to replace missing vines and maintain the genetic heritage of this site. Other older parcels still in production were planted in 1910 and the 1950s.

Grapes from the different parcels are picked and vinified separately, as there can be variations of three weeks between the start and end of harvest, as well as variations between individual blocks. The grapes are partially destemmed, and fermented in open-top vats. Extraction is by pumpovers, and after the initial alcoholic fermentation, the temperature is cooled to prolong the vinification process. The wine is transferred still warm into new oak barrels, mostly American but also French. There it stays for two years, without racking or fining, and the final blend is made up shortly before bottling.

US critic, Stephen Tanzer, found ‘explosive if idiosyncratic aromas. Pungent and penetrating, with compelling flavours of raspberry, tobacco, black olive, dried rose, mocha, herbs and spices, plus a strong underlying minerality. (I was variously reminded of Lafite, Haut-Brion and Ausone!)’

Australia’s leading wine writer James Halliday was enthusiastic too, noting that it has ‘an indefinite life in front of it’.