It’s time for Piedmont’s ‘other’ great Nebbiolo wine to stop being seen as the perennial bridesmaid to Barolo, says Ian D’Agata. Barbaresco is just as good and (whisper it) in some cases better, especially when it comes to price. 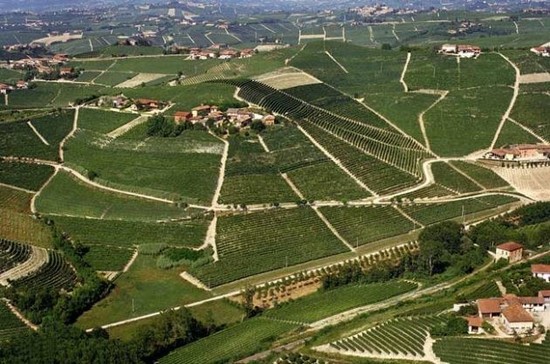 What do you think is the best Italian wine of all time? Before you start guessing, let me tell you that it’s not a Barolo, a Brunello di Montalcino, an Amarone or a SuperTuscan. Stumped? It’s a Barbaresco. Yes, really. Italy’s best-ever wine is the now legendary 1971 Santo Stefano BarbarescoRiservaSpeciale made by Bruno Giacosa, widely acknowledged as the country’s ultimate expression of power, balance and refinement.

It is not, however, the only testament to the greatness that Barbaresco is capable of. In fact, Barbarescos have never been better, and there is a bevy of extremely fine producers to choose from: Angelo Gaja and Bruno Giacosa are the most famous, but wines by Albino Rocca, Bruno Rocca, Ca’ del Baio, Cigliuti, CisaAsinariMarchesi di Gresy, Giuseppe Cortese, Moccagatta, Roagna and Sottimano rank with the world’s best. Also, Barbarescos are often the best wines made by well-known Piedmontese powerhouses such as Ceretto and Pio Cesare.

Unfortunately, the high quality of Barbaresco still slips under the radar of most wine lovers. Despite pocketfuls of devout admirers, the wines have always played underdog to nearby Barolo. It’s Barolo that has always garnered most of the attention, despite the fact that both wines are made essentially the same way, from the same Nebbiolo grape. The vineyards are just a short drive away from each other, but in completely separate wine-production areas: (you can’t make Barbaresco in the Barolo production area and vice-versa), and in a similar patchwork of geologically and topographically distinct sites beautiful enough to have merited UNESCO recognition in June last year.

Barbaresco became a DOC wine in 1966 and a DOCG in 1980. Generally speaking, Barbarescos are less austere, less tannic and are readier to drink sooner than Barolos. Most Barbarescos can be drunk as early as five years from the vintage. (Barolo, especially when from Monforte or Serralunga, usually requires a few years more to become fully approachable.) But just like Barolo, Barbaresco can age for decades: a well-kept 1961 is a thing of beauty – if you can find one.

The minimal ageing requirement is 26 months for Barbaresco (a minimum of nine in oak) and 50 months for Barbarescoriserva (of which 24 are usually spent in oak). This shorter length of time spent in oak means Barbaresco, especially when young, generally matches better with food than does Barolo. More good news for wine lovers is that Barbaresco is usually less expensive too – now there’s an advantage to being less famous!

Actually, Barbaresco and Barolo have similar aroma and flavour profiles: you’ll find it’s quite hard to tell them apart in blind tastings. Both are redolent of red roses, violets, sour red cherry, raspberry and sweet spice nuances, but it’s the texture and weight of each that differs most. Barbaresco is a wine of unmatched elegance and refinement, while Barolo offers more power and structure. Ultimately, it’s really a case of first among equals.

Barbaresco’s production area is much smaller than Barolo’s. Only four communes are allowed to make Barbaresco (compared to Barolo’s 11): Barbaresco, Neive, Treiso and San Rocco Seno d’Elvio, though locals often refer to the latter as Alba (San Rocco is a part of the town of Alba).

Just like Barolo, Barbaresco lies on the right side of the Tanaro river but the topography differs between the two areas, accounting in part for the softer personality of Barbaresco’s wines. Barbaresco has generally softer and gentler sloping hills, with vineyards growing at slightly lower altitudes – 280m-300m above sea level on average (only a portion of Treiso’s production zone is higher at up to 500m). And while both Barolo and Barbaresco are characterised by mainly chalky marl soils with patches of sand, limestone and mineral-rich clay, there is a slightly higher proportion of clay in Barbaresco. Furthermore, there are noteworthy differences within the Barbaresco production zone as well, and this shows in the wines.

Barolo: the pros and cons 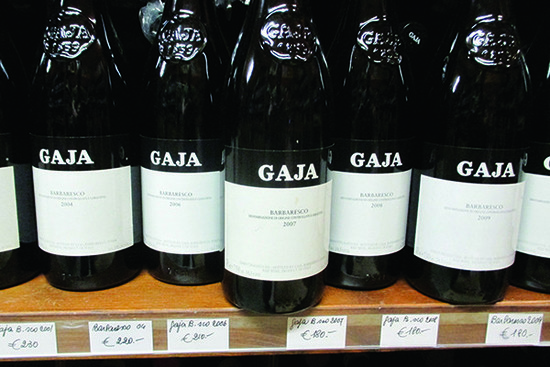 ‘Things are starting to change,’ says Laura Giordano, president of the EnotecaRegionale del Barbaresco and a well-known local producer. ‘The quality level of Barbaresco wines has improved dramatically over the past 10 years, and our producers are starting to travel more, emerging from Barolo’s shadow.’ Gaia Gaja, one of Angelo Gaja’s two talented daughters (younger son Giovanni is also learning the ropes), echoes this view: ‘People now tell me they love Barbaresco more than Barolo. It’s always a matter of individual taste, not a case of one being better than the other, but the key point is that 10 years ago I never heard anybody say that.’

Martina Minuto of Moccagatta voices an opinion held by many other Barbaresco producers: ‘Being much smaller than Barolo, both in terms of hectares (1,984ha for Barolo, 684ha for Barbaresco) and bottle production (12 million bottles/year vs four million/year), and with less history, we’ve always been viewed as the poorer, cheaper, less quality-driven cousin, which isn’t really fair or true.’ Angelo Rocca of Albino Rocca once joked to me that ‘even the phrasing plays against us: people say Barolo and Barbaresco rather than Barbaresco and Barolo, and so we always follow in tow’.

But in fact, many Barbaresco producers don’t consider their vicinity to Barolo a problem. Pier Carlo and Gabriele Cortese of Giuseppe Cortes believe that ‘Barolo is one of the world’s great wines, but so is Barbaresco. It makes sense to work together to better broadcast the individual differences, but also the high quality of the two wines. There’s strength in numbers and Barbaresco is too small to fight this battle alone.’

Bruno Nada of Fiorenzo Nada adds another twist: ‘In some respects, Barbaresco has been dwarfed not just by Barolo but by the sheer presence of two superstars: Gaja and Giacosa. Clearly, it was those two who captured all the attention, not Barbaresco; and of course, they also make Barolo, further muddling things. In truth, the rest of Barbaresco’s wines weren’t always quite up to their high standards, making things even harder.’

Luisa Rocca of Bruno Rocca puts a positive spin on the matter: ‘We’re blessed to have not just Gaja and Giacosa in our midst, but also what many consider to be the world’s greatest cooperative, the Produttori di Barbaresco. All of this attests to the heights that Barbaresco can achieve.’

Producers are bullish about Barbaresco’s prospects. ‘Barbaresco is the one Piedmontese denomination that has most benefited from climate change,’ says Gaja. ‘The wines now have riper flavour profiles without losing their trademark elegance. Over the next 10 years, things will only get better.’

For many producers, the appellation’s small size is a blessing: ‘Of the four major Italian DOCG wines, Barbaresco has the smallest production: our wines are the rarest – another factor that adds to their mystique,’ says Alberto di Gresy of CisaAsinariMarchesi di Gresy.

He also believes that the recent 2011 vintage will further help Barbaresco’s cause: ‘It’s one of the best vintages in memory. The wines are fuller bodied than usual, but retain their proverbial grace and charm, so there’s never been an easier time to become a Barbaresco lover.’

So in many respects, these are the best of times for Barbaresco. Wine lovers everywhere would do well to fill up their glasses, and their wine cellars, with the best that the region has to offer. There are fewer wines made anywhere in the world that will guarantee as much pleasure. 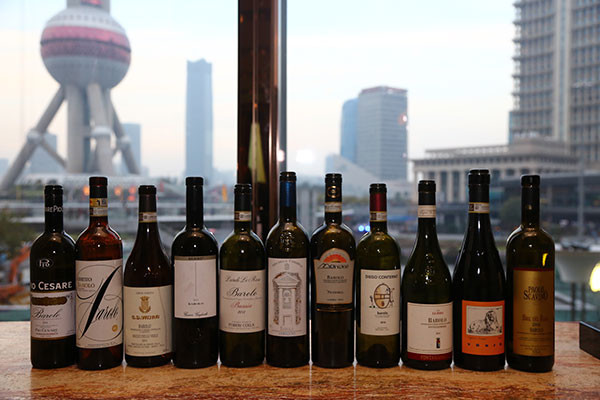