Can the complex topography created by faults in the earth’s crust really make a difference to a vineyard’s terroir – and its wines? Elin McCoy speaks to geologists and winemakers to find out...

As I take in the sweeping vista of Santa Cruz’s mountain ridges from Rhys Vineyards’ Alpine Vineyard, owner Kevin Harvey explains the complex geology beneath our feet. Below us, California’s infamous San Andreas Fault is slowly, inexorably, grinding away.

I can’t help picturing a massive earthquake creating a vast chasm that will swallow up the vines – and maybe us too. Which gets me to wondering why so many vineyards around the world, from California to New Zealand, have been planted in geological fault zones.

Harvey, a venture capitalist who fell in love with Pinot Noir, spent more than a decade hunting for unique rocky sites where he thought the variety would shine. He wasn’t looking for land near a fault line, but says, ‘Soils near fault zones are often more diverse. They allow drastic differences in rocks and dirt to be located close to each other.’

The San Andreas Fault bisects the Santa Cruz Mountain appellation, but also runs north to the West Sonoma Coast, where its actions created an equally tormented geologic jumble and shaped the ridge on which David Hirsch began planting his Hirsch Vineyards in 1980. He bought the land because he thought its proximity to the Pacific Ocean was key. But now he likes to say, ‘the San Andreas Fault defines our wines’.

Think of a fault as a fracture in the earth along which rocks have been moved to one side or the other. According to the theory of plate tectonics, a jigsaw puzzle of huge plates of the earth’s crust float on top of a molten rock core. When the Pacific and North American plates crush against each other as they slide sideways, the movement creates zones of broken rock. The 1,000km-long San Andreas Fault is the boundary between the plates – and it’s where earthquakes occur that change the surface of the land.

Not all faults are alike. They can be short or long, wide or narrow, active or inactive. ‘One thing faults do is create complex topography,’ says retired Stanford University geologist David Howell, who is working to unravel the geological mysteries of Bill Harlan’s new Napa Valley Promontory Estate project. ‘Without earthquakes there would be no Napa Valley. Without faults, the Santa Cruz Mountains might look like the flat prairies of Nebraska.’

Professor Alex Maltman of Aberystwyth University, who is writing a book on vineyards and geology, points out that faults not only juxtapose different kinds of bedrock, they affect ground water flow, form valleys, cause erosion and escarpments and more. Indirectly all this may help form sites with exposures and microclimates ideal for grape growing and influences the way vineyards are planted.

But the patchwork of soils and crushed rocks from different eras that faults create may be the most important. Long ago, a New Zealand winemaker told me that he thought all the world’s great vineyards lay next to fault lines. And when you start checking the geology of various regions, it’s easy to be persuaded that he’s right.

Faults underlie Marlborough, Hawke’s Bay and Martinborough in New Zealand; Alsace, Burgundy, Gigondas and Jura in France; Heathcote and McLaren Vale in Australia, parts of Italy, southern Oregon, and many more global wine spots. Plenty of winemakers are convinced their effect on terroir has an effect on the wines.

In Alsace, for example, two main northsouth fault lines criss-crossed by smaller ones created bedrock that’s a mosaic of cracks and disruptions. The resulting patches of highly distinctive soils packed into a small area may be the reason for differences in taste and character among the 51 grands crus. The volcanic soil in the famous Rangen vineyard, right next to one main fault line, is rich in minerals found in very few of France’s vineyards. Not surprisingly, all of the old vineyard roads follow the fault lines.

An eruption on the Nîmes fault in Gigondas pushed up limestone slabs (very rare in the Rhône Valley) to high elevations, and those terraces are where the best Grenache wines, with richness and freshness, come from.

In southern Oregon, terrain variation in the Fault Line Vineyard at Abacela winery in the Umpqua Valley, named for the fault that runs diagonally through the property, allows owner Earl Jones to grow a number of different grapes. On one side of the fault are 20 millionyear- old cobblestones, and on the other rocks that are 10 times older; harvest dates between the two differ by two weeks.

Nowhere have faults created more named bits of earth than in Burgundy’s Côte d’Or. James Wilson, author of Terroir, points out that all the grand cru vineyards are on the upslope of the fault line, where activity aeons ago threw up the limestone that’s made the vineyards famous.

Planting on an active fault line has risks, and consequences can be dire. South of San Francisco, the San Andreas Fault runs directly under Cienega Valley Vineyards’ winery. As the plates move 1.3cm a year, the fault is slowly tearing the building apart.

Napa’s 2014 earthquake destroyed old vintages in Saintsbury’s winery in Carneros and left a scar slicing through the vineyard. Three years ago, a New Zealand quake caused crashing tanks in wineries in Marlborough’s Awatare Valley, and in the huge Chilean earthquake of 2010 some small wineries in Maule lost half of their stock.

But can vines planted on fault lines or in fault zones really convey some kind of special earthy, mineral character to the resulting wines? While some winemakers say yes, geologists scoff at the idea.

Jean Trimbach, whose family owns Maison Trimbach in Alsace, assured me at a tasting in New York of his greatest Rieslings that the fault line in Ribeauvillé, around which his vineyards are clustered, contributes energy, complexity and minerality to his wines. ‘The terroir there is very different from other soils in Alsace,’ he says. ‘The limestone gives the acidity that accounts for our steely style.’ His newest bottling is from the Geisberg grand cru, which lies on the fault line.

Hirsch believes the soil complexity and diversity in his vineyard, caused by the San Andreas Fault, imparts a broader palette of flavours to his wines. He’s sub-divided the site into 60 blocks and admits that when he’s in a mystical mood, he speculates about the wines having an energetic aspect that he connects to the fault. ‘I fantasise about the heat and pressure in the earth,’ he says. ‘I imagine a lot of energy and dynamism coming through.’

The idea of emanations from deep inside the earth showing up in the glass is a seductive vision, even if geologists roll their eyes and call it a geological fantasy. ‘There’s nothing mystical about a fault,’ Maltman writes tersely in an email to me. ‘No vortexes or mysterious energies.’

No science correlates complexity of a vineyard with complexity in its wines. The relationship between geology and the taste of wine is still poorly understood.

Structural geologist Kevin Pogue at Whitman College did suggest a possible reason for wine taste differences. ‘If a large fault pulverised rocks, it would be easier for water to penetrate and leach out various chemical nutrients, which vine roots could absorb.’

There’s no scientific evidence, really, that fault-line vineyards directly affect the aroma and taste of their wines. But, glass in hand, I keep thinking of the wonderfully earthy character of Rhys Vineyards’ Pinots and all those wine regions formed by faults.

Awarded journalist and author Elin McCoy writes for a variety of publications, including Bloomberg News 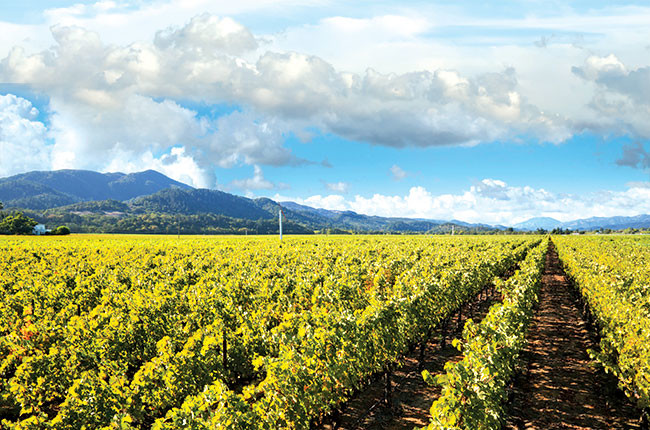 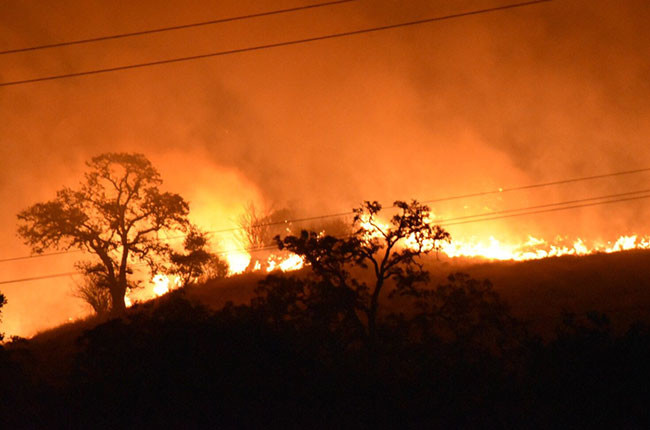 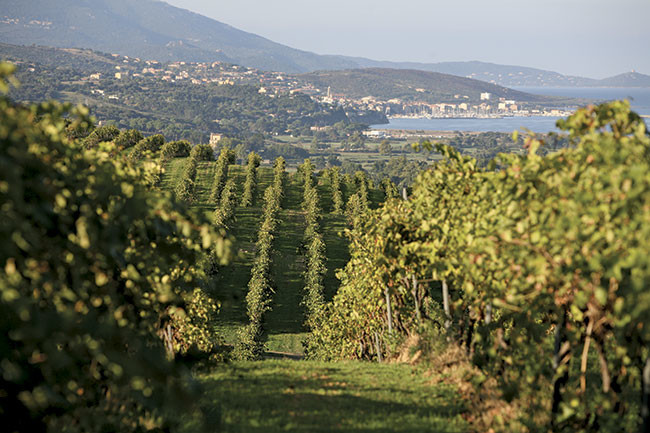 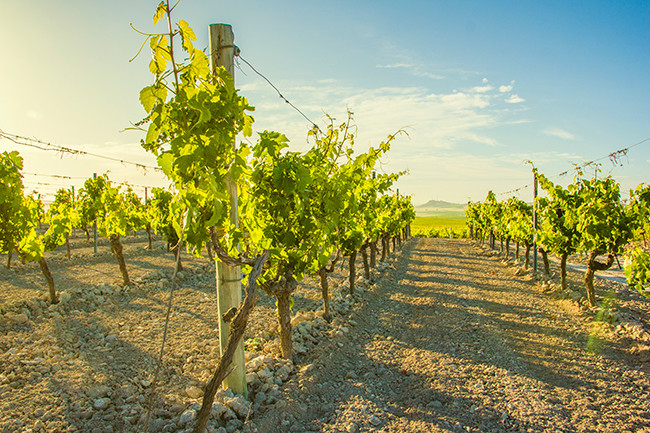 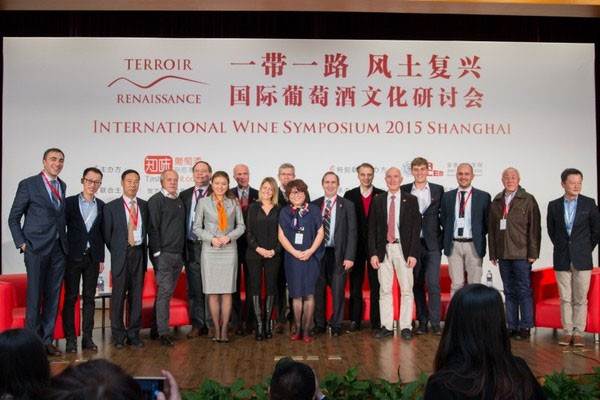 Searching for wine terroir in China: a Shanghai conference