Fine wine exporters are unfazed by China’s recent threat to impose an anti-dumping tax on European wine – the real threat, they say, is the Chinese hygiene department.

The department has the right to remove up to 6 bottles per shipment for tests (or 2 bottles if only one case is shipped), to determine if it is fit for human consumption. This is a bigger headache for importers of small-volume, high-end wines than a tax that may not materialise. 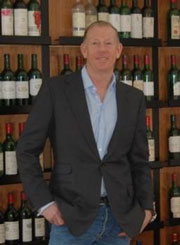 Exports of fine wine to Mainland China are worth millions for merchants and producers, mainly in Bordeaux. However, because the Chinese government already imposes a 48% tax on wine imports, most fine wine shipments destined for Mainland China are sent to Hong Kong, a tax-free zone for wines.

The wines then make their way into China via various routes, often circumventing customs altogether.

‘The threats of an anti-dumping tax aren’t a big worry for us,’ Jo Purcell, director of wine merchant Farr Vintners in Hong Kong, told Decanter.com. ‘Partly, because it appears to be a bit of political muscle flexing, and partly because the tax, if it materialises, really seems to be aimed at the [lower cost] volume imports that compete with China’s domestic wine industry.’

The real issue, she said, for fine wine shippers is the hygiene testing rule, which is, conversely, less of a worry for volume importers and much more of a concern for someone shipping, for example, 12 bottles of Petrus.

Boom also said the tax threat was probably only ‘a bit of posturing’ because ‘there are too many people with an interest in importing wine’ in China for it to happen.’