Delving through the archives, publishing director Sarah Kemp describes the stories behind the early years of Decanter. 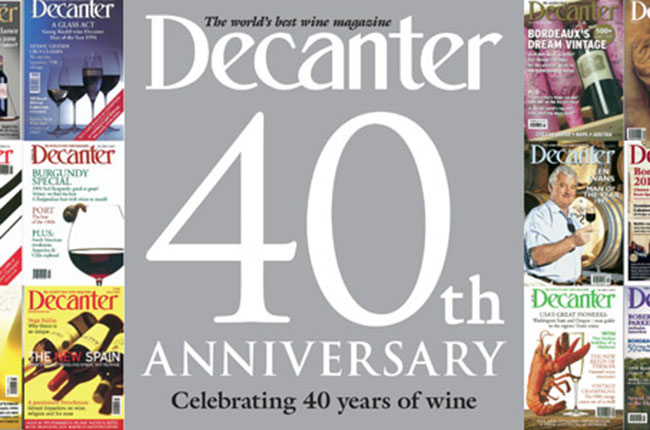 Of equal significance for wine lovers the world over, it was also the year that saw the very first issue of Decanter.

It was the brainchild of Colin Parnell and Tony Lord, two of the most unlikely magazine entrepreneurs Britain has ever seen.

Parnell was editing the wine trade magazine Wine & Spirit when he and his deputy, Lord – a young Australian journalist and wine enthusiast – spotted a gap in the market for a wine magazine for consumers.

As he wrote many years later in Decanter: ‘It soon became clear to the two of us as we wrote about comings and goings in the international wine trade, features on gin, vodka and the new sensation of tequila, that there was no lively magazine for wine lovers.

‘Rather than work for the rest of our lives for someone else… we decided to do our own thing and launch our own magazine.’

Parnell was bookish; a talented musician who loved jazz and opera, and somewhat at sea in the new world of securing funding.

‘The banks wouldn’t lend us money, and without funds we could do nothing. But fate stepped in with Luis Gordon, whose family company, Luis Gordon & Sons, had the highly successful Domecq sherry agency for Britain since around World War I.’

If Parnell was an intellectual Bordeaux lover, Lord was his polar opposite. A hard-drinking, talented but tortured Australian, his blunt (to say the least) language and chain-smoking were legendary.

The two managed to work together, but would rarely spend time in each other’s company.

Lord would bash out articles on an old typewriter and then – ashtray full by 11am – head off for lunch (or, as he preferred to call it, ‘product familiarisation’.)

It was Lord’s enthusiasm for the wine world outside France that gave Decanter its international flavour. He was the author of the first guide to Australian wines, which was used by the Masters of Wine on their first trip to the country.

Spain, California, South Africa and ‘Latin America’ were his areas of expertise, while Parnell was happiest interviewing Bordeaux grandees and reporting on the misdemeanours of failing wine companies.

They shared one common fear: each dreaded the thought of the other turning up on his patch.

The first issue of Decanter, for the modest sum of 40p or 12 issues for £6 a year, had the cover line ‘How to buy Bordeaux and keep your bank manager happy’, along with ‘Confessions of a Lady Wine Bar Proprietress’.

In 1977, Michael Broadbent, head of Christie’s wine department, wrote his first column – on vintage Port. His column lasted for more than 35 years, becoming an industry institution.

From the start, readers came from all corners of the globe, including a certain A Hitchcock from Hollywood and Roald Dahl from Great Missenden. 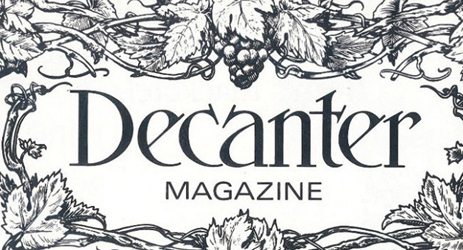