Restaurateur Ignace Lecleir, who runs one of Beijing’s most renowned fine-dining spots, which boasts an adventurous carte, is branching out into the wine home-delivery business.

Lecleir is one of the most respected wine experts in China, a former sommelier who has worked for the Dorchester in London, with the Crystal cruise line and for star chef Alain Ducasse. He originally came to the Chinese capital to launch French chef Daniel Boulud’s operation, Maison Boulud a Pekin, later leaving to start his own fine-dining restaurant.

The recent announcement that Maison Boulud would be closing is bound to push more trade in the direction of Temple Restaurant Beijing, which has established itself as a firm favourite with oenophiles, gourmands and passing-through wine-makers.

The stellar wine list, chosen by Lecleir, boasts 900 labels, ranging in price from RMB 300 to 40,000, with an emphasis on boutique offerings from smaller producers.

Lecleir recently launched a home-delivery service – www.trbcellars-com – with the ultimate aim of pledging to deliver bottles within an hour of an order being placed, no mean feat in the spread-out, traffic-choked capital.

“We put a lot of time and effort to try and find the right suppliers and people have been asking us a lot where they can find a particular wine, says Belgium-born Lecleir.

“We are trying to be careful with the mark up because we want it to be a place where people can order two or three bottles and come back for more. If I can develop it then I can have more volume and negotiate better prices. Initially we are offering a selection of about 100 wines.”

The range includes only a smattering of Bordeaux wines, reflecting the trend away from France’s most famous region. While new-money Chinese are famed for favouring pricey Lafite and Petrus, the restaurateur says more and more discerning drinkers are anxious to challenge their palates, experimenting with wines from a variety of regions.

“It is a big change during my five years here,” says Lecleir, who has three young children, all of them fluent Chinese speakers, and intends to stay in the country for the long haul.

“We have diversified our wine list; we have a lot of wines that are organic and biodynamic, we work with 40 different wine suppliers and are looking for wines that are interesting and different.”

When Lecleir opened the restaurant, the clientele was roughly 70 per cent expatriates and 30 per cent Chinese – a ratio that has now been reversed. Whether customers are Chinese, or from overseas, they are invariably awed by the restaurant location, in a 15-th century compound, where monks once laboured to produce Buddhist scripts for the emperor.

Its unlikely reincarnation as a fine-dining temple to fine dining is down to Lecleir, who sunk his savings into the project. After almost two years of operation, it has become a must-visit place for anyone in the wine industry.

“It’s an exciting time to be in the business in China,” says Lecleir. “People are becoming more sophisticated and keen to learn more.” 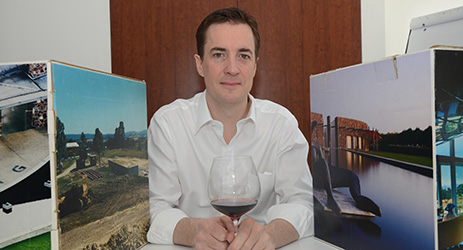 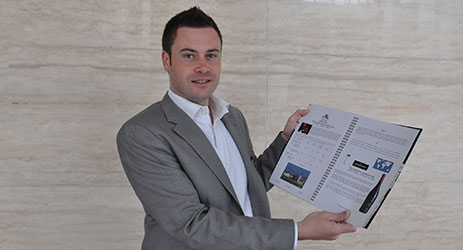