China’s wine lovers were treated to an extraordinary day of tasting and the chance to meet their favourite winemakers at the third Decanter Shanghai Fine Wine Encounter.

Watch the 2-minute highlight video of the day's event:

If the video didn't load properly, click here to open it on Decanter.com.

Over 1,000 wine lovers attended the sold out tasting on 26th November at the elegant Ritz-Carlton hotel in Pudong, Shanghai.

The day started with a masterclass of Château Lafite Rothschild, with president and CEO Christophe Salin– which sold out just a week after tickets went on sale. Salin asked the packed room how many had visited Bordeaux – of which the majority had – and encouraged them to visit Lafite.

‘It is an honour to be invited to present a masterclass,’ Salin told Decanter.com. 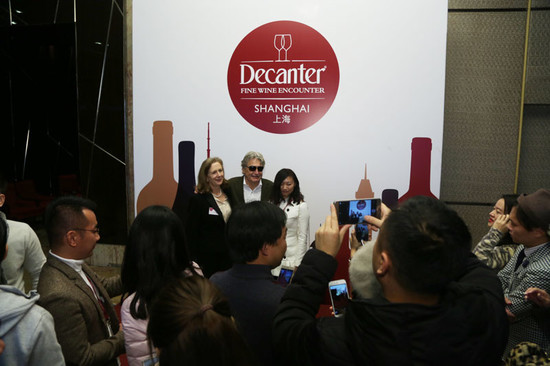 ‘The knowledge level of attendees continues to surprise and impress me.’

Salin was then mobbed by fans after the class, all taking the opportunity to take a photograph with him – and then take part in Decanter’s first selfie competition on Chinese social media, WeChat and Weibo. 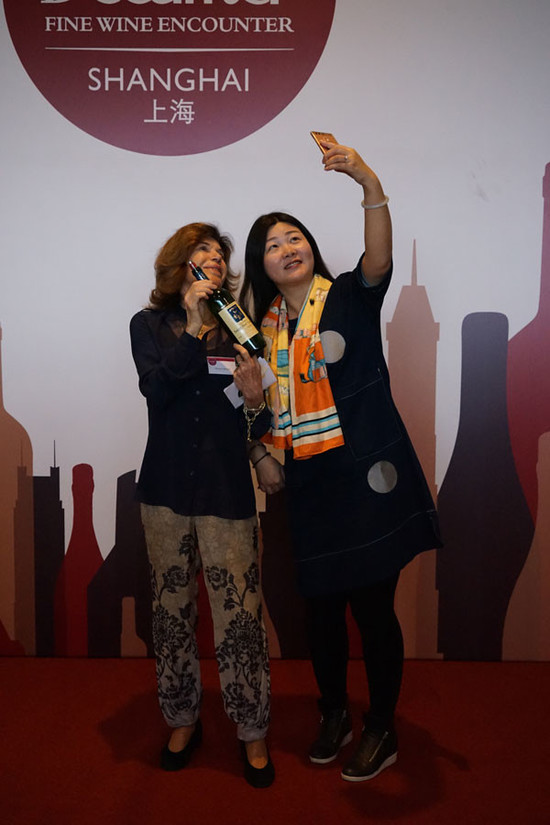 ‘I love the wines from Smith-Haut Lafite,’ ‘Yang Xiao Mie’ posted on Weibo, ‘I heard Daniel (Cathiard) was former Olympic champion of fencing. Oh my god—what a fascinating family!’

At the same time, DecanterChina columnist Professor Li Demei, held a session on sparkling wines from ‘unexpected countries’ – including three Chinese wines, from the Ningxia and Shanxi regions.

The other wines were from Austria, India and Brazil. 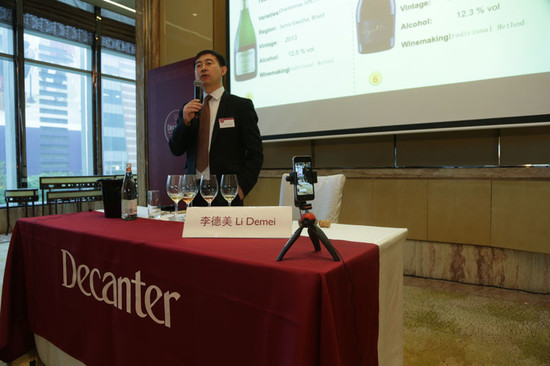 ‘The Chinese wineries at today’s event have received an enormous amount of attention,’ said Demei.

‘The Shanghai Fine Wine Encounter is a great opportunity for consumers to taste so many good quality wines in one place.’

This was followed by a session with Miguel Torres Maczassek, leading a vertical tasting of Mas La Plana, from 1971 – 2011.

‘We only ever open old vintages of Mas La Plana for very special occasions,’ said Torres. ‘This was one of them.’ 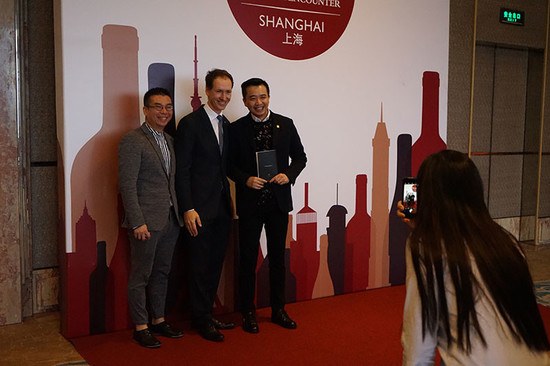 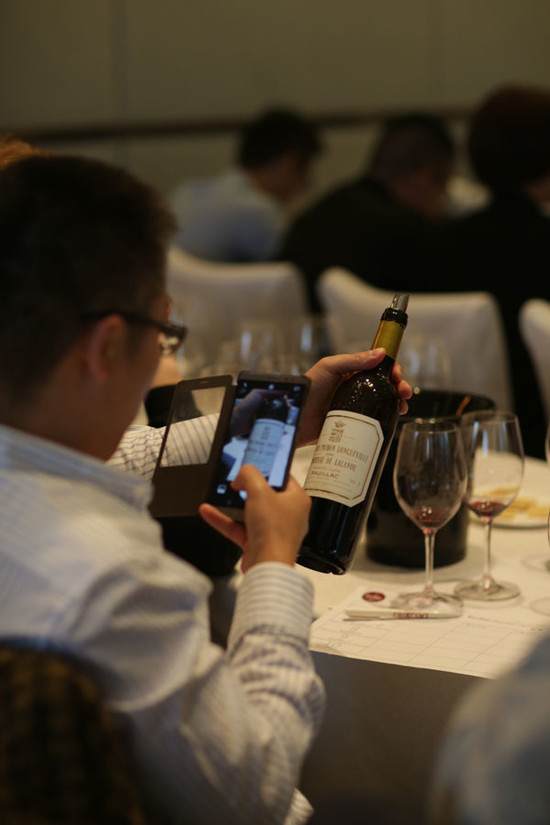 At the same time, Pio Boffa, owner of Pio Cesare, lead a class on Barolo and Barbaresco wines.

‘I wanted to take guests on a trip of the evolution of Barolo and Barbaresco over the years – and to show them that you can enjoy these wines earlier. When younger, these wines are perfect for food – any kind,’ Boffa told Decanter.com. 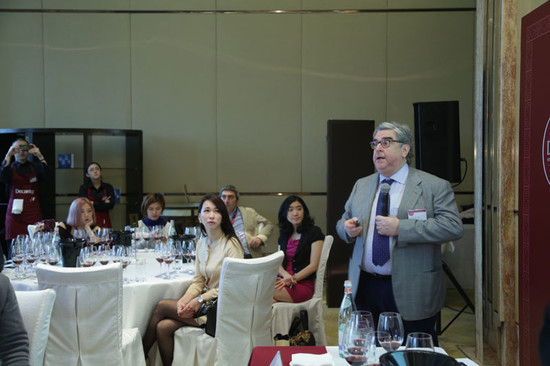 ‘This is a quite unique tasting. Shanghai is a great city with a lot of wine lovers – the recipe is perfect!’

‘I got Pio (Boffa)’s signature,’ account name ‘Bodega9’ posted on Weibo, with picture of the producer's handwriting.

More fine Italian wines were showcased in the final masterclass of the day, the Superstars of Tuscany, with Ian D’Agata.

‘Every year this event continues to get better and better,’ said Axel Heinz, from Tuscan winery Ornellaia. 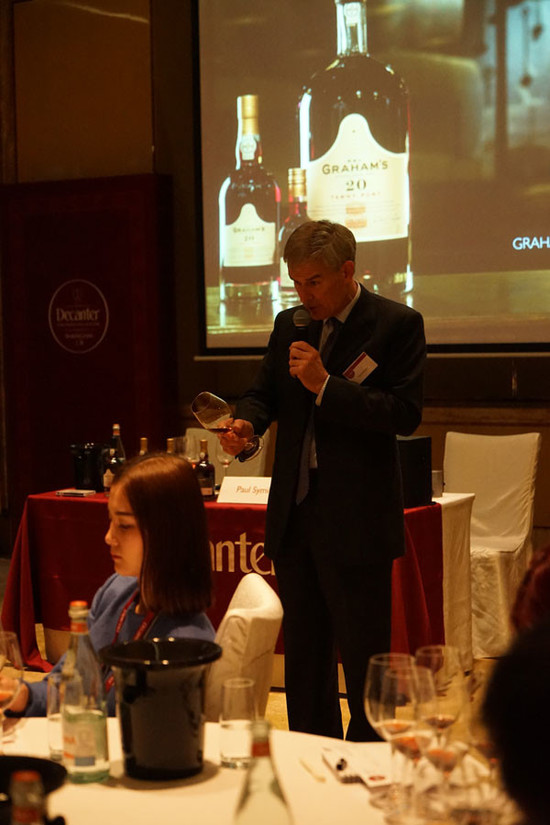 One of the last sessions of the day was the eagerly anticipated Graham’s Aged Tawny Port class with Paul Symington, another session that sold out of tickets within a week of going online.

‘This is a wine speaking to us from over 100 years ago and if we taste it, it’s just a piece of magic and a piece of history,’ said Symington.

Antonio Flores, master blender at González Byass, took the final session of the day, the evolution of Sherry, showing five Tio Pepe 2016s in ‘at different stages of its life’, as well as the Palo Cortado 1987.

‘We’ve tasted five wines but really we’ve had one,’ Flores said to the class.

‘This is my second year at the Shanghai Fine Wine Encounter,’ Flores told Decanter.com. ‘Last year was good, but this year is even better.’ 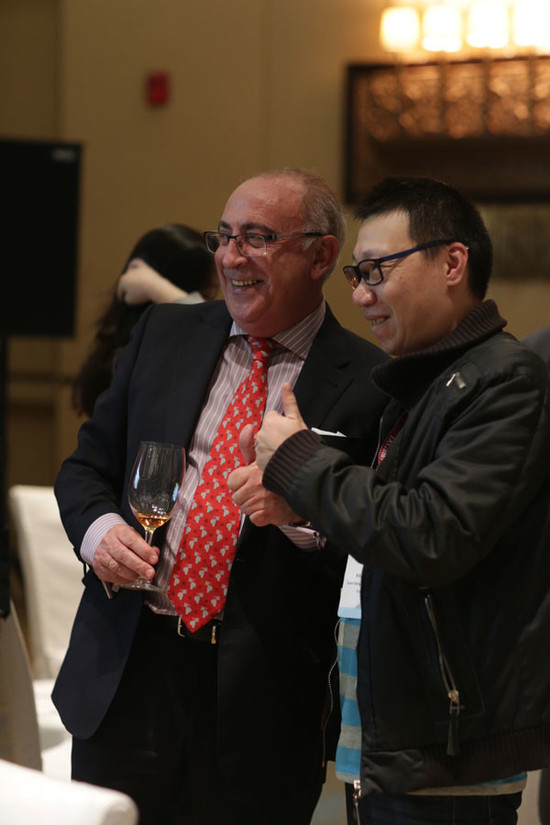 ‘Our table [in the grand tasting] had people every single minute. They had studied the list before, they knew what they wanted to try – they’re interested. I’ve not seen this at other wine events in China.’

As well as the wide selection of classes, in the grand tasting, attendees could taste 600 fine wines from over 100 producers, from a variety of countries and wine regions, including France, Australia, the US, Canada, New Zealand, Spain, Italy, Chile and Argentina.

There was also the opportunity to taste medal winning wines from this year’s Decanter Asia Wine Awards.

‘The producers who attended were extraordinary,’ said Chester D'Arenburg from Australian winery D’Arenburg.

‘I wanted to taste everything in the room.’

Many wineries used the event as a chance to showcase wines not yet available. At the Montes stand, they had the new Black Label Special Cuvée Sauvignon Blanc – something they are hoping to launch in 2017.

‘The level of engagement is remarkable: what’s more I know of people who travelled from four tier one cities to be here,’ said Carlos Serrano. 'This is an iconic event.’

Bodegas Muga showed the Prado Enea, Rioja 2005 which had only been launched three weeks before.

‘It’s full of surprises and you are never bored.’ 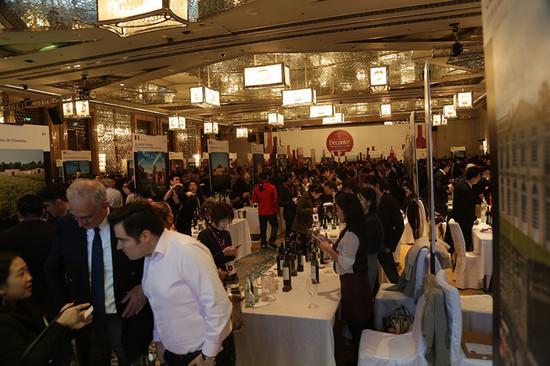 Marc Hochar, from Chateau Musar said, ‘There is no event in Asia like it.’

There was significant social media interaction on the day, as guests shared the highlights of the days with selfies, videos and more, engaging with DecanterChina’s recently launched WeChat account.

A live streaming video shared on DecanterChina’s Weibo account from the sparkling wines class had 16,000 views in a day. Followers also enjoyed some behind-the-scenes action with a video from decanting and wine preparation room, which had 5000 views.

‘This is my first time at a Decanter event,’ ‘Yan Mai Mao’ commented on Weibo, ‘For an amateur like me, the most important thing is the pleasant mouthfeel. My favourites are Chardonnay-based sparkling wines and noble rot wines.’

‘It was thrilling to see so many wine lovers meeting their heroes and discovering new vintages and wines,’ said Sarah Kemp.

‘I’m so happy to be able to connect China’s most passionate wine lovers with the world’s greatest wineries. An unforgettable day of wine magic.’

The next Decanter Shanghai Fine Wine Encounter will be on 18th November 2017.

Thank you to Acqua Panna and S Pellegrino mineral water for keeping guests hydrated on the day, to Riedel for supplying the glassware and to all Ritz-Carlton staff. 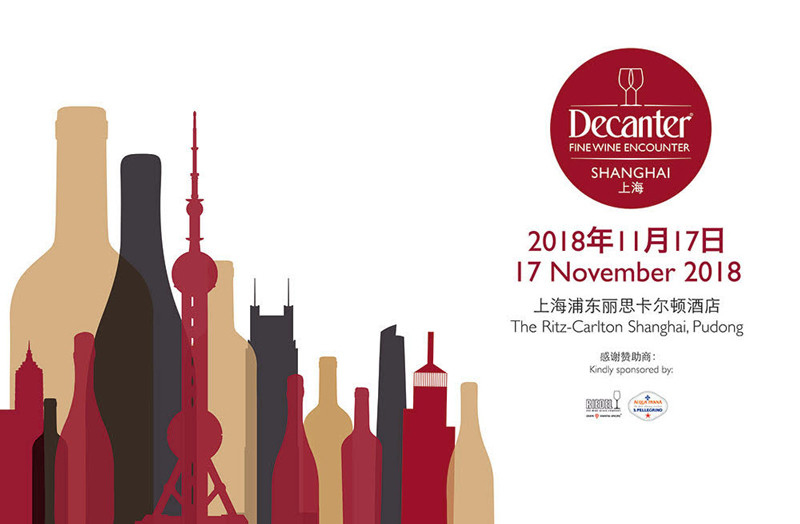