Who doesn’t love Rioja? From the gorgeous raspberry freshness of its joven (young) wines, to the layers of peppery spiciness added by American oak in the reservas, up to the cigar-box subtlety and elegant restraint of the gran reservas, Rioja is seductive stuff. Add to that the fact that this northern Spanish region has achieved all of this relatively quickly in wine terms and it’s no wonder that it has legions of fans around the world.

Leading the way is Bodegas Faustino. Located in the Alavesa region, it’s the largest landowner in Rioja, with 650ha of vineyards in the DOCa (wineries had to comply with a much tougher set of rules than plain old DOC) – primarily in the Rioja Alavesa and Rioja Alta regions, spanning Laguardia, Logroño and Mendavia y Oyón, and accounting for 50% of all Faustino production and 100% of Faustino Reserva and Gran Reserva.

Faustino is a family affair, owned and run for the last 159 years by the descendants of the founding father, Eleuterio Martínez Arzok. Not that it has stood still – far from it. This is a wine company constantly on the move – from reconstructing the vineyards after phylloxera swept through, to installing their own bottling line (among the most expensive bits of kit in a winery), to its latest move, a new range of wines, called Faustino Art Collection, and a new motto – Faustino, In the Name of Wine. It’s about driving the business firmly into the future. This dynamic new approach builds on the company’s core values of leadership and passion, the pillars on which Faustino are built.

With its colourful new labels depicting a reimagined Rembrandt portrait of Dutch merchant Nicolaes Van Bambeeck by top artist Willy Ramos, (the original of which has become an icon for the popular brand), the range of seven wines is turning even more heads. As it is, Faustino wines are already in 130 countries, with around half of its production enjoyed outside Spain, plus it sells more gran reservas beyond its borders than any other producer, the rest in its trademark Burgundy-shaped frosted glass bottles. 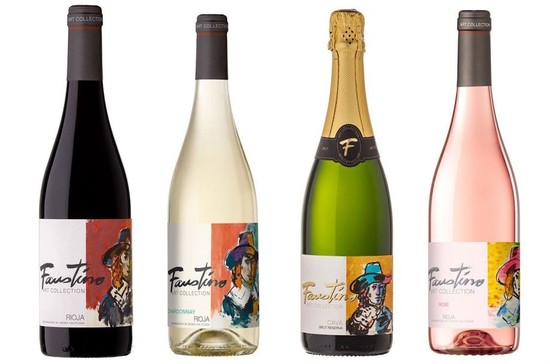 In line with today’s trends to ensure vineyard sustainability, the company has incorporated environmentally friendly grape growing practices, which are centralised around the production of Tempranillo, the region – and Spain’s – most important grape, Graciano, Mazuelo and Viura, as well as employing precision viticulture to monitor canopy development and control quality.

While the state-of-the-art winery can hold up to 50,000 oak barrels. What started as a cost-saving exercise for the region (American oak was far more economical than expensive French barrels) soon became Rioja’s USP as producers realised its advantages, most notably that its particular flavour compounds, tannins and aromas helped to enhance the wines complexity, making it the perfect match for the other big reason to come to Rioja – chuletillas (spring milk-fed lamb chops), best grilled over vine prunings and eaten with the fingers. 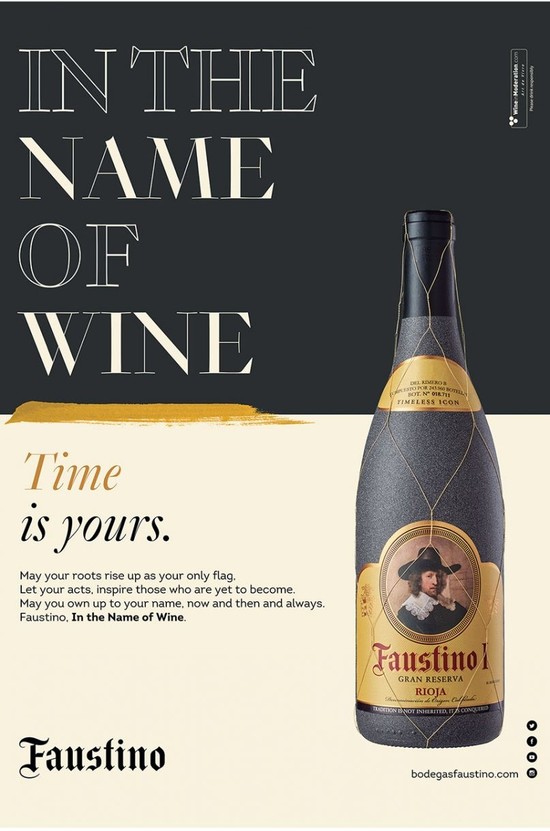 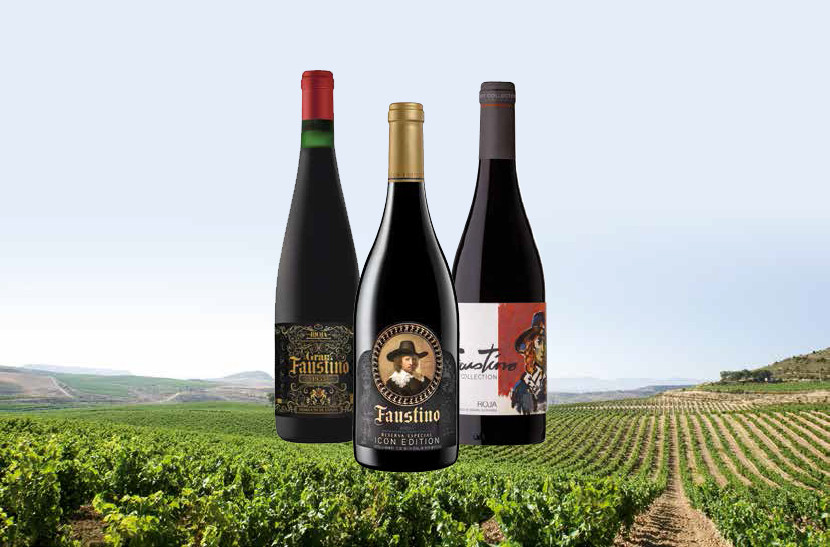