Always in advance of his time, the Founder, Antonio Carpenè understood the wine-making potential of the Conegliano Valdobbiadene area and developed a specific method of giving the wine sparkle to make the most of the grapes of the Treviso region. In fact, the sparkling wine he produced was originally called “Italian Champagne”. Right from the start, the conviction was clear that we could produce a sparkling wine of the highest quality, just like our French cousins; which was exactly what came to pass. 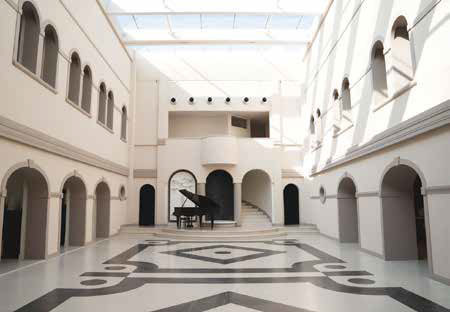 Behind this ambitious project was an unparalleled programme of scientific research, analysis and experimentation, backed up by wide correspondence with the most important scientists of the time, such as Pasteur, Koch and Von Liebig.

Antonio Carpenè took care to share his scientific knowledge and its practical application with his vignerons-suppliers, so that they could achieve the best in terms of quality and yield. He did this by “preaching in the piazza”, holding open-air meetings so that everyone could access practices related to winemaking and viticulture that are still today considered a milestone on the way to the modern cultivation of the vine and teaching about winemaking.

Carpenè’s knowledge was put to good use for the wider community of winemakers in the region. A series of publications resulted, still used today as a valuable working manual by students at the Oenological School of Conegliano, the first of its type in Italy, and founded back in 1876 by none other than Antonio Carpenè himself.

Antonio’s dream, which later became a reality, was to promote the Treviso region, which in 1853 still only boasted just one hectare of active vineyard property. Successive generations of the Carpenè family, have been involved in running the company, inspired by this dream, from 1868 to today. One of the most important entrepreneurs in the family, equal in stature to the Founder, was Etile Carpenè, who was the first to write the name Prosecco on a label in 1924. This, finally, gave Prosecco its precise identity and a specific geographical location. 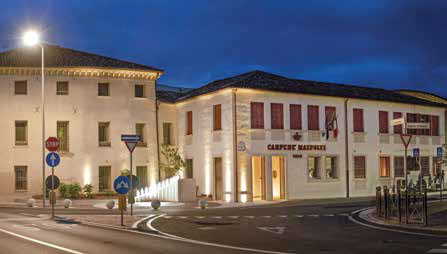 The decision to use the name Prosecco in 1924 was far ahead of its time. DOC recognition for the wine came 45 years later in 1969, and today’s DOCG status arrived in 2009, 85 years after the birth of the wine itself. The original description of Prosecco as a “Vino Pregiato Amabile dei Colli di Conegliano” (Fine semi-sweet wine from the Hills of Conegliano) is the beginning of the modern history of Prosecco, which has now become a world-wide business.

Considering its strategic decisions about viticulture, winemaking and promotion, at an international level, Carpenè Malvolti has distinguished itself in its first 151 years of history with pioneering insights that have contributed to the development of society and economics in its home territory in an incisive and targeted manner. In fact, the recent recognition of the Hills of Prosecco Superiore as a World Heritage Site by UNESCO is further proof of how far-sighted and significant the scientific and entrepreneurial contribution of the Carpenè family to the Territory of Conegliano Valdobbiadene has been. 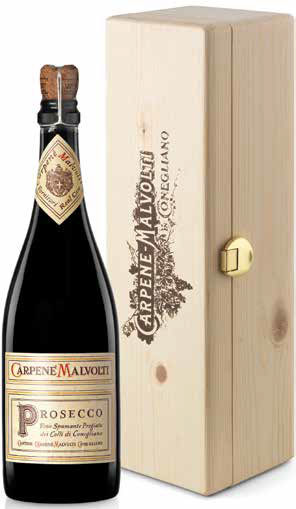 Each of the five members of the Carpenè family, who have led the company from 1868 to the present day, has in fact left an indelible mark on the rise to prominence of Prosecco. Today more than ever, Carpenè Malvolti is a symbol of serious historic commitment that continues to hand the founding values of the company’s original leaders down to the new generation.

It is precisely these values that the Company has chosen to emphasise with the creation of a new sparkling wine, a Vino Spumante that pays homage to the original wine from 1924 that was the first to refer to the grape variety used for Prosecco. This was how the “1924 Prosecco” came about, on the 95th anniversary of the famous label, and it’s the latest version of a DOCG Prosecco Superiore to be launched by Conegliano’s historic House of Sparkling Wine. The blend used is 90% Glera and the rest are historic white grape varieties from the Territory of Treviso.

Carpenè Malvolti has in fact chosen to give a fresh look to the canons of quality and taste using the characteristics of its original wine.