Almost by very definition, Champagne Cellar Masters tend not to be flighty, restless souls, for it takes more than overseeing a handful of vintages to cultivate a comprehensive mastery of a house’s patchwork of vineyards and plethora of wines. It is therefore entirely logical, even expected, that throughout its almost 220-year history, Perrier-Jouët’s roll call of Cellar Masters stands at a mere seven.

Now, at a ceremony befitting of the occasion and held at Perrier-Jouët’s sumptuous Maison Belle Epoque, Séverine Frerson’s name has been etched into the history of this consummate Champagne House. Officially unveiled as Perrier-Jouët’s eighth Cellar Master, she becomes the first woman to hold the position, although the second lady of the House, after Rose Adelaïde Jouët who founded Perrier-Jouët with her husband, Pierre-Nicolas Perrier.

The ceremony brought to an end a two-year, composed and meticulously planned changing of the guard, during which time Frerson – born and bred in Champagne – has been schooled by her predecessor, the acclaimed Hervé Deschamps, a tour de force who has steered Perrier-Jouët since 1993.

The day of celebration saw the pair lead two tastings which played on Perrier-Jouët’s relationship with art and nature, during which they rewarded guests with inner-circle knowledge and secrets on a clutch of cuvées including the Blanc de Blancs and Belle Epoque Blanc de Blancs 2006; two Deschamps creations. A pairing dinner crafted by the Michelin-starred Pierre Gagnaire followed, with the menu underlining the gastronomic virtues of wines such as Belle Epoque Rosé 2010, plus Perrier-Jouët Belle Epoque 1999 and 1985.

Then, the pinnacle of the evening, the Transmission Ceremony, where Frerson assumed the mantle of Cellar Master from Deschamps, who was keen to stress the critical importance of the gradual handing over of the reins to his successor: ‘For me, it is about passing on a more than 200-year-old heritage. A heritage that is living and will continue to evolve, but which also represents values that must be preserved.’

Frerson also reflected on the previous two years, not only what it meant but also what she’s learned: ‘I remember walking into the courtyard of 26, avenue de Champagne and feeling surprisingly serene,’ she recalls. ‘Maison Perrier-Jouët already felt like home. For me, transmission means sharing and working together. I think of it as handing over the baton in a relay race. Transmission is about continuity and perpetuating the style of the House yet adding something of your own personality.’

Frerson is taking the helm at Perrier-Jouët at a time when it continues to evolve and grow, with even greater focus being placed on sustainable practices such as the eradication of herbicides, the introduction of innovative technology and methods, not to mention grappling with the obstacles raised by a changing climate.

Yet, displaying typical Cellar Master unflappability, she remains unfazed and looks to any future challenges with relish: ‘So much the better,’ she states. ‘I hate routine!’ 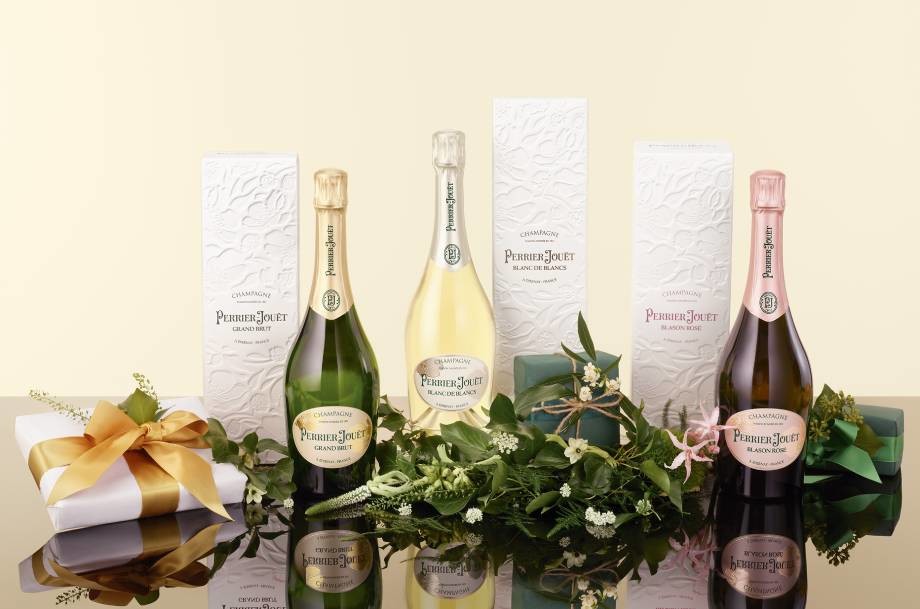