Search this site (start typing)
By DecanterChina.com promotion
20 May 2022

Vine, landscape and people are the starting point for Vilano’s wines. The fruit is harvested and selected by hand by families that have nurtured the vines for three, and even, four generations. This sense of community is the basis of Vilano’s core identity. Founded as a cooperative in 1957 by the parents and grandparents of the current members, Vilano has grown while remaining faithful to two fundamental priorities: continuous improvement and the preservation of the centennial vineyards that shape its wines and heritage. Having started with a processing capacity of 300,000 kg. of grapes, it now processes up to 2.6 million kg, and is planning further expansion, with the belief that the wines of Ribera del Duero have an ever-growing potential among the world’s best.

This belief had shaped the company’s evolution throughout its half century history. Having changed name from Virgen de Fatima to Bodegas Viña Vilano in 1999, it has now further simplified its name to Vilano. This reflects how the winery aims to bond with consumers the world over, creating a simple, easy reference they can relate to when drinking the wines. This is not, however, the only way the company has changed its positioning: new labels also reflect a new attitude, committed to a new generation of global wine lovers. The truth and true essence is ultimately, however, inside the bottles - each of Vilano’s wines encapsulate the history of Ribera del Duero, the stories of each grower, and a step towards a modern vision of the region.

This belief has marked the evolution of the company throughout its half-century of history. The winery is one of the most historic in Ribera del Duero, founded before it was granted DO status. It has always been committed to both tradition and excellence, as a result of effort, work and, above all, knowledge and passion for the grapes, wines and terroirs of Ribera del Duero. Desiderio Sastre, Vilano’s general manager, has developed the company’s vision and applied overarching innovations which led Vilano to receive excellent ratings from the world’s best critics, as well as numerous international awards. Vilano's international presence has grown significantly and its wines can be found in some of the best restaurants the world over. Truth and essence are found inside the bottles; aromas and flavours that leave an indelible mark.

With Tempranillo (Tinto Fino) as the queen variety and inspiration for the whole range, Vilano produces a diverse range that includes a sparkling, a rosado, and seven different reds. These are all fermented in stainless steel, unstemmed and under controlled temperature. After malolactic fermentation has taken place over winter, a preliminary tasting and evaluation of aromatic profile, structure and ageing potential determines which wines will become Crianzas, Reservas or Signature blends. Each wine will then be aged in selected French, American, central and/or Eastern European oak, with the different origins of the wood contributing with specific aromas and tannins.

This is the alchemical process through which the fruit from the 300 hectares of vineyards tended to by Vilano’s members become wines that stand for Ribera del Duero’s tradition and future potential.

Vilano’s most approachable wine, made with a selection of fruit from four plots planted to vines with a minimum 50 years of age. Aged for eight months in oak and three months in bottle prior to release. Powerful but poised aromas of blackberry and plum, with touches of spice and balsamic herbs. Round and inviting in the mouth, with a good structure and well-integrated tannins.

The ultimate expression of Pedrosa del Duero’s local terroir, produced with grapes hailing from the ancestral Pago del Vilano, planted in 1917. The old plants produce low-yields of very concentrated and expressive fruit, which is harvested and selected by hand.

The wine shows expressive blackberry and black cherry aromas lined by vanilla and cedar nuances, imparted by the 24 months ageing in oak. Flavours of blackberry, dark chocolate and coconut are supported by firm yet elegant tannins and fresh acidity. Long finish with lingering mocha and coffee notes.

This wine is an expression of both terroir and heritage, paying tribute to our ancestors by sourcing fruit from the centenary vineyards they planted and nurtured. There’s ripeness and concentration, which comes through in the complex nose. Layers of intense black fruit, spicy anis, clove, vanilla, and also an elegant smokiness. Velvety tannins on the luscious palate, leading onto the long finish.

A characterful blend that combines the concentration of old-vine Tinto Fino with the suppleness and aromatic expressiveness of Cabernet Sauvignon and Merlot planted at high elevation sites in Ribera del Duero. The product of the excellent 2016 vintage, this shows ripe red fruit alongside crunchy black cherry, blackcurrant and bramble. Spicy and floral notes add nuance and complexity. Elegant and full-bodied, with ripe velvety tannins and a long finish. 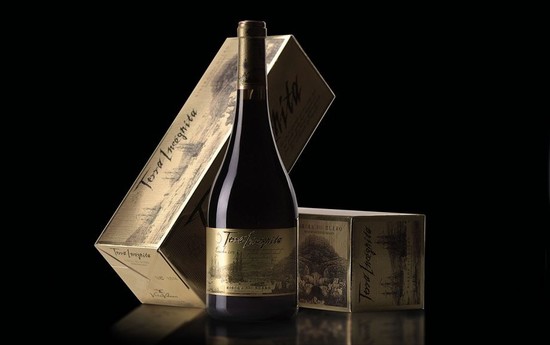