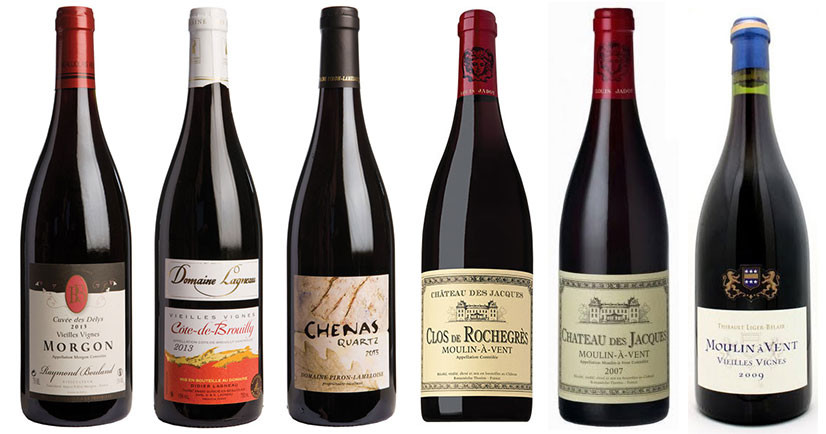 The 10 crus of Beaujolais suffered in the past from a lack of investment and poor winemaking, not to mention the glut of Nouveau. But things have changed.

There's a shake-up going on in Beaujolais that wine lovers should heed. The Beaujolais crus, in particular, are demonstrating that there’s more to the Gamay grape than just Nouveau. A series of successful vintages, including the exceptional 2009, are part of the reason but old vines, a unique terroir and a growing band of diligent and determined producers are also vital factors.

Try six of the top cru Beaujolais reds from Decanter panel tasting, with three over 95 points and three available in China.

Dark cherry and raspberry fruits on the nose with slightly grainy tannins on the palate. Medium body, balanced concentration and extract.

Pinot Noir like nose with lifted aromas and a grippy palate with lots of character. Good concentration throughout with a streak of minerality.

Lithe, berry fruits on the nose, crunchy and crisp on the palate. Some good density with tannins that are a bit hard but not overdone.

A very pepper-scented nose, with a deep-fruited core of black cherry. There's a really attractive layering of fruit flavour and complexity to this wine too, with persistent flavours. The tannins are firm, as is typical for Chénas, but they're supple too and balance the deep fruit flavours nicely. For cru Beaujolais, this is grand cru.

There's a really delicate raspberry fruit here, which is nice to see in a burlier appellation such as Côte de Brouilly. Underneath that, there's a lovely spice and black pepper edge around a dense of core of fruit that balances out the natural structure of this appellation. Not yet ready, but still delicious.

Lovely deep purple core. Vibrant, fresh and pure fruits on the nose with hints of violets and wild flowers. Fleshy palate with freshness and vibrancy. A juicy and forward wine with some reserves of tannins and acidity to allow further bottle ageing. Great example of Cru Beaujolais.