The parent company of Château Lafite Rothschild opens up to Jane Anson about its 10-year vineyard project in China and reveals plans to release its first Chinese fine wine next year.

Was it Aristotle who said that Nature hates a vacuum? If so, he would have been unsurprised to see the almost uninterrupted flow of speculative information about the Domaines Barons de Rothschild (Lafite) project in China since its inception in 2008.

First there were questions over a stalled early project, then over why they had picked the province of Shandong.

There were inevitable discussions over why they hadn’t selected Ningxia wine region, where the Chinese government has been encouraging wine companies with 50-year leases and the availability of grants, then why exactly it was taking so long to release any wine. There were plenty of replies to each question – but none of them came from Lafite.

This is because the Lafite team, like all of the Bordeaux First Growths, is extremely skilled in the art of discretion.

DBR’s CEO and president, Christophe Salin, was never going to give a running commentary on proceedings, but the gates are now slowly opening.

The first bottles of the inaugural vintage, it now seems almost certain, will make their way to market during Autumn 2018.

‘Everything takes time in China’ CEO Christophe Salin told me last week on his return from visiting the estate and its newly-completed winery. ‘Simply for the legal rights to import vines back in the early days of the project we needed agreement first at a national level, then regional and then finally local. You need to be extremely patient.’

Where is the Lafite China project based?

The Lafite China project, still known as Domaine de Penglai but likely to change name before the wine is released, is located near the city of Penglai on the Shandong Peninsula in eastern China.

The entire peninsula borders the Bohai Sea to the north and the Yellow Sea to the south, with Penglai being on the southern coast on the Gulf of Bohai, close to the Miaodao archipelago that comprises 32 tiny, rather beautiful islands.

Penglai had plenty of pre-Lafite moments fame as a prosperous harbour ‘thronged with traders from all over northeast Asia’, and as one of the treaty ports during various eras for foreign dignitaries to enter the Chinese empire.

All of this is described in a fascinating 2016 research project by the Royal Asiatic Society, but it’s fair to say that it was little known to wine lovers outside of China before Lafite arrived.

Clearly Lafite knows something about peninsulas, what with being in the Médoc since 1868, but where the Médoc is flat, rising to barely 30 metres above sea level, Shandong is hilly, even mountainous, with elevations rising from 180m to 1,200m.

Winemaking in China is almost always a tradeoff in terms of climate conditions, and here the mountains, planted by Lafite to well-drained terraces on slopes where coastal breezes offered a way to mitigate the hot, often rainy summers of Shandong.

‘But the latitude is similar, somewhere between Bordeaux and Piedmont, and where our vines are situated there is less annual rainfall than in Bordeaux, even if we do have the challenge of it falling in summer.’

Shandong also has a history of wine farming, with the local vine and winemaking institute based in the city of Yantai since 1957. That’s the place where Zhang Bishi founded China’s first ‘modern era’ vineyard and winery in 1892, alongside his many coconut, pepper, coffee, tea and opium farms (he also managed to found a bank and a shipping line and was appointed Imperial Commissioner of Commerce in Southeast Asia).

Today over 250 wine companies are based in Shandong, including Great Wall. The minority Chinese partner in the Lafite project, the state-owned CITIC Group, also has many building projects there.

How the vineyard was created

Salin said, ‘We have spent a long time teaching the culture of high level viticulture to our 50 local workers here, just as we did from 1988 onwards in Chile – so lowering yields, ensuring fully drained blocks, adapting the correct varietals to the right soils, adapting rootstocks and so on.

‘For past four years the vineyard manager from Lafite has been out there regularly showing how to prune and train the vines.

‘In the cellar, trials are ongoing with Lafite, Duhart and even Rieussec barrels to see what they bring out in the wine. This is not a romantic project but a scientific one – soil studies, climate studies, analysis.’

The 2017 vintage will marks the fifth harvest and is the third to be fully completed within their own new 5,600 square metre cellars, with all main building work finished. Last November the estate announced that the 2016 harvest had the best yields, physiological balance and quality level seen so far, and marked the passage from ‘experimental’ to real wine.

Other promising details are now becoming clear – back in 2008 DBR Lafite was granted a 400ha zone of protection in Penglai, where no other industry was allowed besides agriculture. Of that, they carried out soil studies with consultant Olivier Trégoat (and now full time employee) who found 25ha to plant back in 2011, meaning the vines are now six years old.

The split is 55% Cabernet Sauvignon, 15% Cabernet a Franc, 10% Syrah, 10% Marselan and 10% Merlot in granite and sand-gravel soils, with small pockets of clay. A further 25ha will be planted in 2018 after current soil studies have been completed.

‘We decided against Ningxia because the very cold winters mean you have to bury the vines, which weakens them and brings their life span down to around 15 years,’ Salin said. ‘We want the complexity of older vines and so chose a region where we can hope to have 40 year old vines one day’.

As of 2013, Olivier Richaud – who previously worked for 10 years at Château Beychevelle and also spent one year with Château La Tour Carnet in the Médoc – is in charge on the ground in China, working alongside Lafite’s technical director Eric Kohler and Olivier Trégoat, who oversees all the non-Bordeaux estates.

There are still plenty of questions of course – the final decision over the wines’ release will not be taken until early 2018, and is likely to be no more than 2,000 or 3,000 cases.

And we won’t know if the choice of Shandong over Ningxia – or indeed Yunnan, as with LVMH, was the right one until we have the wine in the glass. But the world’s most eagerly awaited wine project is one step closer to fruition. 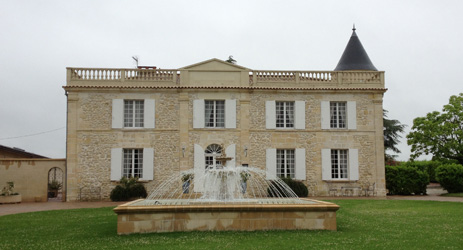