The sunshine is bright in the late evening, but the lengthening shadows bring a crispness to the air that tells you September has arrived, and that the Loire summer is breathing out its last heavy sighs.

The scenery catches your breath at every turn. At least two Walt Disney depictions of fairy-tale castles are based on actual castles in the Loire – Chateau d’Ussé for Sleeping Beauty and Cinderella, and Chateau de Chambord for, well pretty much any other Disney film that needed some impressive spires and turrets.

But up here, falling steeply from a 350-metre summit of Sancerre limestone, the Pinot Noir and Sauvignon Blanc grapes are unhurriedly waiting to reach maturity and the hands of the 150 pickers that will be moving through the rungs in a few weeks’ time. Sancerre largely escaped the devastating hailstorms that flattened much of the western Loire over June and July this year, and its winemakers are grateful.

‘We are still a few weeks behind our normal schedule,’ Arnaud Bourgeois, 10th generation of his family to run Domaine Henri Bourgeois from the pretty village of Chavignol. ‘The 2013 season creaked along in the early months, as it did all over France, and we are still playing catch-up. This isn’t going to be our most abundant year ever, but overall we are tentatively confident that the quality is there.’

The appellation of Sancerre is made up of 14 villages, criss-crossed across a series of steep hills, with tiny ribbon roads connecting each one. The landscape is dominated by the river Loire, France’s largest waterway that stretches for 630 miles from its source in eastern France to the western coast of the country and the Atlantic Ocean. Along the way, it gathers 90 appellations along its banks, but the resulting profusion is actually simpler than it sounds, with many Loire appellations concentrating on single-varietal wines. Over here, the soils are largely chalky, perfect for their taut expression of Sauvignon Blanc, with wide streaks of red clay and pebbles where you’ll find the delicately aromatic Pinot Noir. On the far side of the river, limestone gives way to flint and schist, and the village of Pouilly-sur-Loire, where the more generous, gunsmoke-streaked Pouilly Fumé Sauvignon Blanc is produced.

Arnaud Bourgeois runs the family estate with his father, brother and cousin, working across their Loire property and the family’s other vineyard in Marlborough, New Zealand. There are just 172 inhabitants in the village of Chavignol, and the family still uses their grandfathers’ house for bottle storage, carefully laying down wine in the 200-year-old vaulted cellar where the Bourgeois family has made wine for generations. A few steps up the hill is a smart three-tier gravity-led winery and on the far side of the road is a new tasting room, fitted to receive the close on 10,000 visitors that come by each year to taste and buy the family’s wines both from the Loire and New Zealand.

‘I have always loved to travel in search of the perfect expression of both Sauvignon Blanc and Pinot Noir,’ Bourgeois tells me over a tasting when we reluctantly head back down from the summit. ‘You gain so much understanding of your own estates, and the potential of your wines, from experiencing how the same grapes react in different parts of the world. My wife is from South Africa, and there are some excellent examples of Sauvignon Blanc there, but for me, it was when I visited New Zealand in the late 1990s that I had my first unforgettable Sauvignon from outside of the Loire. The aromatics are more generous than in Sancerre, more gooseberry, citrus fruits than the intense lean minerality that comes through from these soils in France. It’s the absence of limestone in Marlborough that does it, and of course the climate. But both are thrilling wines to make, and to drink – especially with a little bottle age, when the flavours deepen and the different soil types can be more clearly distinguished’.

The Henri Bourgeois wines are not only single-varietal, but they are single-plot, divided and bottled according to soil type. There are nine separate bottlings of Sauvignon Blanc alone, three just from slope that we are standing on – named Les Monts Damnés (damned mountain) hundreds of years ago by ancestors frustrated by the infernal effort required to tame the soils.

‘We don’t believe in blending the different plots, unlike many Sancerre producers, as we like to keep each terroir separate. We change everything for each plot, from the work in the vines during the season, to the winemaking in the cellars. We have dozens of plots across the appellation, some with just six or seven rows of vines. We believe in ensuring each one is low vigour, and low yield, but we want their separate personalities to come through in the glass.’

Bertrand Daulny, a renowned oenologist and the go-to consultant in the Loire Valley, is close to completing a study that suggests climate and vintage has a far greater effect on wine styles around here than soils. Bourgeois is a great friend of Daulny, and has been following his study, but is firm in his belief.

‘Minerality, aromatics and flavour profiles are a combination of many elements, clearly, but when we blind taste all our vats every February, there is no mistaking the wines from the flinty soils, or those from the pure limestone. It’s the geography of Sancerre writ large.’ 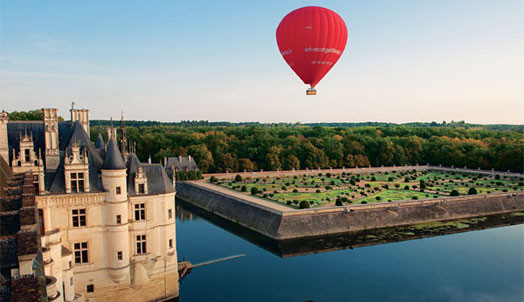