A team of 'super tasters' has pin-pointed seven sets of aromas in aged Bordeaux and it's helping scientists to find the molecules that shape terroir. Jane Anson reports from the cutting edge of wine science in her latest Decanter.com column... 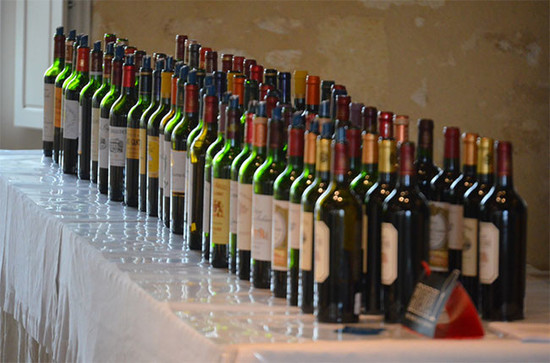 A few years ago, I attended a fascinating a vertical tasting of Château Haut-Bailly wines from 2012 back to 1998, so 15 vintages in all. It was being held for a PhD student at the Bordeaux oenology school called Magali Picard who was researching into exactly how and why fine wines develop such complex aromas during ageing.

Haut-Bailly was selected as a good example of an estate known for its ability to age slowly and gracefully, but Picard was carrying out similar tastings at other chateaux, and holding larger comparative ones back at the university’s tasting lab.

I recorded my notes, enjoyed the discussion, and filed away Picard’s contact details, interested to follow her research. I learnt a few weeks ago that she was awarded her doctorate in December 2015, and is currently being deservedly feted for what she has learnt about one of the most fascinating but least studied areas of oenology.

There is still so much to learn

It might seem crazy that in a region like Bordeaux there is still so much to learn about the aromatic compounds of red wine, and especially the older reds that have developed the complex ‘bouquet’ that Bordeaux is so famed for worldwide. It has long been clear that significant chemical changes in volatile aromatic composition occur during wine ageing. But the why and how has been missing.

This is at least partly a result of one of the most wonderful things about wine – that it isn’t an eternally fixed point on a scale, that you can’t pin it down and hang it on a wall. The molecules that make up a young wine will merge, evolve and even change their very nature over time.

They will do this not just as a result of the linear action of time, but depending on who they are standing next to – so molecules from oak barrels that have found their way into wine will slowly combine with their neighbours that originated from cabernet sauvignon skins and come up with something else entirely.

Over a few years in bottle, the repeated act of single molecules combining, rearranging and rewriting themselves leads to the complex beauty of an aged wine. And the ‘in the bottle’ part is key, because the ageing is taking place in a reductive, or limited oxygen, environment. The reactions that affect the bouquet of an old wine depend on the ‘redox’ balance (effectively the amount of oxygen or lack of it available to the wine) which is strongly influenced by pH, temperature, and storage time. And the prize offered by Picard’s thesis was to better understand the, as she puts it, ‘formation of active odorous molecules’ responsible for all of this.

Tasters put to the test

To do this, she asked over 140 tasters (largely oenologists, winemakers and consultants) to first answer a questionnaire about their personal definition of the positive ageing bouquet. Their answers showed that numerous concepts are involved, from complexity and balance to specific sensory clues.

From here, 13 ‘super tasters’ were asked to record their sensations of 30 quality Bordeaux wines spanning 12 years from 2005 (when the wines should have been on the tipping point of leaving the young primary aromas behind) right back to their more genteel dotage of 1994. At this stage Picard found large agreement between tasters, who highlighted a pool of seven main aromatic notes.

The seven aromas of aged Bordeaux:

What this means for winemaking…

Alongside this, three specific wines from Pomerol, St-Emilion and Margaux were studied through 19-year verticals to look at terroir impact.

Armed with all this data, the scientist in Picard went to work. Using liquid chromatography to isolate the molecules, she explored the exact makeup of the compounds that correlate with these aromatic notes, with the hope that by better understanding these molecules chateaux will be better placed to encourage and protect them. The link to certain types of terroir raises the possibility of more precise vineyard work.

The key results mainly focused on empyreumatic notes, so the toasted/roasted hazelnut that comes from barrel ageing and, almost certainly, specific terroirs, and the aromatic impact of weak sulfur compounds such as DMS (dimethyl sulfide) that build in concentration and intensity over bottle ageing, and are associated with the truffle and undergrowth aromas so prized in old Bordeaux.

A pleasing sideshow has been the introduction of a new molecule that contributes to the classic mint aroma of an aged claret. Step forward piperitone; found in highest levels in wines with a dominant Cabernet Sauvignon blend, and interestingly in these tests most commonly found in wines from the Margaux appellation.

There aren’t many molecules that get to keep their chemical name when sent out into the wider world. Pyrazine might be one, referring to the green pepper taste of under-ripe grapes. And the earthy taste of geosmin made it into last year’s fourth edition of the Oxford Companion to Wine, so might be getting a pass out to normal tasting vocabulary. It remains to be seen if piperitone will join them, but in the meantime its discovery has made a lot of people very happy indeed.

Now try this at home…

If you want to experience piperitone for yourself, pick up a bottle of this. You’ll find a gentle cedar-filled nose with hints of tobacco smoke, followed by blackberry, bilberry fruit that is soft, smudged, crushed underfoot. On the palate, all is beautifully smoothed-out. The length is impressive, with persistency that is laced with ever so gentle white pepper and no hint of aggression from the tannins.

Then right there, on the tightness of the last few breaths, is the piperitone. It’s in the minty, menthol undertones that tell you there is more to uncover. To find it even more clearly, take an intake of breath once the wine has left your mouth – piperitone will be there in a gentle blast of freshness, another piece of the puzzle as to why a good aged Bordeaux can be just so mouth-wateringly satisfying.

Do you agree with the 13 super tasters about the seven key aromas of aged Bordeaux? Let us know in the comment section below. 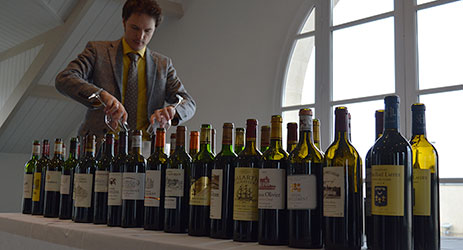